Traditional mowing regimes being ditched as aesthetics and morality come under scrutiny. They were once a status symbol for the rich, and later the pride and joy of suburbia. But the immaculately striped, tightly mown lawn is becoming an endangered species. 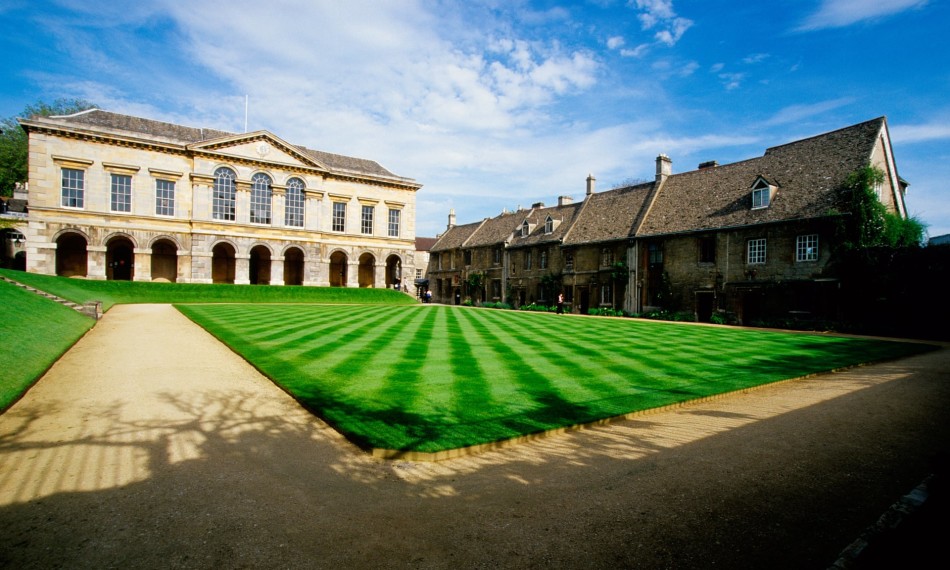 Monty Don this week called time on the predominantly male, British "obsession" with a tidy lawn, arguing that fossil-fuel-powered mowing was noisy and "about the most injurious thing you can do to wildlife".

Even the quads of Oxbridge colleges, regarded by traditionalists as home to some of the finest lawns in the world, are dabbling with rewilding. King's College, Cambridge last year turned the lawn beside its chapel into a meadow.

Lawns were cultivated by the very wealthiest, who could afford to employ men with scythes. In the 1830s, the first cylinder mowers were pulled by a pony in soft leather boots to protect the grass. But the arrival of suburbia, and the petrol-driven mower in 1902, led to the cult of the immaculate lawn becoming a national obsession.

Now the aesthetics and even morality of a striped lawn are being challenged. Michael Pollan, the US writer, declared: "Lawns are nature purged of death and sex."

Don's comments were "music to our ears", said Trevor Dines, of Plantlife, which urges people to pause mowing lawns in May to allow daisies, bird's-foot trefoil and dandelions to flower in the grass.

Those taking part in the charity's Every Flower Counts survey have identified 207 species of flowering plant in lawns, including bee orchids, meadow saxifrage and eyebright. Plantlife calculates that one square metre of lawn left to flower supplies enough nectar to sustain on average 3.8 bees a day.

Dines said Plantlife had been inundated with local authorities and others such as hospital trusts seeking to maximise flower and nectar production on parklands and green spaces.

"It's a win-win for everybody," said Dines. "You're cutting down on your petrol costs, CO2 emissions and the time it takes to do the work, and it's a massive benefit for wildlife."

Last spring's lockdown led to the inadvertent wilding of stately home lawns. The furloughing of gardeners meant the National Trust had to trial wilding in some of its 250 formal gardens and parks.

The olive grove in Overbeck's, Devon, which is normally cut weekly, was left uncut between May and September to develop a wildflower meadow. Chris Groves, the head gardener, said: "It looked much better than mown grass, so this is how we intend to manage in the future." 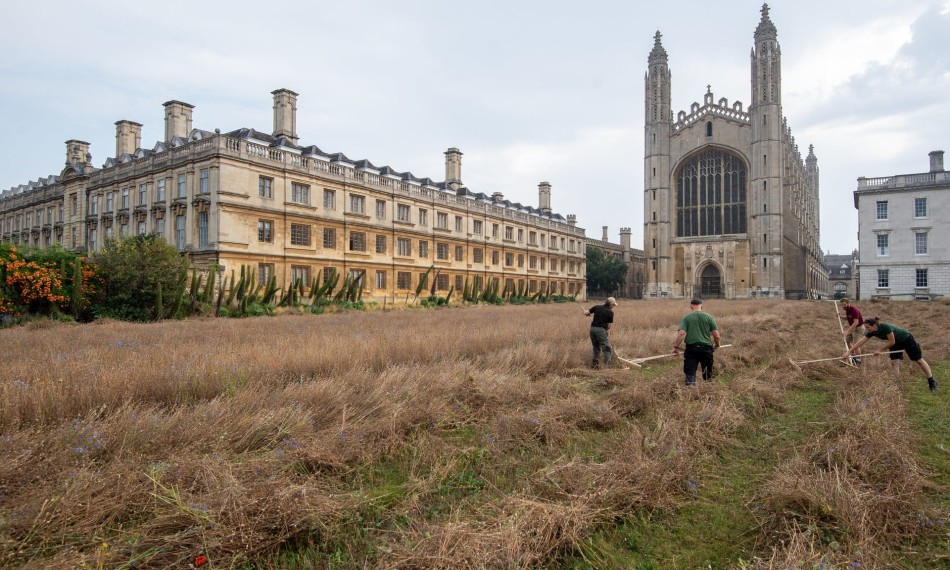 The Royal Horticultural Society advises gardeners to let lawns go brown in summer rather than water them, and consider drought-tolerant wildflower meadows over traditional grass. At its gardens at Wisley in Surrey, the 50-acre arboretum and conifer lawn are now managed as meadow rather than being cut short.

One garden designer, Alex Collins, said a "tidy" lawn was a generational tendency. "I've come across people - men - who are obsessed with 'weed and feed' on their lawns, and they tend to be people Monty Don's age, but that might disappear in a generation," she said.

Her clients still want grass areas - for dogs, children or deckchairs - but are keen on wildflowers and clover lawns, a nod towards the Elizabethan penchant for scented lawns of camomile or thyme. "I often hear my clients say 'we want a wildlife-friendly garden'" she said. "There's definitely a movement towards things like wildflower turf."

But the immaculate lawn retains its champions. The National Trust maintains "fine lawns" in gardens such as Cliveden in Buckinghamshire, Polesden Lacey in Surrey and Blickling Hall in Norfolk, arguing that they are part of the "spirit of place". And David Hedges-Gower, the founder of the Lawn Association, argues that King's College's wildflower meadow "will look like a muddy field for four or five months of the year".

Hedges-Gower fears that the well-tended lawn is the victim of a pincer movement between the welcome trend for wildflower meadows and the less welcome spread of artificial turf. He has launched a petition to ban plastic grass. "Lawns should be looked at as an environmental necessity," he said. "Take grass away from our planet and we're not here."

Hedges-Gower argues that Don's criticisms of tidy lawns are based on a stereotypical view derived from previous eras' shaven lawns, and it is possible to have a neat and environmentally friendly native grass lawn.

"The British lawn can continue for a long time," he said. "We've got battery-powered cylinder mowers where you can have that stripe, we've got organic fertilisers and native grasses that don't need watering. [The TV show] Gardener's World need to come out of the 1970s and start talking about modern lawn care."

Even Plantlife points out the benefits of both long and short grass: its research shows that mowing lawns once every month maximises floral abundance, while a mix of short and long grass optimises both biodiversity and flowering periods.

Nick Fraser, the head gardener at the National Trust's Nunnington Hall, North Yorkshire, frames wildflower areas with mown grass to ensure that "it doesn't look neglected or unmanaged". He's also created a tapestry lawn with a chequerboard of square-metre patches of daisies, self-heal and bird's-foot trefoil.

"When we first started the wildflower meadows, people used to ask: 'Is your mower broken?' Nobody says that now," he said.

Ten years ago, said Fraser, curtains would twitch over an untidy lawn in suburbia. "In 10 years' time people are going to be tutting over a neatly mown lawn and thinking: that's not very wildlife friendly."