The desire for continual improvement is high at Leamington & County Golf Club, with the ambitious team of head greenkeeper and general manager turning to the Foley ACCU-Sharp 605 for cost saving, plant health and ease of use. 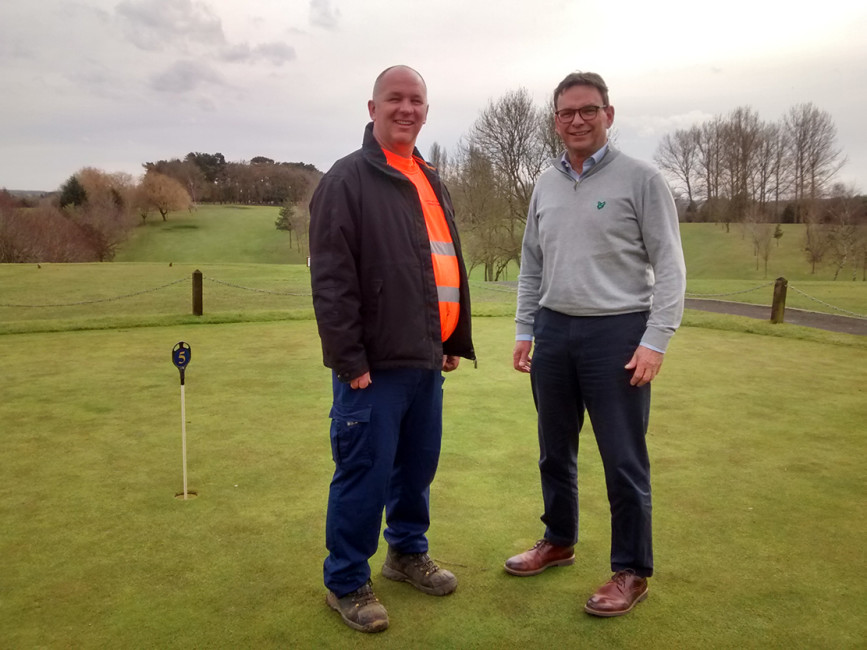 The duo of head greenkeeper, Jason Cooper, and general manager, Bryan Frazer, make a formidable team through their understanding of each other's role in maintaining and elevating one of Warwickshire's finest parkland courses.

The most recent display of their common objective was bringing grinding in-house with their first ever on-site grinder. Criteria were drawn up, the options examined, and the result now sitting proudly in the workshop sporting a familiar green and black, is the ACCU-Sharp 605 spin and relief grinder.

Bryan is the driving force behind what is a progressive and forward-thinking club that is always trying to improve for its members, but also the outside golfing world. His aim, by providing Jason and his team with equipment they need, is to improve on the already high standards and create new competitions by building a reputation for excellence.

Women's golf is an area Bryan is particularly focused on and it is his hope that Leamington & County Golf Club will be able to attract some of Britain's top female golfers in years to come - but the improvements begin by improving the course.

"The core thing for us was that buying the grinder through a finance deal was a no cost option because we already had a cost for contracting. This on-going expense is now gone, and the fixed term means we will be cost free within five years," Bryan said.

"Our point of view on is that by learning new skills and having our own machine it would be cheaper than the winter service work and provide us with the flexibility we need to offer more events." 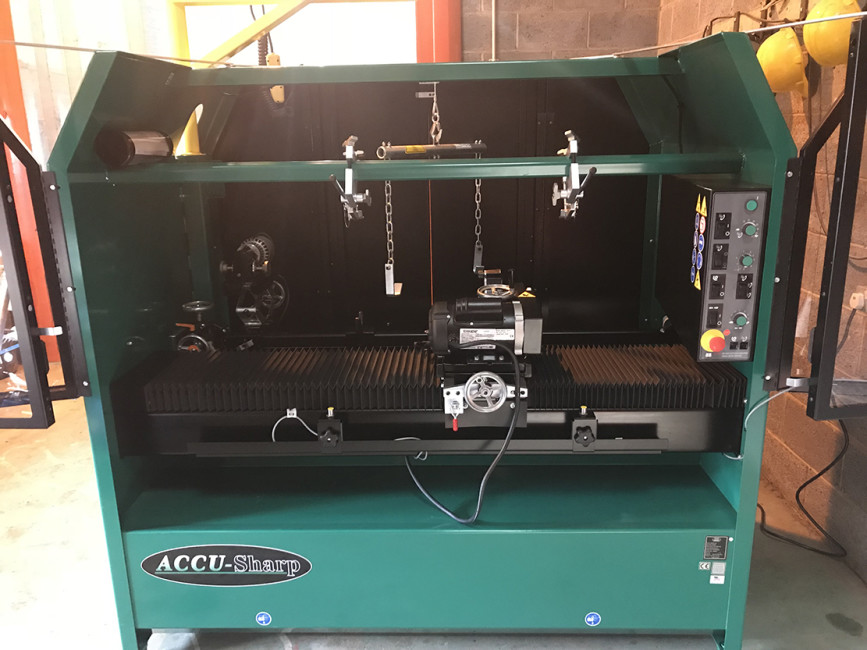 "Ian invited us to Farol's (John Deere dealership at Hinckley) for a demonstration of their Foley grinders, and it didn't take me very long to say to Jason 'We could definitely use this grinder to raise the quality of the golf course.' and along with the new drainage schemes underway, we will be able to sustain a better course for the same money and then look at how we offer that to our members and the wider golfing world."

Of the numerous considerations in the decision-making process, the most crucial for Jason was the time it would take to learn and operate the grinder for first time users. After going through training with ProSport UK's Ian Robson, himself and two of his staff quickly realised the simplicity of operation.

Jason explains: "Learning to use the machine has been fine.. Two of us are more mechanically minded than the other that's using it, but I wanted him on board so someone who knows the process is always on site. He found it incredibly easy and intuitive to use, with the direct training provided by Ian to explain the basics. We've got it on a rotation system where one strips the unit down, one does the grinding and then the other person rebuilds, and we swap it around so we all get used to it.

"The really interesting aspect we have discovered, is the concept of relief grinding, but once you understand the principle, it makes perfect sense to take grinding from basic sharpness to a whole new level of excellence. It gives us that ongoing improvement in the quality of the cut, we reduce disease, we reduce fungicides, we reduce pesticides and gain a lot of flexibility."

All these positive benefits will allow Jason to pursue his goal of having the course at the same high standard for the entire season, whilst also allowing Bryan's vision for the club and what they can offer to expand.

Jason continues "We can plan when we're going to grind now, for example before our main club event. We can give the cylinders a quick sharpen and we'll have a nice crisp clean cut. We can work with this flexibility and see what we can achieve. If a mower goes off cut or the reel is damaged we aren't waiting for a day and half for it to be fixed, we can turn it around ourselves and get back up and running within a few hours."

Looking for ways to improve is a very strong part of the clubs continued success and by working together Bryan and Jason hope to elevate the course and fulfil its potential, and both view the acquisition of the ACCU-Sharp Sharp 605 as a vital part of that progression.