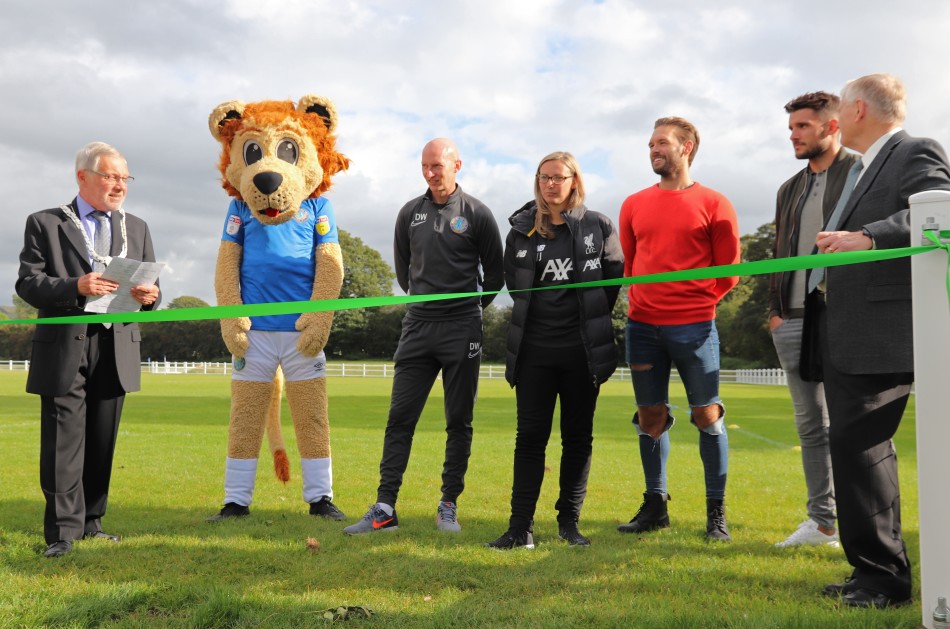 The renovated sports pitches were made possible thanks to investment from the Premier League, the FA and the Government's Football Foundation, as well as contributions from a number of other local organisations. The construction contract was managed by Bollington Town Council.

After netting a £97,898 grant from the Football Foundation, work began at the Bollington Cross Sports Field in October 2018. The work included the creation of new 5v5, 7v7 and 9v9 pitches, all constructed to the appropriate FA standard, with significant drainage improvements made to the newly levelled site of the three pitches.

The new and improved pitches will help limit the number of cancelled matches which are often caused by waterlogged surfaces in the winter months. Bollington United JFC's junior teams ranging from Under-7's through to Under-12's will play on the new surfaces starting from September 2019 for the new football season.

With the new and improved pitches, it is anticipated that Bollington United JFC will be able to grow from 23 to 28 teams over the next five years. This will support competitive playing opportunities for over 400 people and provide the whole community with suitable sports and recreation facilities.

Gareth Evans grew up in nearby Macclesfield whilst James Bailey was born in Bollington. Both players started their playing careers in the North West and returning to Bollington United JFC gave them the opportunity to reminisce over their youth football days.