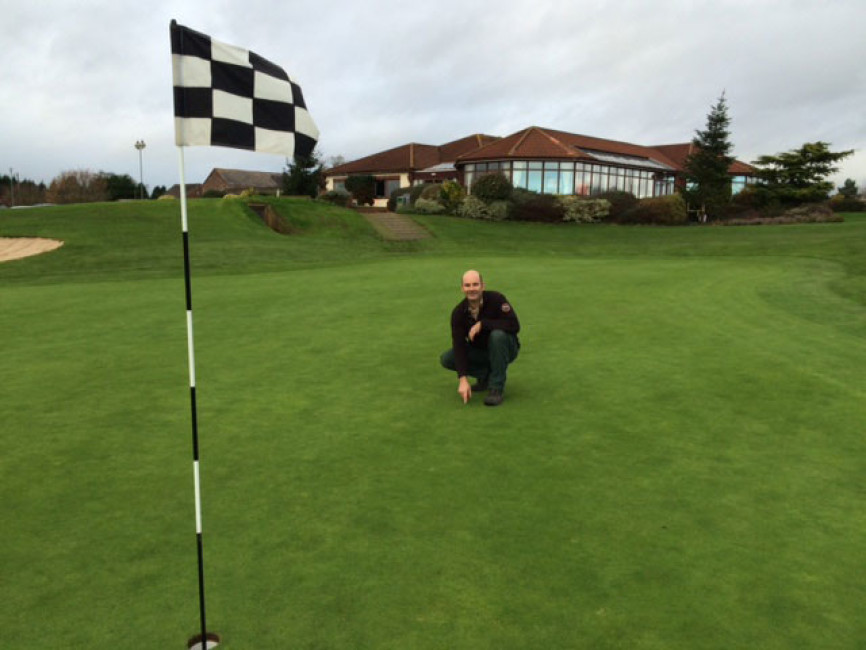 Medallion TL is a contact turf fungicide containing 125 g/L of Fludioxonil actively developed for the sole purpose of providing the opportunity to maintain high levels of disease control in cold conditions.

Specifically approved for the control of;

Medallion TL works in such a way that when it makes contact with pathogenic spores it disrupts the regulation of osmosis (osmoregulation) which results in the disease pathogen cells rapidly absorbing water to such a point that their cell walls can no longer maintain rigidity, at which point they explode, therefore nullifying the threat of the pathogens. Furthermore it also has the same effect on disease spores in the thatch layer and at the soils surface, changing the way we think about disease control by not only protecting from disease infection, but also reducing disease spore numbers and lowering the risk of further infection.

Independent trials have shown that Medallion TL forms a 'Protective Shield' on the surface of the leaf where it works to protect turf and plants through harsh conditions such as rain and even under a thick blanket of snow that can be disastrous in allowing Microdochium Patch to develop.

Independent trials by the STRI concluded that when applied at the point of 5% visible infection, Microdochium Patch had immediately stopped spreading and within three days turf had already begun to recover.

One proponent of Medallion TL is James Williams, Course Manager at Oake Manor Golf Club in Somerset. The 18 hole club was founded in 1992 with a series of lakes, cascades and a trout stream complimenting the stunning views of surrounding hills and providing the golfer with both interest and hazard in equal proportion.

From a course management perspective the varied water courses contribute to a humid atmosphere at times of disease pressure, as a result James is realistic about the necessity of fungicide use in such circumstances. "It is important to take a rounded approach to disease management and cultural practices are increasingly important with scrutiny on the use of active ingredients in the industry." He continued, "when conditions mean risk of disease is high then if have found that Medallion TL applied once in October and again in January keeps my greens disease free throughout the winter. Obviously with it being a contact growth rates are an important factor for longevity. For me this seems to be when temperatures are below 6 degrees but compared to similar products I have tried then Medallion is more effective on my course."