by External source
in Conservation & Ecology
on 05 Sep 2017

The European Food Safety Authority (EFSA) has concluded that focusing on the trade of plants intended for planting and on the presence of infective insects in plant consignments would be the most effective ways of limiting the spread of the bacteria Xylella fastidiosa. 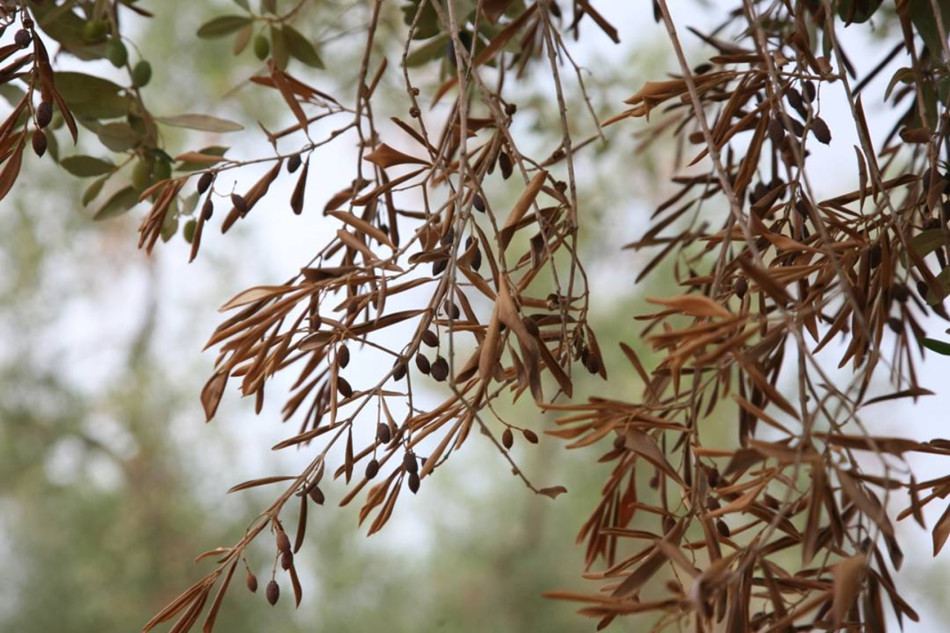 Xylella is not like Dutch Elm Disease or Chalara (Ash Dieback) that affects one type of tree, but a disease that, to date, the EU has identified 73 host plants including oak, elm and prunus (plums, cherries) to name a few!

As a result, a growing number of major UK nurseries are calling for a partial or even complete ban on the importation of any plant material into the UK as they feel we are sleepwalking to disaster. They say that we need to debate this serious issue and discuss whether there is a solution or method to stop Xylella reaching the UK.

Xylella fastidiosa affects its host plants by invading their water-conducting systems, moving both upstream and downstream. In so doing, it restricts or blocks the movement of water and nutrients through the plant, with serious consequences, including death, for some host plants. Although X. fastidiosa is not known to be present in the UK, there is a heightened risk of its being accidentally introduced since it was discovered in Italy in 2013 and Corsica and mainland France in 2015.

Transmitted by certain types of sap-sucking hopper insects, the bacteria X. fastidiosa can be hosted in a very broad range of plants including almond, peach, plum, apricot, grapevines, citrus, coffee and olive as well as oak, elm, Ginkgo and sunflower. Importantly, plants can carry the bacteria without showing signs of disease. X. fastidiosa is regulated as a harmful organism in the European Union (EU), whose introduction into, and spread within, all Member States is banned.

The European Commission has requested EFSA to provide urgent scientific advice outlining the list of known plant hosts, identifying the different ways that infected plant species and carrier insects could enter the EU as well as identifying and evaluating possible preventative measures.

Plant health experts at EFSA have concluded that X. fastidiosa has a very broad range of known host plants in the EU, including many grown for agricultural production as well as indigenous wild species common in Europe. Additionally, there are a large number of species that could potentially be infected by the bacteria, but have never been exposed, making it difficult to establish what the likely impact would be. Importantly, the sap-sucking hopper insects found in the EU that could potentially carry the disease are likely to have different feeding habits and patterns.

As the only natural means for spreading X. fastidiosa is by the sap-sucking hopper insects that generally can fly short distances of up to 100 metres, movement of infected plants for planting is the most efficient way for long-distance dispersal of X. fastidiosa. In addition, the transport of the insects that carry the bacteria in plant shipments and consignments has been identified as a concern.

The main source of X. fastidiosa into the EU is therefore trade and thereafter the movement of plants intended for planting. Other potential sources of infection were assessed including fruit, wood, cut flowers, seeds and ornamental foliage. However, these were considered either negligible or low in terms of potential pathways for introduction of the bacteria.

There is no record of successful eradication of X. fastidiosa once it has been established outdoors. EFSA therefore recommends that preventative strategies for containment of outbreaks should focus on the two main routes of infection (plants for planting and infective insects in plant consignments) and be based on an integrated system approach.

Following this rapid assessment, EFSA's Plant Health Panel will conduct a comprehensive assessment of the risk posed by Xylella fastidiosa to the EU crops and plants.