"Sports-mad" Liverpool is bullish about its prospects for hosting the Commonwealth Games, a mood bolstered by its newly upgraded athletics centre of excellence. Greg Rhodes reports on how the city is on the 'right track' for the 2022 games. 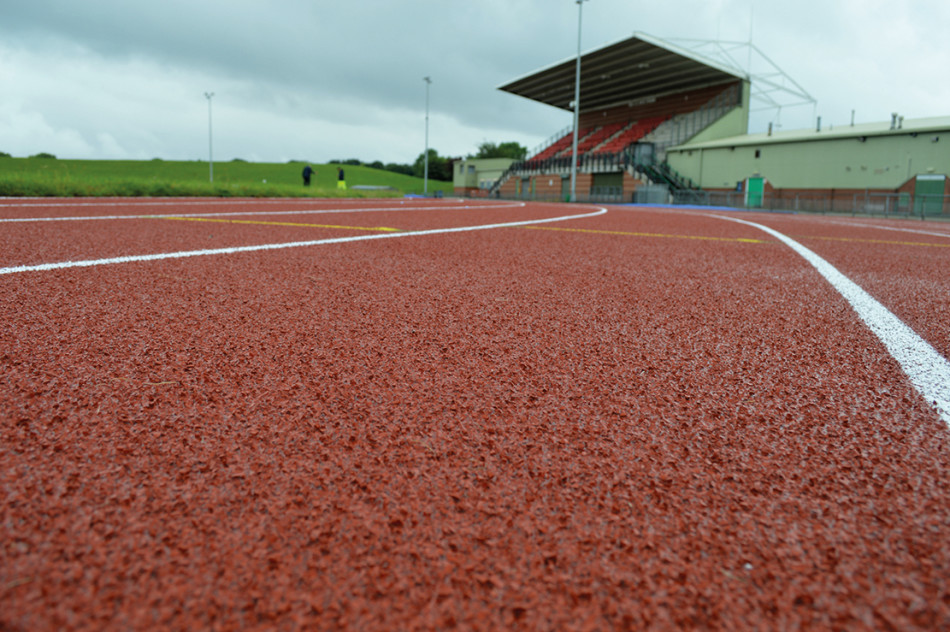 Even as Liverpool rises once more as a Premiership force, and Anfield assumes its rightful place among the nation's top football venues, the city is strengthening its bid for the right to stage the 2022 Commonwealth Games.

A major element of that mission is the transformation of Wavertree Stadium into an athletics centre fit for regional, national and international competition.

Over the last four years, track facilities at the stadium have been substantially upgraded, indoors and out, to create an athletics venue that the city's bid team is proud to shout about.

The home of Liverpool Harriers and Athletic Club was used as a training centre for London 2012 and has been the base for top track and field athletes, including Anyika Onuora, GB bronze medallist 4 x 400m relay in Rio, 800m and 1,500m Olympic runner Curtis Robb, British record high-jumper Steve Smith, 2012 pentathlete/heptathlete Katarina Johnson-Thompson and David Devine, double bronze medallist at Paralympics London 2012.

Completed in early July, the new track includes a 110m home straight, mirrored by another on the back straight.

For the specialist sports contractor, one of the three divisions of construction to plant hire group Cleveland Land Services, the track is its most prestigious outdoor athletics surface to date. 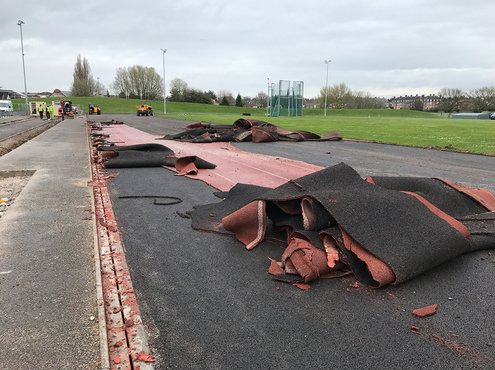 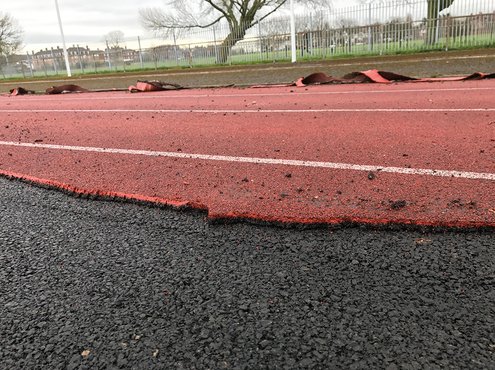 David, 52, has experience of constructing synthetic sports surfaces stretching back nearly thirty years and has travelled abroad under that remit. Amongst his many projects are construction of two athletics training tracks for the London 2012 Olympic Games, as well as a host of installations within the independent schools sector.

His responsibility covers everything from site surveying for feasibility studies to managing the process from contract award to completion, signoff and aftersales support.

On the back of cost-saving measures, Liverpool City Council has approached the Harriers about the prospect of them taking over the day-to-day management of the facility, subject to the site being fit for purpose. Talks are continuing, with the club anxious to ensure the financial machinery driving any deal is sustainable for them over the long term.

Council-run athletics tracks are costly to maintain and seldom deliver the level of return needed. The trend is to upgrade them to become fit for purpose before leasing them to local clubs, who are then responsible for running them

Commenting on the shift in management of athletics facilities nationally, David notes: "Council-run athletics tracks are costly to maintain and seldom deliver the level of return needed. The trend is to upgrade them to become fit for purpose before leasing them to local clubs, who are then responsible for running them."

As a centre of excellence for athletics, Wavertree Stadium is expected to stage major track and field club and county events. The new surface is seen as a faster one than its predecessor and hopes are high that competition on it will challenge national and international records. 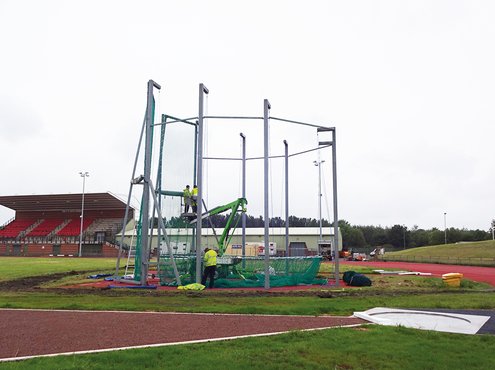 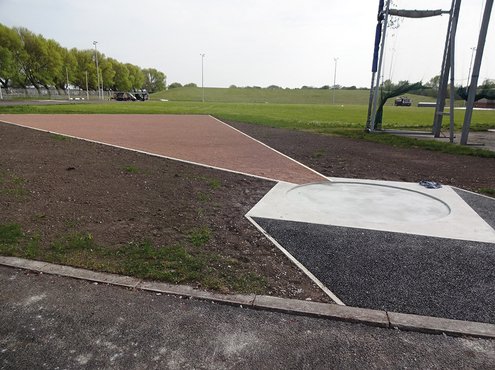 The expanded shot put zone includes both Redgra and traditional surfaces, whilst field capability has been further enhanced with a hammer cage and triple jump running between two long jump strips to also allow side-by-side competition.

Arwel Williams is the longstanding Honorary Secretary of the club and has witnessed a generation of athletes train and compete at Liverpool Harriers.

A national athletics official, Arwel, 58, was a member of the organising team for the IAAF World Championships in London (out of stadium), held this August at Queen Elizabeth Olympic Park, as well as the 2017 Paralympic Athletics World Championships staged in July, where he was chief judge of the field events.

He knows, perhaps more than anyone, the importance the upgrading means to what is an historic sporting focus. "We are a top-end track and field athletics club," he stresses, "the only one offering this scale of facilities in Liverpool and are centrally based for the city."

We are a top-end track and field athletics club, the only one offering this scale of facilities in Liverpool and are centrally based for the city

With membership standing at more than 600 - "a good number for the size of the city" - Liverpool Harriers are poised for boom times in the wake of the refurbishment.

The city boasts no fewer than three universities, so athletically-minded undergraduates would want to spend time at a quality facility, he adds. "We tend to see students who are just starting out at university - in September and October.

"They start off keen as mustard, then their enthusiasm dies off later in the academic year." That sounds like a warning note, but he adds quickly. "If they stay in the city, they join us." 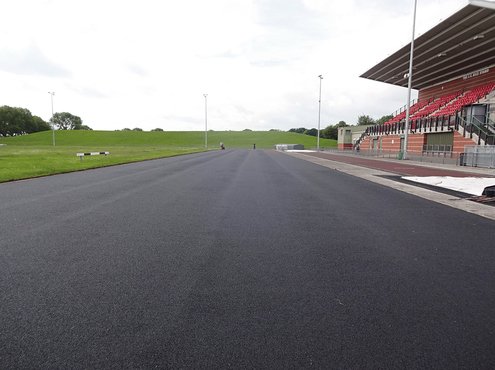 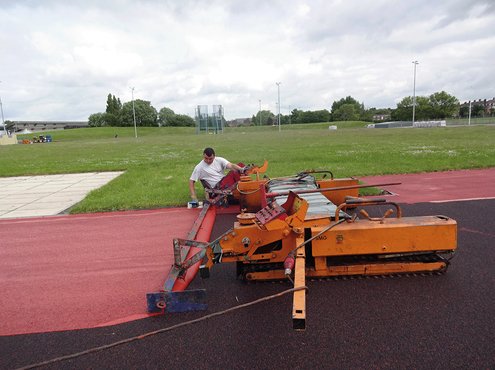 The old track had been due for renewal for some years, Arwel notes. Although the clubhouse is ours, the sporting provision and 600-seat stand is council-owned.

"Parties have ongoing discussions relative to an asset transfer option and it was the dilapidation survey that revealed the extent of the refurbishment needed before that option was truly on the table," he says.

Chris Jones, chief executive of England Athletics, viewed the project recently to check on the sports governing body's new investment and was reportedly impressed with what he saw.

"At around £600,000, this is a massive investment in the site and allows the stadium to hold enhanced events such as heptathlons and decathlons as well as club and county competitions."

Built in the mid-1980s as a regional centre of excellence, the site was "looking tired," states Michael Kearney, acting Head of Sport and Recreation at Liverpool City Council.

The new outdoor track is the final hurdle to the site's bid to regain its former glory after Sport England funding had allowed the 25-year old damaged floodlighting to be replaced to modern-day standards three years ago.

Indoors, the four-lane 60m training surface was deteriorating. "We'd thought about bringing the London 2012 warm-up track here," says Michael, "but it was impracticable, so Sport England and England Athletics funded the relaying of the surface - a Mondo sandwich system. The indoor lighting was replaced too." 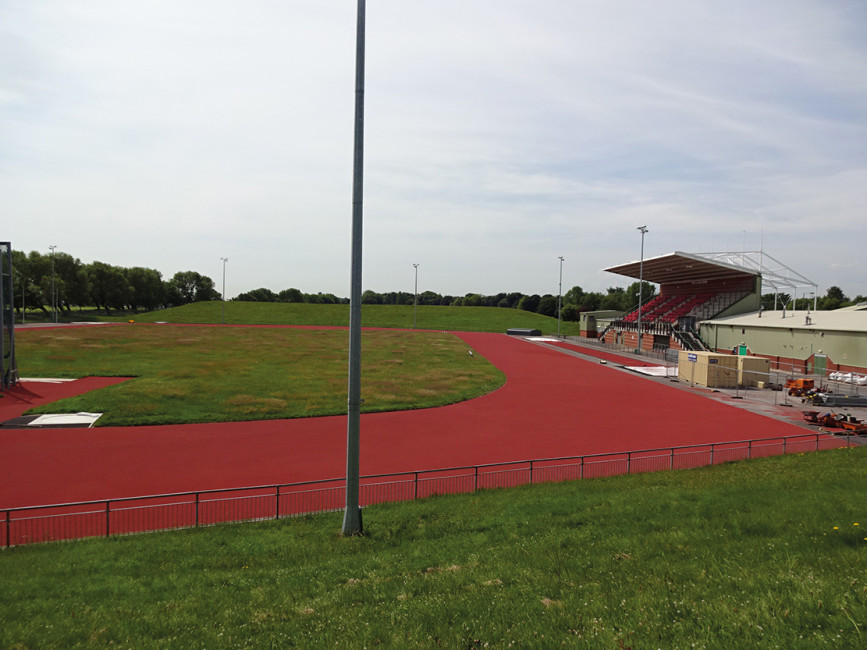 "The outdoor track is another example of our continuing partnership between Sport England and England Athletics - the former ploughing in £560,000 and the latter £65,000 under an £800,000 project to deliver a facility of national stature."

Athletics was not always the main focus of attention at Wavertree. Well before the centre had functioned as a training facility for London 2012, the stadium had hosted what is reportedly the first ever baseball World Cup game, back in 1938.

However, the stadium forms just one element of a multi-sport hub owned and run by the city council. Wavertree Sports Park complex is home to Liverpool Aquatics Centre, featuring 50m competition and 20m community pools,

Liverpool Tennis Centre and Wavertree Athletics Centre, plus other health and fitness facilities, including a substantial Lifestyles Gym, operated by the Council.

The six indoor acrylic tennis courts and eight outdoor macadam courts, four of those floodlit, mark a major focus - LTA, Sport England and Liverpool City Council has recently funded the project and the venue has hosted major competitions, including the Nike Junior International in 2013 and 2014.

The full-size 3G floodlit playing surface was constructed with Football Foundation funding. Set in a public park, the sprawling sports hub also numbers several grass pitches and a community bowling club among its spread of provision. 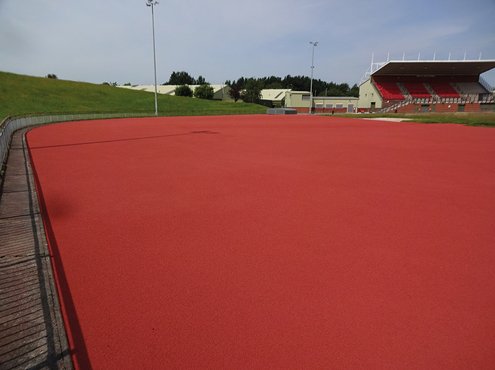 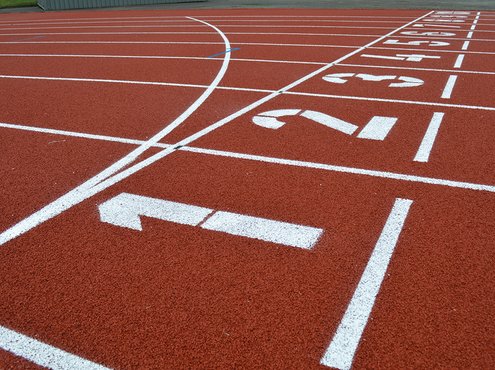 Wavertree is placed in the context of Liverpool City Council's bid to host the 2022 Commonwealth Games with a crop of sustainable wet and dry facilities that will provideo both competition and training facilities.

"Liverpool City Council is a forward-thinking authority and already runs a network of facilities providing a Centre of Excellence for swimming, football, gymnastics and boxing," explains Michael.

"We're up against Birmingham for the UK nomination and the winner of that goes forward to an international competition." The city's bid was recently bolstered by our strong partnership with Manchester to share hosting duties by providing venues for cycling, cricket and squash.

The new outdoor track is a significant investment in a sport-mad city and we are keen to continue to protect grassroots sport under our emerging Facilities Strategy which has seen major investment in leisure over the last twenty years as part of our mission to become the most active city in the country by 2021, in terms of numbers participating in sport and recreation

"The new outdoor track is a significant investment in a sport-mad city and we are keen to continue to protect grassroots sport under our emerging Facilities Strategy which has seen major investment in leisure over the last twenty years as part of our mission to become the most active city in the country by 2021, in terms of numbers participating in sport and recreation."

Working with its health partners, the Council initiatives have helped lift Liverpool into the top four of the national league table of active cities, so it's still work in progress to achieve that goal.

Sports Labs, who had administered the indoor upgrades for which the defects period has recently expired, put forward CLS Sports for the outdoor programme of refurbishment following an open tender process, and have noted their satisfaction with the successful completion of the stadium track and field programme to create a regional centre for high-calibre track and field.

"This is part of the sporting legacy from the London 2012 Olympics," says Project Manager Lewis Dougan, "ploughing money back into sport to foster greater participation." 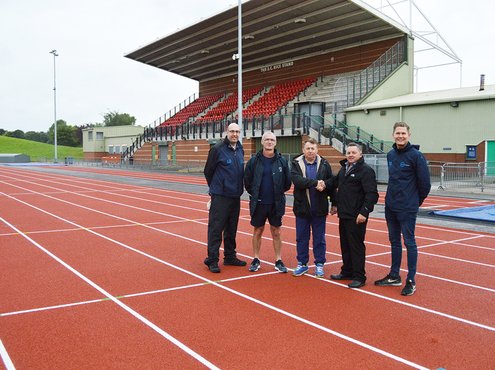 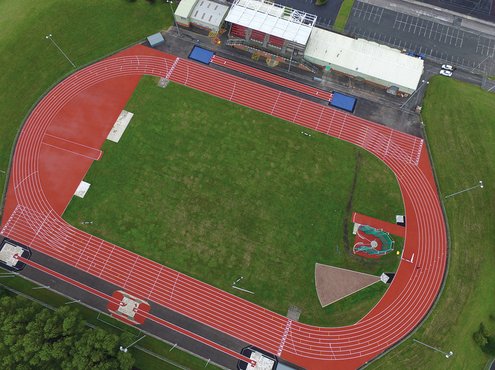 David's extensive experience in the installation of all forms of synthetic sports pitches and athletics tracks further reinforced their confidence in the contractor's capability to deliver quality at all stages and levels of project fulfilment.

With offices on four continents, Sports Labs this year marks twenty-five years in the design and project management of sports surfaces, also acting as an accredited and preferred product testing house for the IAAF as well as FIFA, World Rugby and tennis and hockey governing bodies.

"Four years ago we performed a feasibility study on replacing the existing track," Lewis explains, " and advised on which facilities would be included, such as pole vault, sprints and high jump, preferred track surface, then sourced suppliers."

"Essentially, the outdoor track is constructed of similar materials to that indoors, with bound rubber," Lewis continues. "By changing the way the rubber is laid and bound, the 'speed' of the surface can change."

"Both layers in the track are rubber to make the surface more uniform, stronger and elastic. Outside, the surface is softer. The sandwich system consists of glued black rubber crumb - first pour primary coat producing an impervious layer of glue, then rubber crumb laid on top. It's great for competition and training - lively and creating a spring in the step for competitors."

FOOTNOTE: On 9th September, Birmingham were announced as the official bid city for the 2022 Commonwealth Games