0 Managing your Mates or Bossing your Buddies? 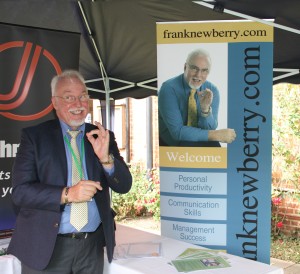 If you have some experience of managing your friends at work, you may have already had some advice given to you by your own boss. Mine was quite clear about how I should go about it. He told that I was already 'too close' to my team members and that I should 'keep my distance' in future. No socialising, no fraternising, no 'being friends' from now on.

I am pretty sure his advice was well intentioned, but three things came to my mind at the time

1. There had been no trouble with my team - so what was the problem?

2. I was not seeking his advice - was I not already an experienced supervisor?

3. He assumed that I could operate that way and that he 'knew best'

They outperformed all the other teams

He never mentioned these words to me again, except on the day I left the organisation. My team had continued to do well under my auspices; indeed, to their credit, they outperformed all the other teams under his overall control.

On the day I left, he generously acknowledged that he was wrong and that my approach was 'the right one' for that particular group of people. I suspect he still clung to the notion that, as far as all other teams and team leaders were concerned, a distance should be maintained.

I have heard a number of reasons why supervisors should not be friends with their staff:

1. They will expect an 'easier' work life because they are your friends

2. It will be harder to discipline the people who are your mates outside work

3. They will expect to be chosen for temporary promotion when you are away

What some supervisors in the turfcare sector currently do seems to be based on the fear of being seen by others as 'too easy on their friends', so what do they do? They end up being too hard on their friends instead.

I have known some turfcare supervisors who have not only given their friends the most dirty and difficult jobs, but also the more important or critical ones. The jobs upon which judgements will be made by others; where the stakes are high for the team. They burden their friends in this way in the belief that their friends will want to go the extra mile for them - out of loyalty to them personally.

A true friend would not exploit his mates

Now, having mates in the team might seem ideal for a supervisor, but they could quickly lose a friend; particularly if they start to feel their friend (the supervisor) is continually asking for favours - without any other reward than remaining friends.

They might think that a true friend would not exploit his mates in this way. If the effected team members are good at their jobs, they might leave and get another one just to preserve a friendship. The supervisor may then, in turn, think that they have been deserted in their hour of need. All this might even result in a painful end to what seemed to be a good friendship.

Perceptions and expectations may need to be adjusted

A detailed discussion with friends in the team, in advance if possible, can really help the team leader. This talk might be based around the supervisor and the friend(s) exchanging perceptions and expectations of each other. These perceptions and expectations, once disclosed, may need to be adjusted and, to ease the transition, these adjustments can be made and acted upon for an agreed period of time and then reviewed - by both sides.

Both sides should prepare themselves first. They can then say, at the very beginning of the new relationship, how they see each other continuing as friends now one is the supervisor. They can discuss the tricky issues of loyalty to each other and how they expect any promotion or disciplinary issues to be handled, e.g. no favours.

Most team members talk about the supervisor behind his back

It might need to be said by the supervisor that some of the usual banter and gossip is 'off limits', but this does not mean that rules are being laid down for the team.

Most team members talk about the supervisor behind his back, and the supervisor's friend should be able to continue doing this without feeling that, out of loyalty, he should inform on his colleagues.

In the turfcare sector, I have observed that the relationship with other team members can be the tricky one. Team mates suddenly notice that their colleague spends more time at work with his friend - the boss - than they do. This could lead to people having feelings of isolation or jealousy. There is then the increased risk of cliques being formed, which would be an unhelpful outcome.

Thinking about the impressions that might be being given

This potential problem can be fixed fairly easily by the people involved thinking about the impressions that might be given. For example, supervisors may need to make sure that they have a break or a meal with others present - not just with their pal. The same would go for socialising outside work. Supervisors should make sure other team members are also invited out for a drink now and again.

The supervisor might wish to make some exceptions though. He may ask that his friend refrains from moaning about work or bad-mouthing others in management because he, now being a supervisor, would be compromised. However, if there are real problems, then his pal can raise them - as problems - to be tackled in a positive way. That way the friend stays true to his feelings and his friends.

A supervisor having friends in the work team need not give up those friendships. If they are real friends, they are surely worth the effort.

Frank is currently developing a conference presentation for the turfcare sector on 'Managing Your Mates'. If you have any experiences (good or bad) that you are happy to share of supervising or being supervised by friends, then please get in touch with Frank via his email address: info@franknewberry.com. Many thanks.

There may be a course you can attend next winter that will help you to get the best from your work team.

LANTRA accredited Pitchcare workshops (that earn BIGGA CPD points) and are relevant to you as a groundsman or a greenkeeper, next winter include:

Supervisory Essentials 1, 2, 3 and 4 - a series of four stand alone workshops:

You can take one workshop or two, or three or all four of Frank's seminars. You can join the hundreds of other groundsmen and greenkeepers who have been helped, by Pitchcare, to become key players in their own high performance teams.

For more details, including how to book your place on all Pitchcare workshops, visit the website www.groundsmantraining.co.uk or contact Chris Johnson, Pitchcare's Training Development Manager on 01902 440263 or via email at chris@pitchcare.com