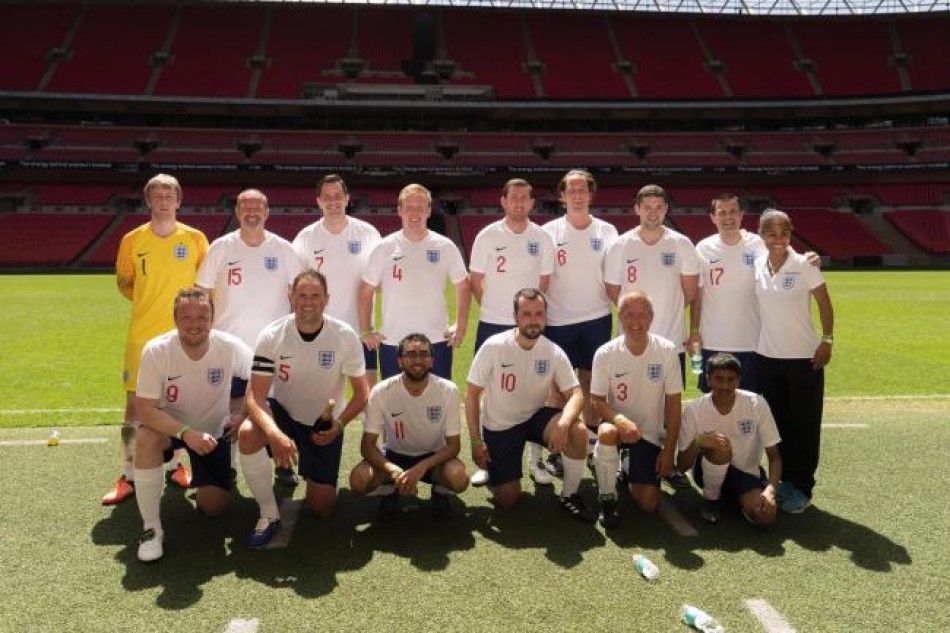 He may make his living on the golf course, but one Kent dad experienced the opportunity of a lifetime in the most famous football stadium on the planet.

Margate's Darren Burton was chosen as a lucky winner to be part of the Play on the Pitch experience, which gave loyal SSE Reward members the opportunity to compete in a 90-minute game at the home of football.

It was England against Scotland on the day, with the respective teams managed by former England star Rachel Yankey and Scotland midfielder Joelle Murray.

And if playing a part in the game wasn't enough, Darren, who is first assistant greenkeeper at Royal Cinque Ports Golf Club in Deal, was captain for the day and led the Three Lions onto the pitch.

Despite England losing the match, the 32-year-old admitted the whole experience - which included personalised shirts and a tour of the stadium beforehand, was one he will remember forever.

"I don't think I can sum up the day, it will take a couple of days to sink in - when I'm back at work on the mower maybe it will then," said Darren, whose wife Steph and children Skye and Seve were in the stands cheering him and England on.

"I've given it my all, I'm a bit croaky as I was shouting a lot all game! It's an amazing experience as I'm sure everyone would say.

"I took a moment after the final whistle and I had a moment, stood on my own and took it all in. It was very special - I'll take that.

"When you're playing the match, obviously you're focused on the football, but you just have those moment where you can hear the commentary for the people in the stands, it makes it really special."

Darren won his place on the day after striking the most powerful shot in an fanzone activity outside Wembley, ahead of the SSE Women's FA Cup final in May.

He was named England player of the match and wants this experience to act as an inspiration for his children in the years to come.

"It's inspiring - my kids were there and hopefully they'll get the chance to do it as well in their lifetime," he added.

You can read the original article from the Ealing Times HERE