Everris, part of the ICL Group, has announced the appointment of Mark Pyrah in a newly formed position as Landscape and Industrial Business Development Manager for the UK and Ireland 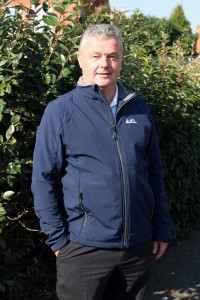 Mark started his career by heading up the regional sales team at Kings Horticulture which eventually became United Agri Products (UAP). After a successful spell he joined Sherriff Amenity in 1999 where he helped develop the company, from what was a regional business at the time into one of the largest amenity distributors with a national coverage.

For the past twelve months; Mark has utilised his industry experience by working on various consultancy projects and when the opportunity to join Everris came along he felt that it was just too good to turn down.

Commenting on his new position, Mark said, "I am delighted to be joining Everris in this exciting new role. I am looking forward to meeting customers, developing this area of business for Everris and to be part of a forward thinking, technically driven company."

Everris/ICL products are available to purchase from the Pitchcare Store.