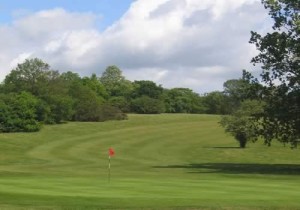 Eleanor Laing, MP for Epping Forest, and Robert Halfon, MP for Harlow, have both contacted the Met Office to detail that, when unfair prominence is given to colder temperatures and rain, or even presents favourable weather in a negative way, this leads to a drop in golf clubs' profits for the next twenty-four hours.

Their intervention came after Neil Sjoberg, manager of Epping Golf Course, wrote to them to say that his club had been collating daily information on morning BBC Radio 4 weather forecasts, what the actual weather turned out to be for that day, the number of rounds played that day and the number of rounds that had been expected to be played.

He found that, when Met Office forecasters used words or phrases such as 'temperatures below the seasonal average', 'feel colder in strong winds' and 'chance of showers', his golf course was nearly empty all day.

However, on some of those days the actual weather had turned out to be warm and sunny."The forecast wasn't inaccurate, but it had created an impression that the weather would be worse than it was," said Neil."If the weather forecast is bad, people will not play golf even if the weather turns out fine"

The Met Office has replied to the MPs stating that its forecasts were accurate, but this, according to Neil, misses the point. "They have not understood my point," he said. "They replied to the MPs saying that UK weather forecasts are the most accurate in the world. I'm sure they're right about that, but it's not the point I'm making.

Forecasters often express the weather in such guarded terms." Since approaching the MPs, Neil said six other golf club managers have contacted him to say they agree with him and are collecting their own data, and he is calling on all golf club managers to compile a 'fair forecast factsheet' over a twelve month period so that the industry can have more information on how much the wording used in forecasts affects business.