Training Advisor Frank Newberry looks at the way we speak to people. He suggests that our choice of words and tone of voice can profoundly affect our relationships with others - not just our friends and family, but work colleagues, bosses and team members. 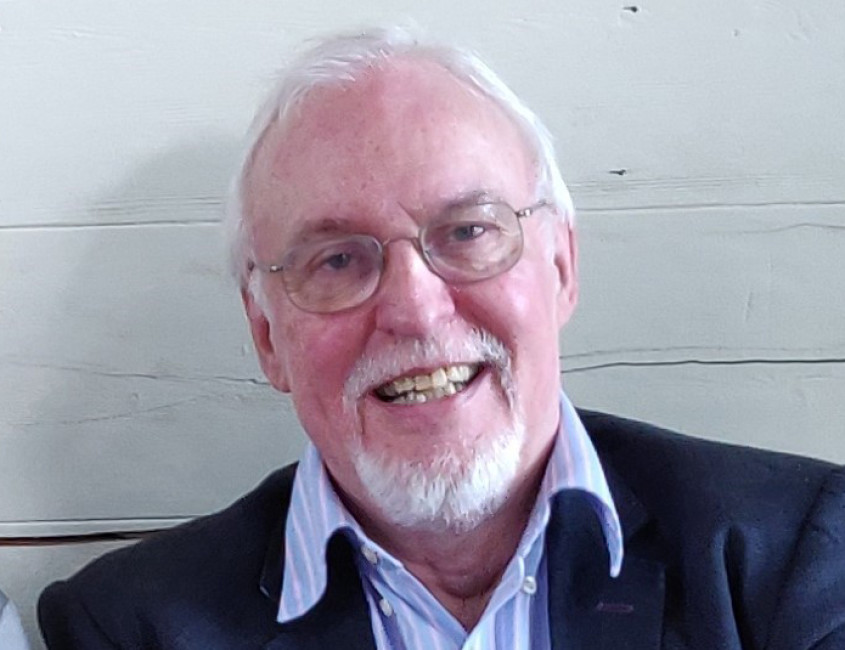 I want to start by telling you about a former Belgian Air Force lieutenant called Charles A Didier, who taught me how to 'mind my language'.

Mr Didier suggested in a speech, many years ago, that we can measure the quality of our relationships by the way we speak to each other.

He went on to cover a lot of ground. Basically asking us what type of world we wanted to live in? One based on a fear and doubt mindset? One based on duty and justice? Or one based on trust and respect? Here is my take on what he said.

Let me begin with some of my own findings. Over many years, I have been asking work teams, educators and managers what they would ideally want to have their working relationships based on. The unanimous response? A mindset of mutual trust and respect.

From research that I have seen, about half of the workforce wants to be left alone and trusted and respected enough to do the work the way they think is best. You, like me, may come into this category yourself.

The research also suggests that the other half of the workforce wants to know what 'best practice' at work might be, and then be trusted and respected enough to get on and do the work efficiently and correctly. In my own case, if work methods change, or if the work is new to me, I will also drop into this second category.

In my experience, if we do not give people trust and respect (from the outset) then we run the risk of losing these people - who might, sooner or later, look for trust and respect elsewhere - in a new job perhaps, or a new situation or a new relationship in their life.

Time for an audit of yourself? Does your current choice of words and your tone of voice always show people the trust and respect they crave?

I hope that it does. If not now, then in the future. Again, in my experience, the trust and respect mindset is seen by people as being far superior to the duty and justice one.

We might often be tempted to say something like: 'It is your turn to do that dirty job - it is only fair on everyone else'. Tone would be very important here. We can communicate the view that trust and respect have to be earned - just in the tone of our voice. The problem is that the source of this statement is rooted in the duty and justice mindset, and not in trust and respect.

My view is that we ought to be able to sort out who does which boring and mundane task - as a team - and in a way that we show support for each other, rather than inferring or even accusing people of not pulling their weight. For more information on sorting things out as a team, check out one of my earlier Pitchcare articles from 2016 - Ten Ground Rules for the Turfcare Team.

Those of us in leadership can set the tone by saying (at the outset) to new people 'We believe team members should show trust and respect to each other at all times. Will you have a problem with that?' With some individuals, or even whole teams, we may need to be patient. For patience, as opposed to impatience, shows trust and respect.

His view was that, if people cannot escape their situation, they will become cynical and resentful. They might not do good work willingly. We risk a situation in which people fight for their self-respect and satisfy their feelings of resentment by doing just enough work to get by. Their work is of an acceptable standard, but no better. It is just enough to get by so that they will keep their job.

Now, if I audit my own performance over time, I have to admit to using all three mindsets, particularly with my children when they were younger. I might start by saying 'Let's tidy up our rooms so that we can get on the road to Alton Towers in good time'.

This love and trust approach would quickly become a duty and justice one if my kids did not get down to their chores. I would continue by saying: 'Come on now, you promised, that was our deal'.

And, sure enough, this would then default to fear and doubt as the time went by and nothing was finished, I would shout: 'That's it. If you do not tidy your room right now, we ain't going to Alton Towers ... ever!'

Let me finish this piece on where we might be getting these negative statements from; the comments that can so easily leak into our conversations with people.

Apparently, 75% of what we say we say to ourselves, and two thirds of these messages, called internal dialogues, are negative ones. They seemingly get locked into our memory at an early age. They are like replays, or reminders of criticisms, or feelings of shame that we were made to endure as small children sometimes.

Thankfully, as adults, we can now choose to counter negative thoughts with positive ones. Sadly, the majority of the things that we say to ourselves will start, to some extent, in the fear and doubt mindset, but we can respond and treat ourselves, and others, with trust and respect.

On the plus side, these negative thoughts and feelings have made us cautious and careful and this has helped us to survive as a species. However, if we are not careful, we can end up punishing ourselves, blaming ourselves, even hating ourselves. We need to treat ourselves as we want others to treat us - with trust and respect.

So, maybe we can start by looking at ourselves. I know that I need to see me as I want others to see me. We can begin by being kind to ourselves, and perhaps think a little about how we can bring more trust and respect into our lives, and into the lives of others.

Perhaps we can begin this by treating others with trust and respect, whether we think they deserve it or not. Maybe we can practice on each other at home, with our families and loved ones?

People who under-perform at work or let you down in your life will be a particular challenge. Getting angry, and then judging and condemning others, will be extremely easy things for us to do. In my experience, people are often angry with themselves before they are angry with others.

They are angry with themselves for not spotting a problem in advance, or for being fooled, or perhaps trusting someone too soon. Then they look for someone to blame, so they feel better about themselves. Eventually, they might condemn themselves for losing their temper.

May we remember what Mr Didier had to say and stop condemning ourselves and others, but rather, to the extent that we can, strive to be an example of trust and respect.

If you have questions about communication at work and in your career, you can reach Frank Newberry at his personal website www.franknewberry.com. Just click on the Contact tab