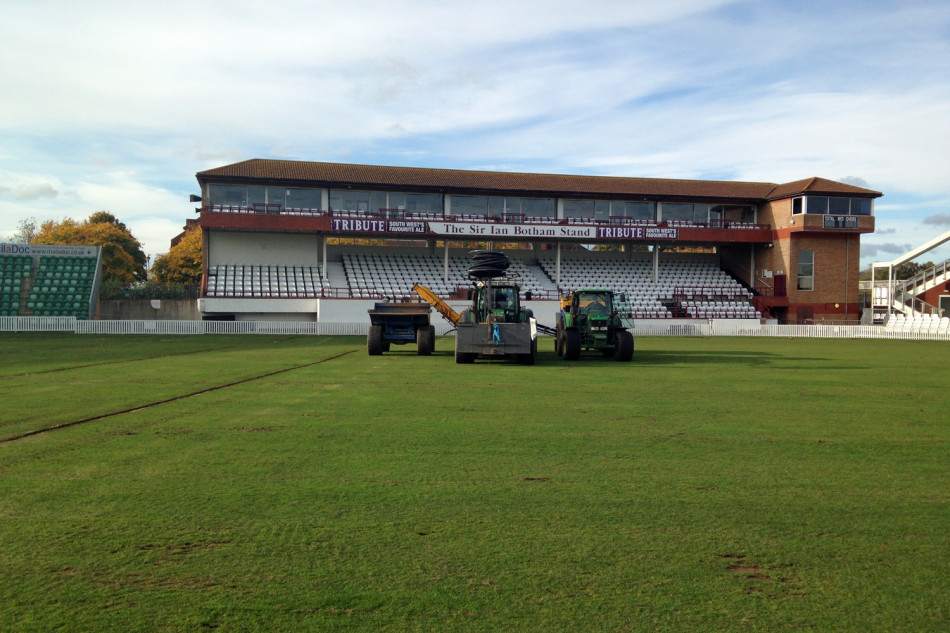 In order to bring international cricket to the Taunton based ground, upgrades were required on and off the pitch to take it from a category C to B. These improvements included the stands and seating which were completed before attention turned to the outfield.

Only a small amount of improvements had been made since the club was founded in 1875, meaning the outfield didn't come close to the ECB's (English Cricket Board) required 30mm an hour infiltration rate.

The importance of this drainage, as Simon explains, is paramount to hosting international matches. And with the work successfully completed and a full season behind him, attention can now turn to their first T20 international between England and South Africa in June 2017 and the men's World Cup in 2019.

"We knew the shortcomings of our outfield before the work took place, so once we had secured a grant from the ECB we set about really understanding what we needed to do to meet the infiltration rate," Simon explains.

"The ECB wants all international pitches to have high draining outfields to ensure that matches go ahead for television and financial reasons. And if you've got a full ground it's in everyone's interest to get the game on, and having well-draining outfields really helps to do that. 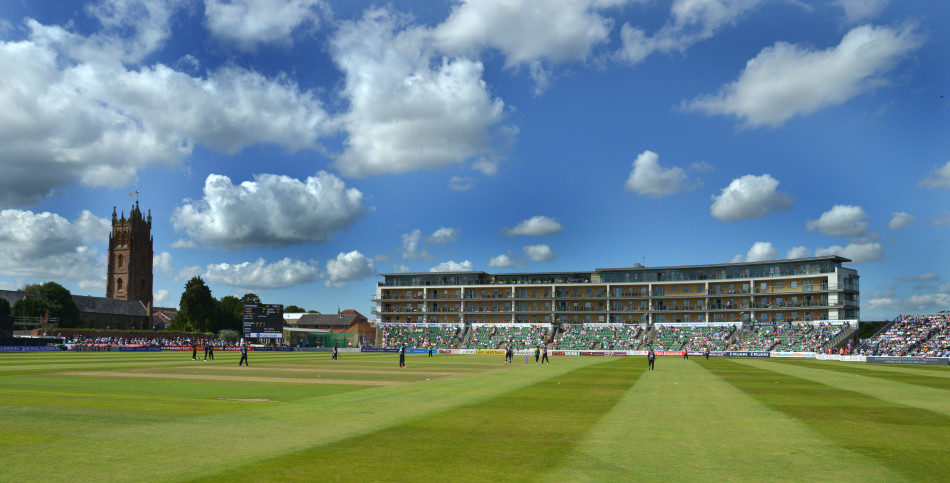 "The work MJ Abbott did was fantastic, and we've been seeing the benefits of it all season. We had a situation at the end of this season where we previously would have struggled to get the game on, and other grounds on the day didn't play any cricket. But we were able to remove the sheets and play straight away because the outfield was in great condition.

"Ultimately - despite not winning anything - I think it's helped the team throughout the season because rain delays used to see them come off the field for a long time, whereas now we're in a position to compete with other Test grounds around the country."

The project involved removing the vegetation from the outfield and re-levelling the surface in selected areas. This was followed by the installation of a new outfall pumping chamber before a primary piped drainage system was installed along with secondary sand banding, with the work completed by seeding the outfield.

Over the course of the 2016 County Championship season Simon has seen the major difference he hoped the drainage would make, but as well as praising the results he was also very positive about the process that got it there.

"We haven't carried out any major projects here, so working with MJ Abbott was my first experience of working with a contractor on something of this size," he said. 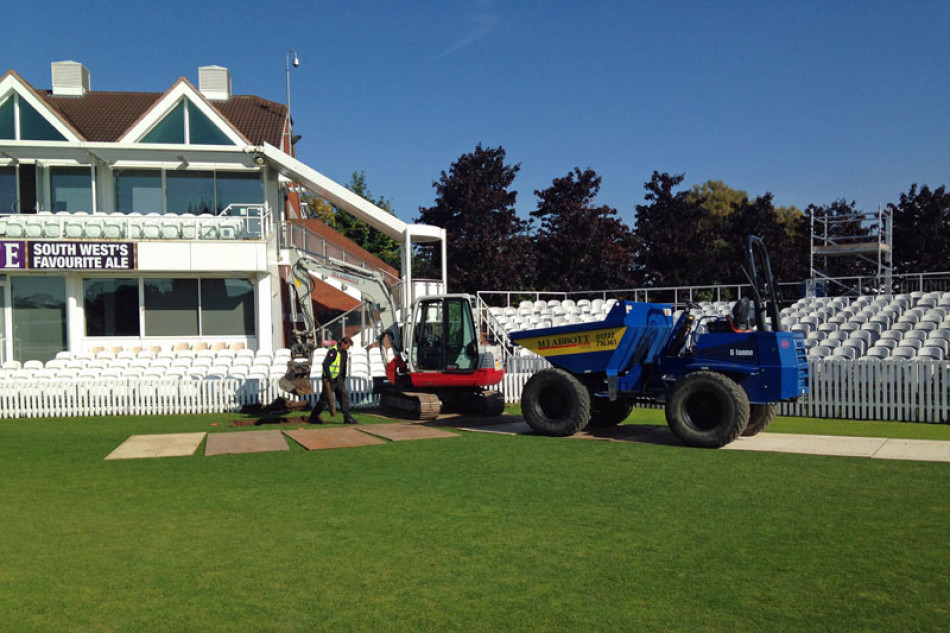 "I can't fault the planning or execution. The efficiency and quality of the work was a pleasure to watch, it was very neat and tidy for a fairly aggressive job, and it made my life a lot easier because I didn't have to worry about the job.

"Doing the work helps us play cricket, and that can be the difference between drawing, winning and losing."

MJ Abbott worked alongside Dr Iain James, Technical Director at TGMS Limited, who consulted and designed the project on behalf of Somerset CCC prior to MJ Abbott winning the contract to execute the plans.

"Working with MJ Abbott was a very good experience. The staff are highly skilled, the communication was good and the project went very smoothly," Iain said.

"The pitch is performing well, Simon is happy, the Club is happy and we are delighted with how everything has gone."

The quality to which this project has been completed can be seen in the ECB's approval and the matches Somerset CCC has subsequently been given. This is not only of huge benefit to Somerset as a County team, but also boosts their international profile as a venue.

Simon and his team of four now have the opportunity to build on the fantastic surface they've produced this season, as they continue to look forward to the arrival of international cricket at The County Ground for the first time in June 2017.