The Rugby Football Union's Head Groundsman Keith Kent has been in charge of tending Twickenham Stadium's hallowed turf since September 2002, having previously been head groundsman at Manchester United's Old Trafford. 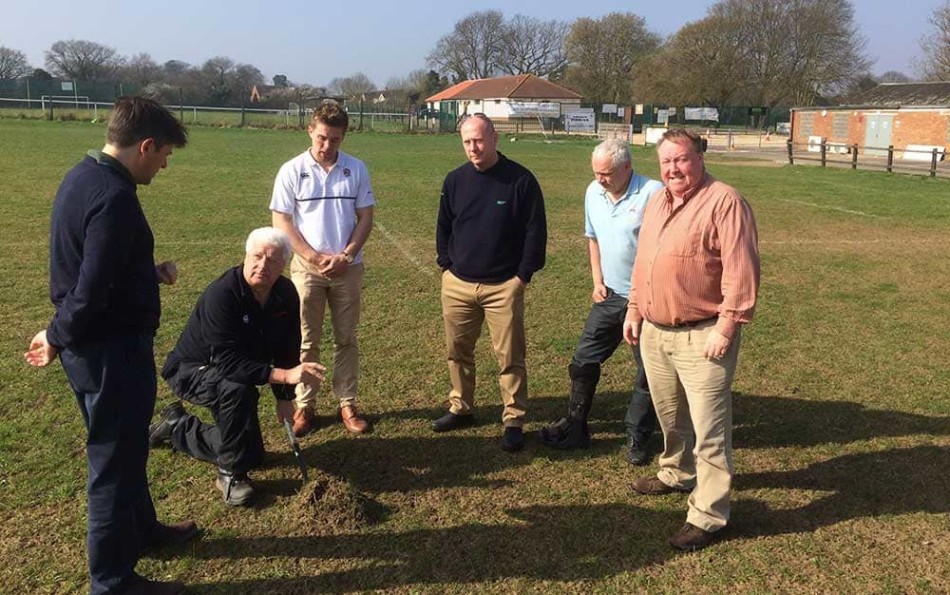 As part of NatWest RugbyForce's commitment to assisting grassroots rugby clubs across the country, he has visited 108 grounds in the past two years: forty-eight in 2016, and sixty in 2017.

Clubs signing up to NatWest RugbyForce can apply for a Pitch Maintenance Kick Start grant of £5,000, plus support and advice from Keith and other experts on how to best invest that sum.

On top of that, Keith will travel to more clubs this year with RugbyForce because he is passionate about advising volunteer groundsmen how to improve the condition of their pitches, as he recognises the importance of the rugby club to the local community. Unplayable pitches mean clubs lose income and the community loses a focal point.

"For every visit, I will walk all the pitches with the volunteer groundsman and carry a spade with me," he says. "It might take one hour or three; it depends how many pitches there are."

"I use the spade to dig a hole in each pitch, and look at the rootzones, see if there is any compaction, what type of soil it is, and whether it has got a good crumb structure or whether it is terrible clay."

"After completing my assessment, I will sit down with the members of the club and provide them with a detailed, bespoke programme outlining what I would like them to do in the coming close season and throughout the season."

"I never criticise them, because those volunteers are the oil that turn the cogs of rugby in Britain. It's hard work, but it is very rewarding."

1 Aeration is the crucial factor
This is my No1 tip. If you don't spike your pitch, the rainwater will not be able to drain, and the top surface will become very compacted. I advise groundsmen to aerate their pitches as often as possible. You can hard-fork areas that have pooled water, as that is a simple and effective way to aerate.

At the other end of the scale, you can use a Verti-Drain, which costs between £350 and £600, but will put thousands of holes in your pitch. Just imagine how quickly the water will drain. 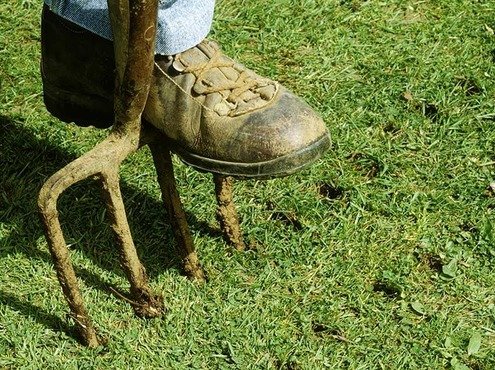 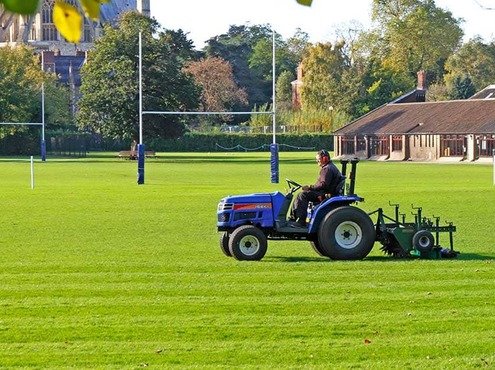 2 Sanding: it's pricey, but RugbyForce can help
Following aeration, the most important remedial work is proper sanding. I recommend spreading a minimum of 60 tonnes per pitch, and a maximum of 100 tonnes. Brush that sand into all those holes you have spiked, and think about how thousands of little arrow-shaped holes filled with sand will better drain.

It's so simple, but it works wonders. Sand is expensive, though -it can be £35 per tonne - but NatWest RugbyForce has a history of being very generous and helping out on this front.

3 Ryegrass seed is best
Ryegrass seed is the best we grow in this country to use on rugby pitches, because it is the hardest wearing. It bounces back and its recovery is amazing. Ideally, you don't want the grass to get any higher than 50mm, or about two inches. 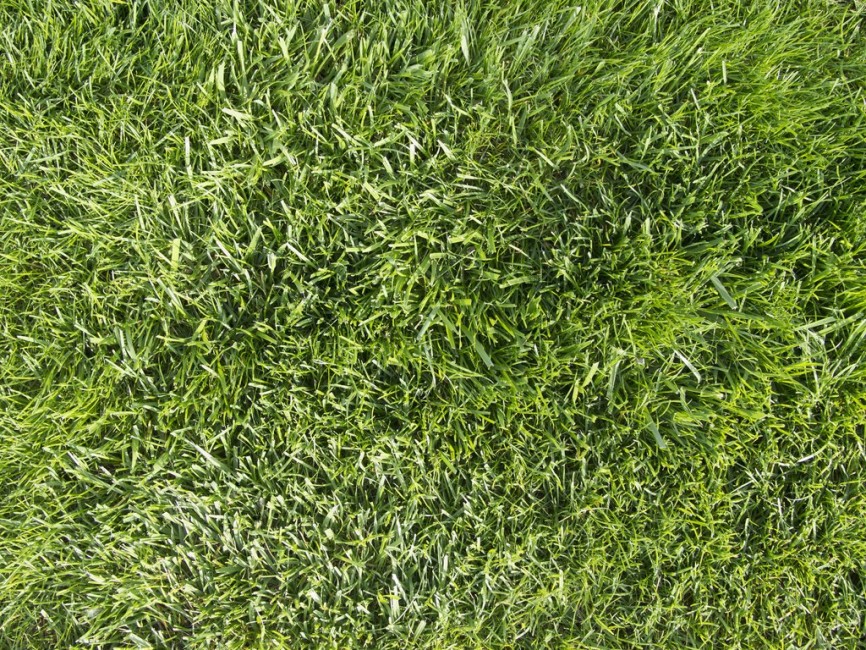 4 Fertilise in autumn
Don't forget to fertilise the grass seed. Grow it properly - don't just seed it and feed it in the summer. Putting an autumn feed on, allied with an aeration, will really improve your pitch going into the dark winter months. That's the key: it is prevention rather than cure.

5 Use the right tractor
I appreciate that the majority of clubs have volunteer groundsmen who might not tend to their pitches until the Friday before a game, so day-to-day maintenance is difficult. When I visit I look in their shed to see what implements they use. And I also quiz them on their tractor, if they have one.

Most of the clubs, especially those in the countryside, tend to have rather large tractors with agricultural tyres. This is not good practice as the tyre cleats can cause a lot of damage and they tend to stay in the shed for the majority of the year during wet weather. Most of the time, they will only use it once a year - in June - when the ground is dry enough. 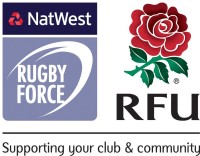 The RFU has a number of suppliers who can help, such as Ransomes Jacobsen. Additionally, the Sisis Quadraplay has four pieces of kit on it: a rake, a slitter, a brush and a roller. For just over £4,000, it has everything you need. If your club has a shiny new tractor with a Quadraplay on the back, then it is amazing how many more volunteers you will generate.

Bodmin Rugby Football Club: available for weddings, birthday parties, wakes, and most events besides. Prompted by NatWest RugbyForce, the Cornwall club has been able to generate much-needed income by offering the clubhouse to the local community for special occasions. 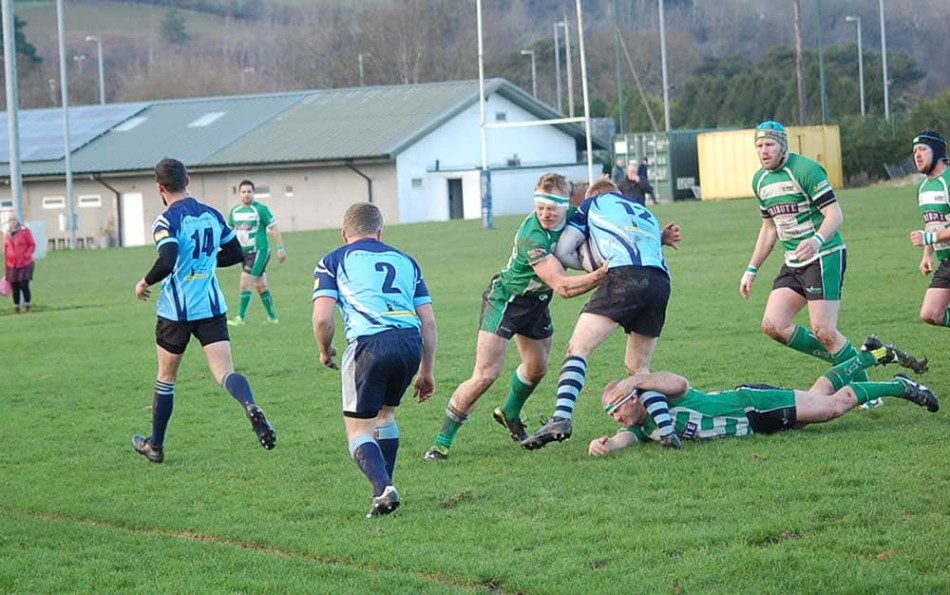 It is this clever diversification, and an innovative approach to using the space, that helped Bodmin recently become debt-free for the first time. Given that the club will turn fifty in 2019, there is plenty to celebrate.

NatWest RugbyForce provided the springboard for the club's success.

Two years ago, a £500 grant contributed towards revamping the Tribute Cornwall League 1 side's clubhouse and outdoor facilities to make them more user-friendly.

Further, on the 2016 RugbyForce weekend, about twenty local volunteers assisted by painting, decorating and branding, as well as laying down new floors and carpets in the clubhouse. New furniture and curtains were also fitted.

"Following the RugbyForce grant and work, we were able to hire out our facilities," says Andy Richards, Bodmin RFC's honorary treasurer. "Now we host loads of events and that has given us an income stream that we could only dream of before. And eighteen months ago was the first time we have ever managed to not be in the red on the balance sheet."

He would know, having been at the club since 1976, when he made his debut aged fifteen. "Over the years, we have used the funds to revamp our clubhouse, upgrade the ladies' toilets, cesspit, changing rooms, and put a path to and around the main pitch," says Mr Richards, whose two grandsons have recently become members of the junior rugby section. "And, this year, we are hoping to be selected by RugbyForce again, so we can upgrade our kitchen area." 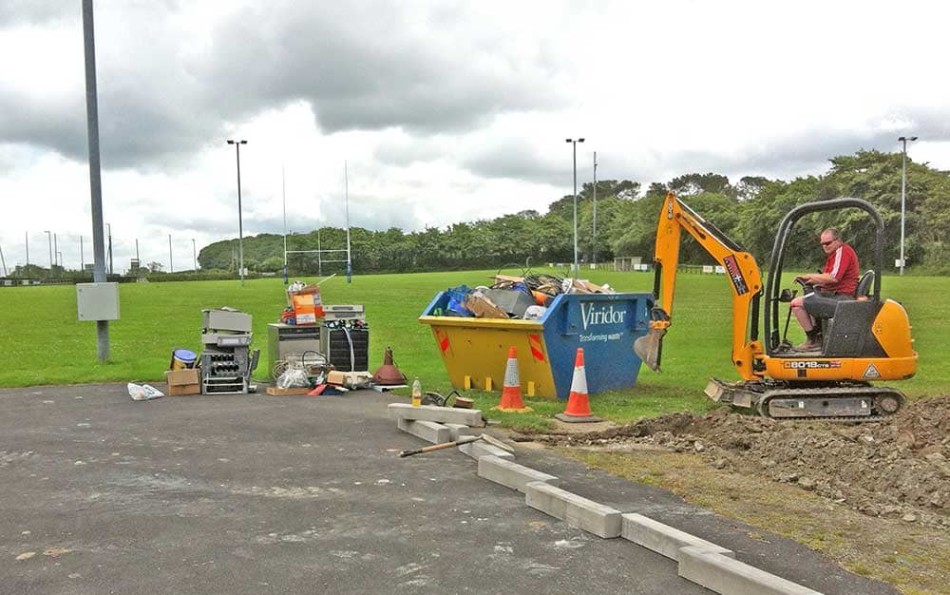 "This all helps us attract rugby supporters and non-rugby fans for events. Aside from being more appealing to people looking for a venue to host whatever event they want, having better facilities has meant that the local community has been able to really get behind the rugby team."

"So many more people are coming to watch the games and supporting us as best they can. Because of RugbyForce, we are generating more money and more players."

To maximise the impact of the improved clubhouse, Bodmin RFC's members advertise their facilities via social media, leaflets and word of mouth among the local community. This fresh thinking and open-minded approach has led to some atypical allegiances - but the community is all the better, and the club richer, for it, says Mr Richards.

"On Friday nights, the women's county team trains on the newly drained pitches and the clubhouse is used by the local hockey club and Bodmin Ladies Running Club. We used the venue for lots of birthday parties, and also quite a few wakes too; it helps being located opposite the crematorium."

Whilst that might seem a lttle grim, Mr Richards says it has kept Bodmin RFC from going under. "We operate like a small business, so it is important that we continue to find ways of getting other income so we can survive financially. This increased income, in turn, helps attract more people, whilst the club produces better quality players as a result."