South Staffordshire Council is aiming to save £100,000 in the first year of its grounds maintenance operations coming in-house, following many years of it being outsourced. 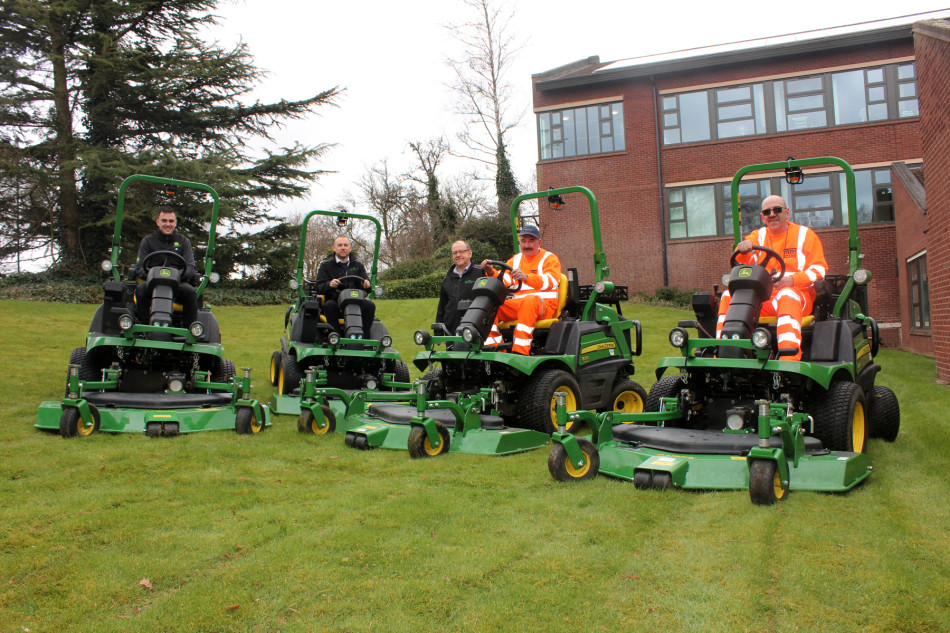 To carry out its grass cutting work, the Council has recently purchased four new John Deere 1570 outfront mowers equipped with 1.57m (62in) rotary decks from Midlands dealer Farol. This followed a proposal to Council Members and a successful visit to the NEC in November 2017 to research the purchase options.

The road homologated mowers are equipped with special road lighting kits supplied by Howard Marshall Engineering and are backed by a full PowerGard maintenance package to help fix the costs of ownership. The Council also bought two John Deere front-mounted snow blades to extend the use of the machines through the winter.

South Staffordshire Council's Street Scene team, part of Community Services, is responsible for cutting 1.1 million square metres of grass every two weeks across the district, which equates to 14 cuts a year from March until September/October.

"Geographically we cover a large rural area, 27 miles from Acton Trussell in the north to Kinver in the south," says the Council's Contract Monitoring Officer Andrew Aston. "We maintain open spaces and highway verges, including shrubs, trees and general landscaping as well as grass cutting, and we currently have one Green Flag site, Wom Brook Walk at Wombourne.

"Historically the Council had contracted out its grounds maintenance operations. However, in summer 2017 a number of proposals were presented to elected members regarding the future provision of grounds maintenance and based on all the options, the members opted to bring the service back in-house. 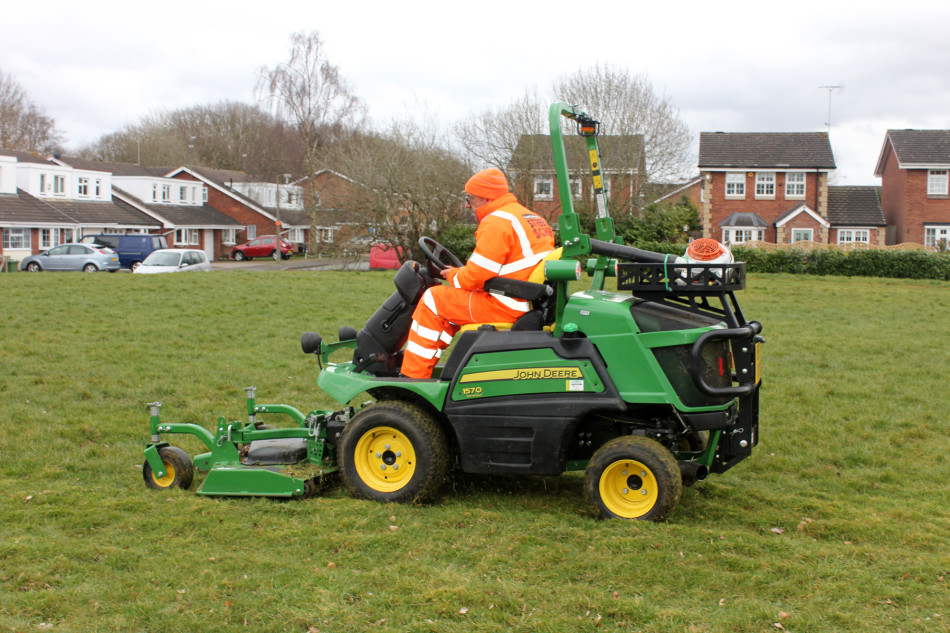 "The overall aim of doing this is to merge grounds maintenance with the Council's current in-house street cleansing service - the rationale being to create a single, multi-functional Street Scene team that generates both efficiencies and an improved service to residents.

"By adopting this new approach, the Council is not proposing to reduce the frequency of our grass cutting operations," adds Andrew. "We are able to do this by controlling costs and prioritising our workload, and we feel that taking this approach gives us the most cost-effective way of continuing to provide the best possible service to South Staffordshire residents."

Following the decision, the team visited the NEC specifically to research the market and explore the available purchase options. "We looked around the show and talked to the different manufacturers so that the Council could make an informed decision on the equipment we planned to purchase," says Street Scene Team Leader Bob Taylor. "Because we were going to the exhibition seriously looking to buy new equipment, it really made the whole experience that much more enjoyable and rewarding.

"We met Farol's golf & turf area sales manager Chris Roe there and saw the 1570 mower on the John Deere stand. Several of our operators have had experience of using the company's front rotaries, so while we did look at other makes we decided in the end to go with Deere and Farol. This decision was also based on a combination of other factors, not least the PowerGard maintenance package, which we felt was really the best available."

South Staffordshire Council has utilised RouteSmart route optimisation software since 2012, primarily for its waste and recycling service, which led to the development and mobilisation of an award-winning resource generating major contract and service efficiencies. This system is now also being used for the Street Scene operations.

"RouteSmart gives you daily areas to cover based on the data inputted, such as roads and speed limits, mower speeds and capacities, and it provides the operators with the quickest work routes," says Andrew Aston. "This new in-house approach and the adoption of new technology give us a great opportunity to improve and provide a more bespoke service.

"We also find social media can be very helpful in this respect - we can update our residents quickly and easily on where and when we'll be cutting, so it's much better now that everything's in our own hands."