by Football Foundation
in Synthetics and Football
on 29 Dec 2019 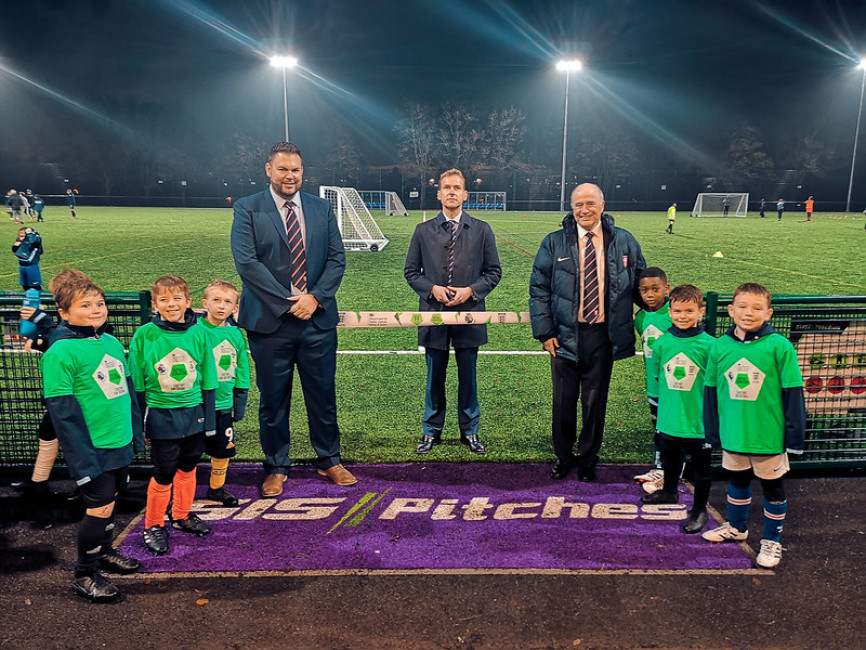 The new facilities were made possible thanks to investment from the Premier League, The FA and Government's Football Foundation.

After netting a £626,217 grant from the Football Foundation, work began at the site in June 2019. The grant enabled Hampshire Football Association, who are the not-for-profit, governing body of football in the county, to convert an existing grass pitch to form a new floodlit 3G playing surface. This modern facility can be much more widely used, becoming a community hub for football in the area.

The Basingstoke and Dean 2015-2019 Playing Pitch Strategy stated that there was a lack of all-weather pitches in the Borough with another three full-size 3G pitches required. Winklebury Football Complex was identified as a priority site along with The Vyne School and Testbourne School - who both also received Football Foundation funding.

With the Hampshire County FA offices at the site it enables them to operate the facility and the opportunity to run bespoke sessions and initiatives prior to rolling out at other sites and clubs across the country. Examples of this include the midweek flexi league, which has been successful in growing recreational participation in the men's and women's game.

Partner clubs Winklebury Wizards FC and Basingstoke Town Community Football Club will both use the new all-weather pitch for training and match play. The pitch will be able to cater for 5v5, 7v7, 9v9 and 11v11 football.

It is anticipated that the new 3G pitch will support an additional 38 teams playing football at the site over the next five years. This will provide affiliated playing opportunities for over 700 people during that timeframe. With focus on increasing female participation, the number of women and girls playing football is expected to double.

Neil Cassar, Chief Executive of Hampshire FA, said: "We are delighted to have led on this collaborative project to provide a much-needed community sports facility for Basingstoke and the wider area. It has been an aspiration of Hampshire FA for some time now to maximise the playing facilities at Winklebury. This state-of-the-art facility will give football participation a boost in the area offering people the opportunity to play in all weathers and on dark winter evenings."