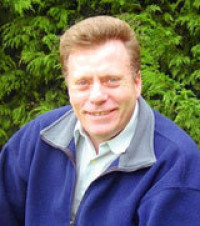 Elected officially at the TGA's annual general meeting held in Padstow, Cornwall in late January, Chris will serve as TGA chairman for the next two years. The association's new vice-chairman, also ratified at the AGM, is Stephen Edwards, joint managing director of Inturf.

Speaking following his appointment, Chris Carr commented that he would be doing his utmost to maintain the excellent forward momentum achieved by David Waring during his two and half years at the helm of the Turfgrass Growers Association.

"David did a superb job in raising the profile and standing of the TGA throughout the entire turf industry," pointed out Chris. "During his term as chairman, he continued to expand the association's professional base with the addition of new members and the introduction of a nation-wide programme of valuable training courses. He was instrumental in the appointment of business development executive, Erica Nicholls, and last September facilitated the TGA's inaugural turf conference, which proved a great success."

Chris Carr says that he plans to work closely with all TGA members to ensure that the association continues to move forward positively in coming years. "I shall be talking with all our members, encompassing turf growers and suppliers to the turf industry, at every possible occasion to ensure that the association works closely together and speaks with a clear and authoritative voice," he said. "Above all, I shall be making sure that we continue to pursue our stated objective of achieving continuing improvement in our members' expertise and turf products by using our meetings and quality standards as reference."