Julia Campey has been appointed as the new managing director of Campey Turf Care Systems, with former MD, Richard Campey, taking the position of Chairman. 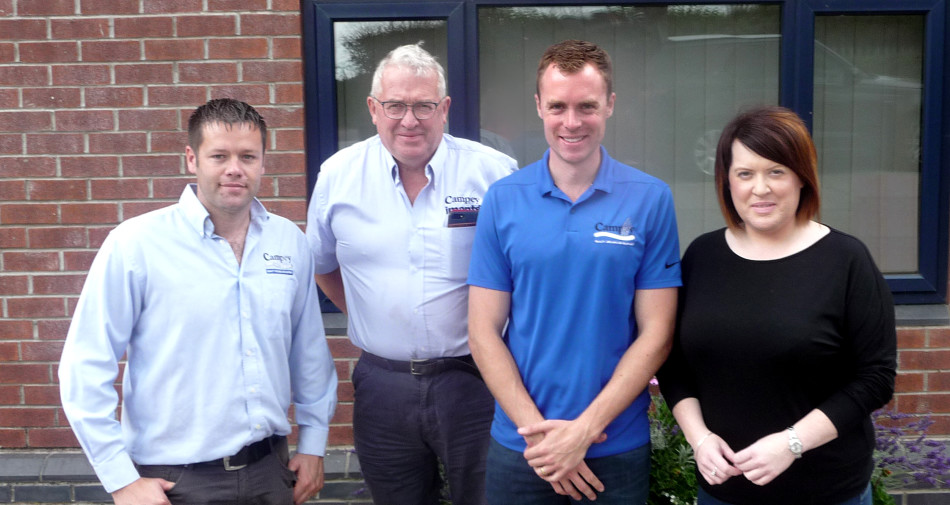 As part of the company restructure, John Campey and Lee Morgado have been appointed directors and Neil Armstrong, who joined Campey in 2010 as accounts manager will take up the position as company secretary.

Julia has been a key figure at Campey since 2004 and has been the sales and marketing coordinator for the last ten years. In this role, she has developed the corporate presence of the company throughout the UK, Europe and other parts of the globe, including the USA, Australia and Asia. She has organised exhibitions as well as educational tours for overseas visitors and provided invaluable support to the sales team in the pursuit of excellence in product development, sales and back-up services.

Richard is stepping aside from his previous role and handing over the day to day activities to his daughter, but he remains an integral part of the company, and he will still be involved in many sales and educational events.

Speaking about Julia's appointment, Richard said: "I've had a lot of successful years at this company, and I'm very proud of what we have achieved. Julia has been a part of that success for many years and has extensive knowledge of our product range and the industry, and I'm very confident in her ability to take Campey forward.

He continued: "Lee has worked his way up through the company over 13-years and has a great understanding of how we operate and has a brilliant relationship with our customers and dealer, not just here in the UK, but throughout the world. Lee and John have been great assets to us, and I think both will use their practical experience to great effect in the boardroom."

Lee, who started with Campey in 2006 in the workshops, has seen his role in the company grow and change direction over the years. He started life at Campey in the workshop and progressed to be a sales demonstrator before taking on numerous renovations across Europe and further afield before becoming product specialist for southern Europe and has also seen his sales area expanded to cover Denmark.

Along with John, Lee has a vast amount of experience from the field and both will work actively in the new structure to maintain the founding principles of the company, ensuring that Campey continues to innovate, educate and provide excellent customer service.