by Louise Prettyman
in Tennis and Synthetics
on 21 Jun 2017

Ecclesall Lawn Tennis Club in Sheffield has enlisted the help of Replay Maintenance to bring some much needed TLC to its four artificial grass courts to bring them back to a safe and playable condition. The club celebrated its centenary in 2015 and has a private membership of over 120 people. 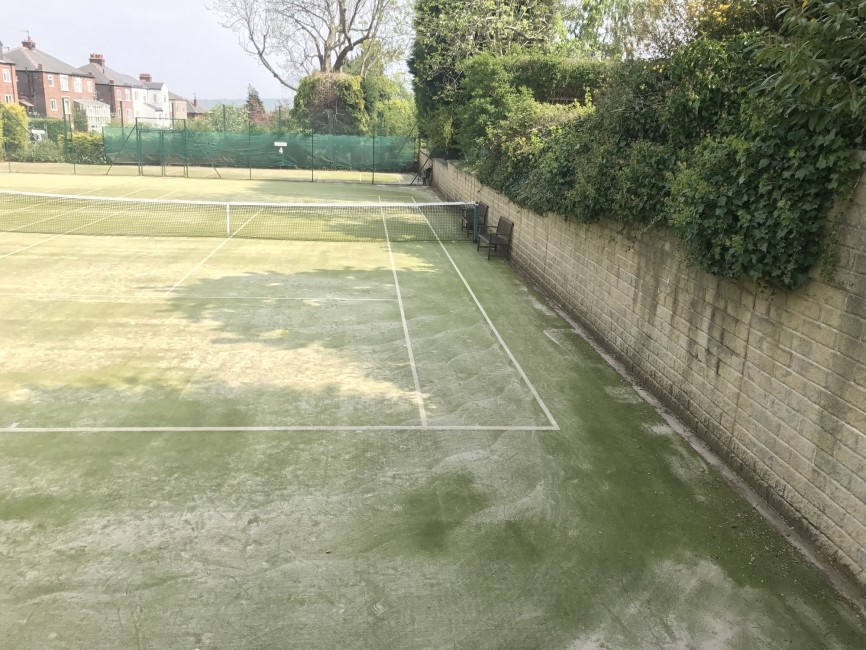 Club Secretary Martin Gilmour has been involved with the club his whole life. Following an investment in 2004, new carpets, floodlights and changing facilities were installed. Since then however, the courts have struggled with their shaded location. "The club is sandwiched between two residential roads" explains Martin. "With the gardens that surround us, we get problems like leaves that drop but the biggest issue is the shade - especially on the bottom court." This combined with the mild conditions and sporadic rainfall experienced over the previous couple of years meant moss was becoming an issue, causing the courts to become slippery and dangerous. "We've been trying to keep on top of the maintenance in-house, as well as calling in some companies to come in and clean the courts, but we haven't had a lot of joy with these in the past." 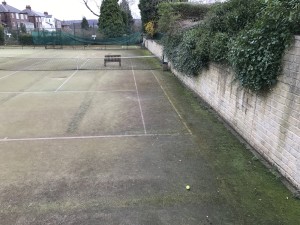 With an admittedly sceptical mind, Martin looked for another company who could come in and sort the courts out once and for all. "I contacted Replay Maintenance and Nick Harris came straight back to me; he visited and explained how their Rejuvenation process worked. Even though I wasn't sure they'd achieve what they said they could, we went ahead. How wrong I was - they came in, they did deliver and now the courts look as good as new!"

Replay's unique Rejuvenation process uses compressed air to remove the contaminated top layer of infill; restore the pile to vertical and fill again with new clean infill. Thanks to Martin choosing 15mm pile when the courts were installed, the tests conducted by Replay showed that there was still a good amount of life left in the carpet.

"After the Rejuvenation process the courts were back to an as-new condition. Already we've had many comments from players on how fantastic the courts are now, which gave us the confidence to embark on a service agreement. Replay will now visit four times a year to ensure we'll have great looking courts for the foreseeable future - and as important, we've extended the lifespan of our investment much further than it would have been if it weren't for them."