by Andrew Ross
in Rugby, Schools & Colleges, and Synthetics
on 10 Mar 2019 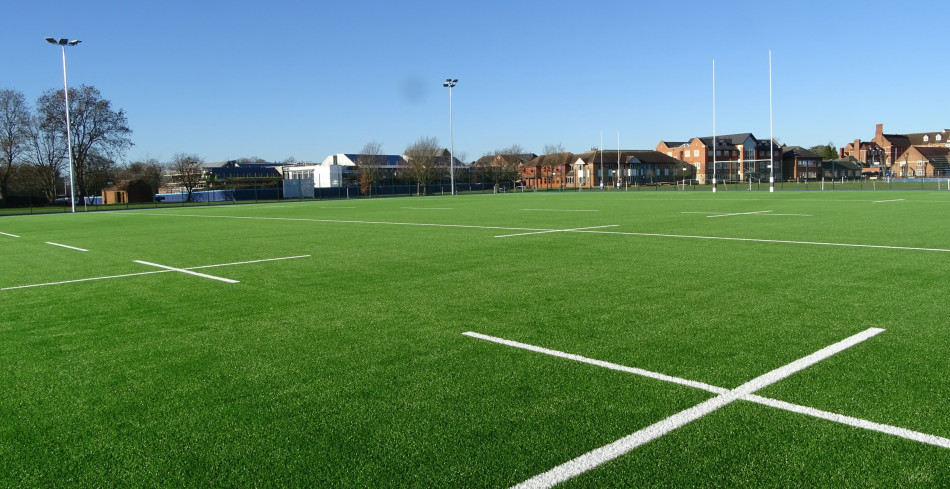 Pupils at Warwick School are celebrating after using their new synthetic 3G SISTurf rugby pitch for the first time.

The new facility, which was designed, manufactured, constructed and installed by SIS Pitches, will give all-year round access to training for over 500 pupils across the school's 35 rugby teams, helping the development of the next generation of sporting stars.

Recognised nationally as an institution for sporting excellence, Warwick School is known for its consistently high level of sporting achievement.

More than half of the school's rugby teams are ranked in the top-10 in the country, with the U18 team holding the national rugby title at U18 level, having previously won the same championship in 2007, 2017 and 2018, and finishing runners-up in 2014.

Last year, SIS Pitches custom-made over half a million square metres of exceptional synthetic grass for schools, colleges, universities, sports clubs and local authorities in the UK and around the world.

The company is the UK's only one-stop-shop for the design, manufacture, construction, installation and maintenance of synthetic pitches.

SIS Pitches also has a track record of delivering on the world stage, having recently installed hybrid surfaces at venues being used for the World Cup, Club World Cup and Asian Cup, capping a remarkable period of growth.

Jon Turnbull, UK Operations Director at SIS Pitches who worked on the project, said: "It's great to see so many smiles on the faces of the pupils at Warwick School and I'm sure they will enjoy playing on their new modern playing facility.

"This kind of surface can make a real difference to the amount of time the children get to play and train outdoors, as it performs well in challenging weather conditions.

"Our turf is designed for a variety of sports, including football, rugby, GAA, lacrosse and we are seeing more and more schools and universities turn to 3G surfaces as a high-quality alternative to natural grass."

Tom Pierce, Director of Rugby at Warwick School, said: "Warwick School's rugby players are absolutely loving their brand new SIS Pitches-installed 3G pitch. It has transformed our winter training and the ability to train into the evening with huge numbers of players on the surface.

"The installation process was on time and absolutely superb. So far nearly every boy out of 500 rugby players at Warwick School has had access to the pitch and we have played one 1XV match.

"We believe the pitch will be an amazing asset for the school and for the Warwick School community for many years to come."

Dr Deneal Smith, Head Master at Warwick School, added: "This top-quality, floodlit 3G surface will allow boys of all ages to continue playing rugby even in the muddy depths of winter when the nights have drawn in."