0 No crumbs of comfort! 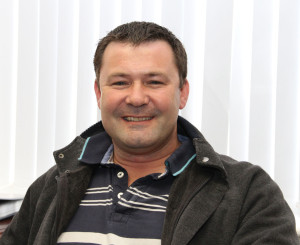 The weather through January and into February continued to be challenging for everyone involved in getting turf ready for play. The continual bombardment of winter storms, now thoughtfully named by our Met Office, has created havoc with closures and postponements, and the damage to playing surfaces has been heavy.

My local golf club has had a ban on buggies for four months now and the golfers require waders to get to the next tee. Football fixtures have been decimated and at least four football league grounds have had to be re-turfed, with the possibility of one or two more to come in the next week or two. The first Saturday of February saw seven postponed matches in Leagues One and Two due to waterlogged surfaces.

My local non-league club run a large youth set-up and have cancelled training on all but one of the last eight Saturday mornings.

The sad thing is that most of this could have been avoided if there had been some investment into the pitches in the first place. Some will cite that plastic pitches are the future but, interestingly, in Scotland - where twelve of the grounds are synthetic - three games had to be postponed at the end of January due to inclement weather.

The debate continues regarding the safety of these pitches, and it makes interesting reading that, of the twelve surfaces in Scotland - most of which have been laid in the last four years - four of them have already been relaid at least once and none have lasted longer than eight years before replacement; two haven't lasted two seasons!

That's a massive investment that would have put right a lot of natural grass pitches with drainage problems. When you look at some of the current natural pitches in Scotland - pitches that have endured the same weather - the simple difference is the investment in construction and maintenance that keep them looking and playing well. The same applies equally to pitches in the rest of the UK although, with the exceptional rainfall some have endured, there will be one or two valid excuses.

Whilst on the subject of synthetic surfaces, our cover story highlights the concerns about the rubber crumb infill on these surfaces - a topic a couple of the Nationals picked up on recently. As a father of three young children, it is a major concern that their lives are possibly being put in danger, and surely further investigation is warranted before it is too late. Please take note FA and RFU.

As we were going to press, we learned of a well known industry company openly promoting a now banned pesticide (for the control of leatherjackets) for sale on Twitter. Further investigation on their website revealed that there was no MAPP number or anything stating that this was 'once' a professional product. We got as far as the payment field, which redirected us to PayPal, and at no point were we told that this was a pesticide for professional use only. Additionally, we discovered one other company doing similar.

We reported this misdemeanour to our contact at HSE who responded by saying "I have forwarded your emails to the advice team whom shall seek the most appropriate person in HSE for this to be sent to. Should you need further correspondence with HSE I should ask you to send it to advice@hse.gsi.gov.uk rather than my own personal email". They further responded by saying "this does not fall within our remit".

So I suggest you read the second part of Alice Northrop's article (page 46) on Pesticide Misuse as she continues her search to find out exactly who is responsible for policing PPPs. It makes depressing reading, in all honesty.

Finally a few words about my old mate Jon Buddington, who pops up in this issue. After several years in the backwoods of our industry, he has finally found a role which really fits his undoubted hands-on style. It's a job that he's greatly experienced at taking on, and no doubt the sports ground, amongst the other venues he is responsible for, will benefit greatly.

I've known Jon for around fifteen years now, and one thing I can say is he's never been short of optimism and his attention to detail is excellent.