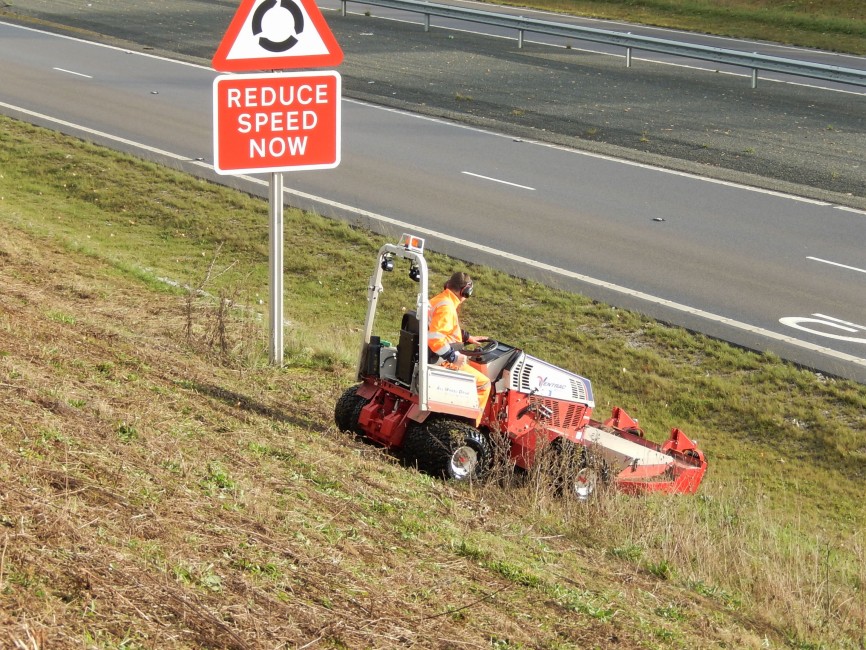 Completed in April 2018 at a cost of £208 million, it has 39 km (24 miles) of embankments that have been planted with 380,000 native shrubs and trees, including gorse, oak, acer and hawthorn. Areas with no tree or shrub planting have been seeded with four differing mixes of wildflower seeds. It is these wildflower areas that the Ventrac and Tough Cut deck are maintaining.

Simon Mutten is the Head of Policy and Strategy at GYB Services, Project Co-ordinator for the NCS and lead liaison with the client, Norfolk County Council. Commenting on the new machine he said,

"The Environmental Management Plan requires a cut and rake of the wildflower sections twice a year. This is the first year that the embankments have been cut and we required a machine to work alongside our existing Roboflail, to increase productivity on the larger areas. We have 1.5 million square metres to maintain, so we were looking for something more productive to ensure that we provide best value to the client."

Martin Adcock is Operations Manager at Norwich Norse Environmental, one of the three companies involved in the joint venture to maintain the highway, and was the person tasked with finding a solution to the maintenance issue. 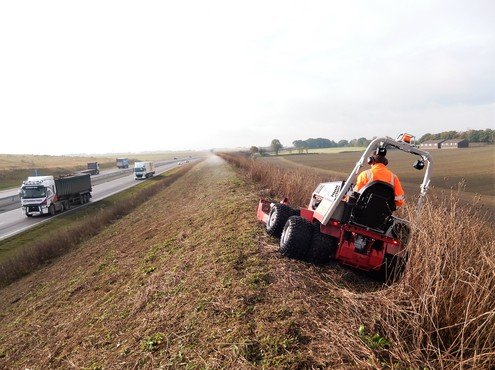 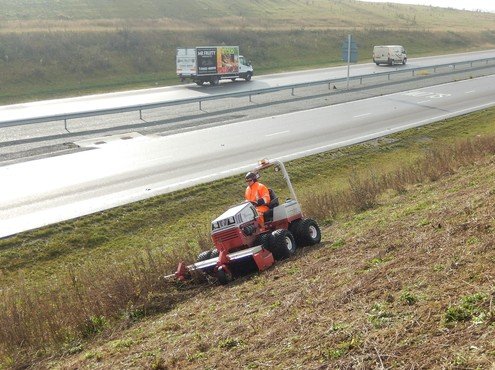 "My first action was an internet search for slope mowers. Remote controlled mowers, including our Roboflail, featured prominently but productivity was an issue due to their limited width of cut. The Ventrac also featured in the search and, with its 1.7 metre cutting width and maximum speed of around 16 km an hour, it appeared that it could do the job. However, I had not heard of the machine before and was quite sceptical. I contacted our dealer, Ernest Doe, who is a trusted partner and has supplied us with groundscare equipment for many years.

"They advised that they had experience of the machine and could arrange a demonstration, which was done very quickly. Once I'd seen it in action, and had a chance to operate it myself, I realised that it would certainly do the job for us. The demo was brilliant; it tackled the embankments with ease and left a very acceptable finish. With a ground pressure of just 6 psi, it's gentle on the newly established slopes and can be used at 30 degrees, something no other ride-on machine can achieve. We are also using it around the lagoons that take the water run-off from the road."

Jack Adcock is the principal operator of the Ventrac and says; "I've been using it for around 40 hours and both manoeuvrability and stability are excellent; it just won't run away from you on slopes. It's simple to use, the controls are really intuitive and maintenance is easy. The flip up deck makes it quick to clean and the double-sided blades ensure you can keep operating all-day long. Used in conjunction with our Roboflail, which can be used on slopes up to 55 degrees, we have all the right equipment to do the job and keep the highway looking really presentable."