by Sofia Martins
in Battery/Electric Power, Golf, and Machinery & Mechanics
on 01 Aug 2022

With the order of a full fleet of Toro equipment including three key all-electric mowers, North Berwick Golf Club in East Lothian, Scotland, didn't have to choose between caring more for its putter than its puffins: now it can do both. 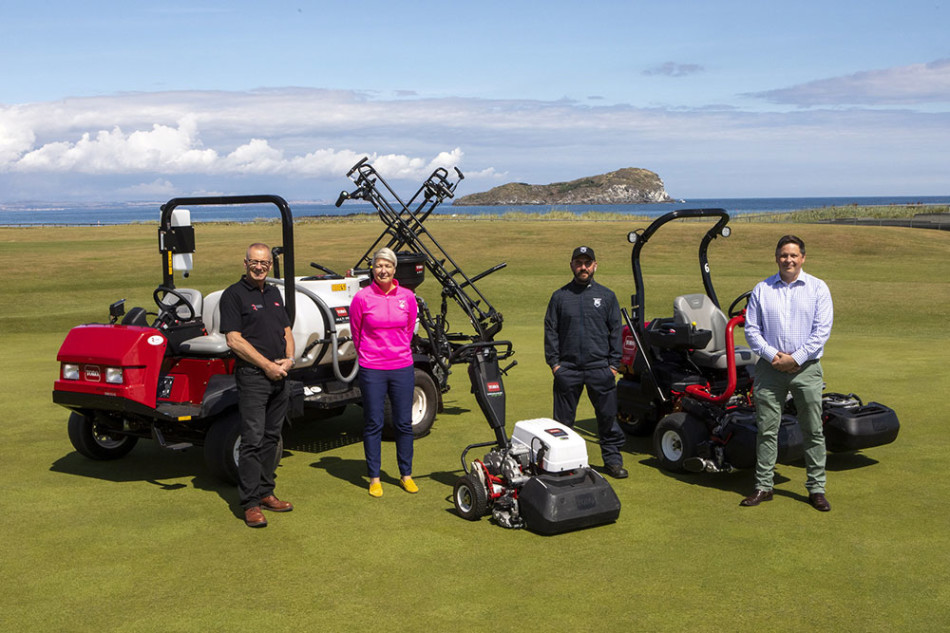 Near the largest puffin colony on the east coast of Britain, North Berwick Golf Club has environmental and noise pollution factors to consider highly in its machinery choices.

Course manager Darren MacLaughlan, who has been using and recommending the brand for the best part of 20 years, explains: "North Berwick has been a GEO certified course since 2015 and is located on some of the finest links terrain in the world. With that comes a responsibility to the site ensuring we are operating in the most sustainable manner possible.

"We are recognised as the 13th oldest golf club in the world and only at St Andrews has golf been played continuously over the same stretch of land. While it is important to preserve our rich history, we had to move forward with machinery and this has started with the introduction of both hybrid and electric technology."

Toro has led the way in the turfcare electric machinery revolution and Darren opted for two Greensmaster eTriFlex 3370 riding greensmowers and a Greensmaster eFlex 1021 pedestrian mower.

"There are multiple reasons we opted for electric technology," says Darren. "Our firm commitment to lower emissions in line with our GEO status and the quietness of their operation, which allows us to start work early in the morning without disturbing neighbours. Then there's the reduction in fuel costs, which, with fuel prices as they are, is a huge consideration.

"And while we did not factor this in before the purchase, these machines have actually helped the mental health and wellbeing of our staff. Mowing the greens in the morning, without the old ear defenders, listening to the waves gently roll in from the beach and the birds fly over the bass rock is an experience no other course in the world can offer."

Darren continues: "We've received four of the thirteen machines ordered fleet due to the supply chain issues worldwide and we're sure that when the rest of the kit arrives, we will be even better placed to produce classic links conditions."

The branch is also providing additional support kit for The Women's Open final qualifying event held in August at North Berwick. Darren says: "With Neil Mackenzie on the road, the support from Rab Wilson and his aftersales team and Richard Green directing operations, we have always had full confidence in Reesink."

He concludes: "We pride ourselves in thinking out the box here at North Berwick. As a result, we have seen the course go from strength to strength in the past two years and we are proud to have Toro as a part of our firm commitment to continual improvement.

"Regularly ranked in the world's top 50 and the UK top 10, we have high expectations to meet for our customers. That means having the best machinery and technology available on the market, and that's undoubtedly Toro."