Since their Turf Tank One arrived at the Nigel Doughty Academy, Nottingham Forest Football Club has marked every pitch and grid they have with the GPS line marking robot. 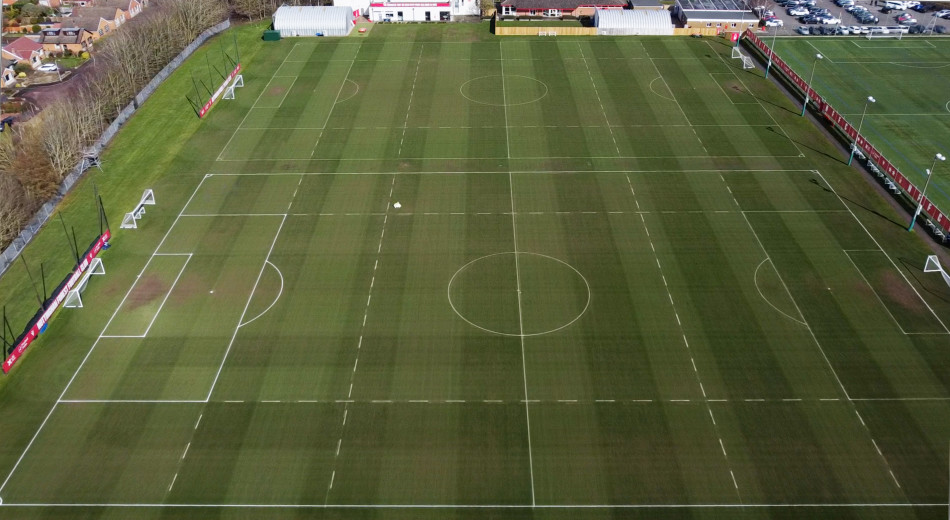 The club's interest in the Turf Tank One began at the end of a hectic 2019/20 Championship season when a high volume of games were played before a short renovation window led straight into the 2020/21 season. With initially marking the pitches taking two or three days, the Turf Tank was brought in to mark everything comfortably within one. And after seeing it in action, it was difficult for Grounds Manager Ewan Hunter and Academy Head Groundsman Matt Tietjen to let it leave the site.

"I was very, very impressed. Obviously, I had never seen it before, and as soon as it started marking out, I was like, wow, this is brilliant," Matt begins. "It's very, very accurate, and every time it goes out, it's spot on."

"It saves us a hell of a lot of time. To mark one pitch, it would take myself or two of my staff an hour, an hour and a half to two hours. But obviously, with the Turf Tank to mark one pitch alone, it takes 20 to 25 minutes. Another factor for us is it allows our staff to carry on with the other jobs that need to be done, and the machine can basically look after itself. Generally, we'd use five to six litres of paint to mark a pitch, but with the Turf Tank, we probably use four litres.

"If you are able to use a tablet or are reasonably good with technology, it's very, very simple to use, and the programme is very straight forward. I'm not particularly brilliant with technology, but it takes five minutes to set it up, and then you can go and do other jobs while it marks out." 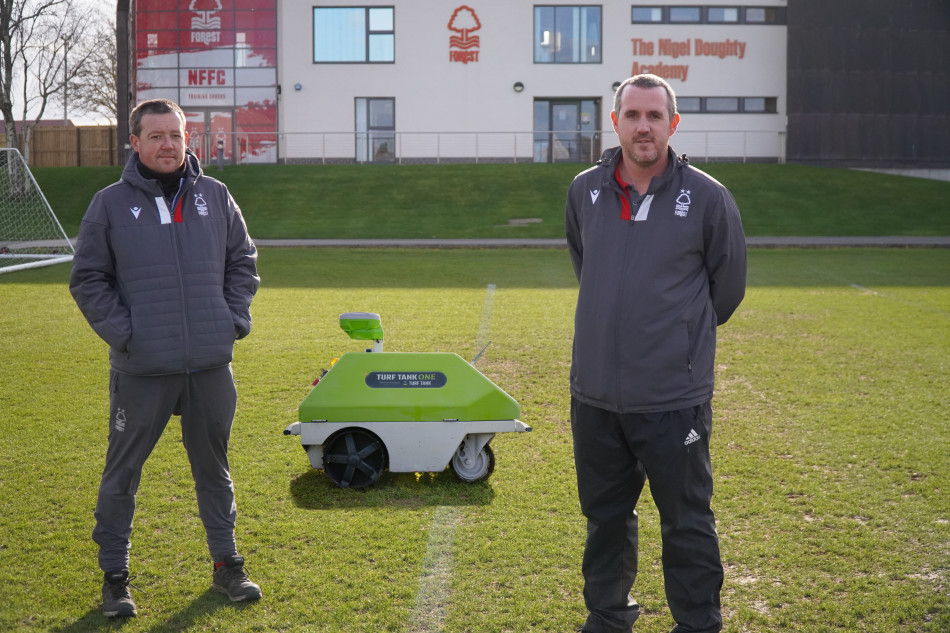 Adding the Turf Tank One to their team initially relieved pressure during a busy time, but the benefits of saving time, being able to work while the robot marks and the accuracy of the lines have all been vital during another packed season.

Using the Turf Tank tablet, custom grids are regularly overmarked within pitches, as well as custom goalkeeping areas and other pitch markings. This is just another reason why the robot has worked so well at Forest, but for Ewan, it's the accuracy that really impresses.

"They managed to plot it with all of the additional markings on top of the pitches. So we've got dashes and little grids and five-a-side pitches and full-size pitches, and it can basically do whatever you plot it to do, and it takes care of all the markings on the whole site now."