From Superintendent magazine in the United States comes this article on staff recruitment by Anthony Pioppi. Many Course Managers and Head Greenkeepers here in the UK will be familiar with the scenario. 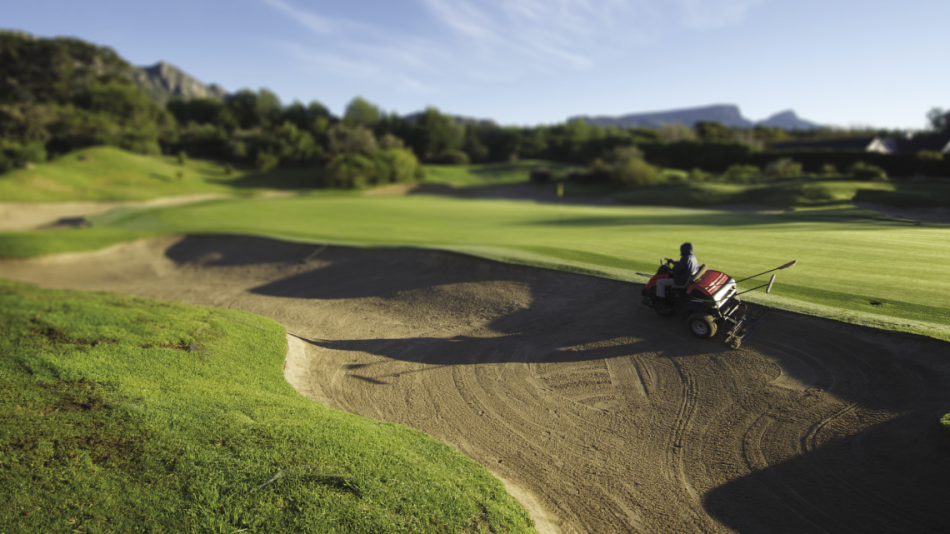 In recent years, hiring seasonal or full-time manual labour has become increasingly difficult for golf course superintendents. Once applicants were knocking at the maintenance facility door, but many superintendents now must do the knocking. Posting ads in newspapers and on the Internet are the most common routes.

The reasons for the shift in the paradigm are many. As the economy improves, jobs in other segments are more plentiful and often pay better. Also, universities are producing fewer turfgrass management graduates. That means fewer interns looking for positions and fewer students looking for summer work in their field.

There's also increased policing by the federal government in regards to the hiring of undocumented workers. Nineteen states take part in the E-Verify system, which gives businesses the ability to determine the legal status of their employees for working in the U.S.

Three states went in the opposite direction. California prohibits requiring private employers to use E-Verify. According to an article by Paul Canning on Care2.com, "The error rate [estimated at 8 percent] has been one of the main arguments" used by opponents of E-Verify. "They have also argued that it is a financial burden on business."

An executive order in Rhode Island rescinded the E-Verify requirement. Illinois initially forbid employers from using E-Verify, but that changed when Department of Homeland Security sued to prevent the law from taking effect as scheduled.

At Bryan Park Golf Enrichment Center in Greensboro, N.C., Superintendent Kevin Smith has seen the impact of E-Verify. Smith is in his 12th year as the man in charge of the 36-hole complex. 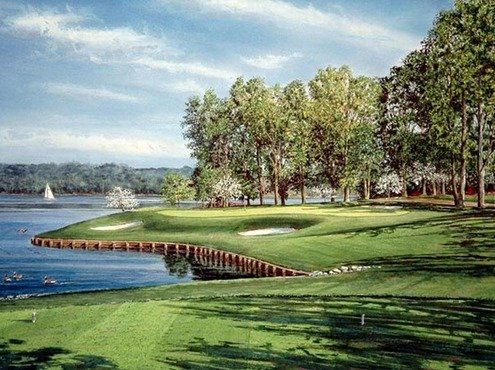 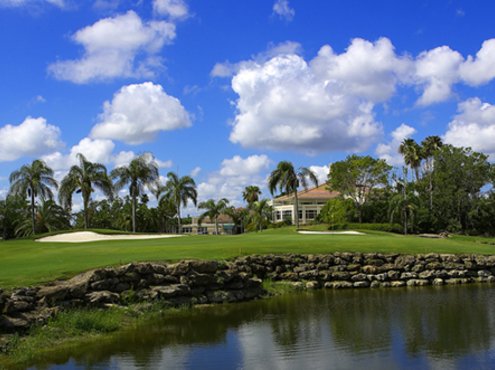 He notes that for a number of years legal Vietnamese immigrants made up the majority of his seasonal part-time crew, but that changed when they gradually moved on to full-time, better-paying employment elsewhere.

Vietnamese have a long history in the area, according to Smith. They first immigrated following the Vietnam War, settling near military bases in the state.

The jobs left open by the Vietnamese were filled by Hispanics, who at one point made up approximately 80 percent of the part-time staff at Bryan. Many of them were undocumented.

"E-Verify, that became an issue. It's hard to find guys who have papers that want to work for $8 or $9 an hour," Smith explains. "A lot of guys who worked for me moved back to Mexico."

He was not the person I thought he was. Having gone through it, I was better prepared professionally and emotionally [if it happens again]. It used to be I'd have a bundle of guys walking in and looking for a job, and now I don't have any

Smith was a superintendent in Arizona the first time an undocumented worker left his staff. A valuable crew member, who Smith also considered a friend, had used forged documents. The name by which Smith knew him was an alias.

"He was not the person I thought he was," Smith says, admitting he was hurt by the deception. "Having gone through it, I was better prepared professionally and emotionally [if it happens again]."

According to Smith, Hispanics are still prevalent in the construction, lawn care and food service industries in Greensboro, but not at his courses.

"It used to be I'd have a bundle of guys walking in and looking for a job, and now I don't have any," Smith notes.

Last season, a contract labour company was used to get seasonal staff at Bryan, but the firm, according to Smith, is no longer working with golf courses and is concentrating on the construction industry.

"We've had to dip into the retiree pool," says Smith.

Retirees are attracted to the work for a reason other than supplementing their incomes: free golf. Workers are allowed to play in the afternoon on weekdays. On weekends they can play but have to avoid peak hours.

The Bryan Park courses, which hosted the 2010 USGA Public Links Championship, are owned by the city of Greensboro, but leased by the Joseph M. Bryan Foundation of Greater Greensboro. Pinnacle Golf Properties manages the two courses.

Prior to Pinnacle taking over the courses, the city of Greensboro managed the property, and the entire maintenance staff was made up of city employees. Within the first six months on the job, Smith lost everyone on his crew as they moved to other positions within the city's park and recreation department so they could remain city employees.

Smith has 14 full-timers working 40 hours a week during the peak season augmented by six part-timers. He hopes to increase that number to 10.

A superintendent in the southern U.S., who asked not to be identified, says that when his state adopted E-Verify it had an almost immediate and detrimental impact on his facility. Now hardly any Hispanic workers apply for jobs.

It was commonplace for a guy to show up with a green card or a license and social security card. If they had the proper paperwork, we'd hire them

"It was commonplace for a guy to show up with a green card or a license and social security card," he says, which was enough proof for him and other superintendents in the region.

He points out that they weren't trained to detect forgeries.

"If they had the proper paperwork, we'd hire them," he states.

Kevin Scott is the superintendent at Wildcat Run Country Club in Estero, Florida, where he has held the position for nearly 10 years. The Arnold Palmer-Ed Seay layout opened in 1985 and is located on the western side of the state.

The club brought in a consultant to guide them through hiring foreign workers. Scott recounts being told that he was within the law "as long as I had something that looks authentic and recorded."

The club does not use E-Verify, Scott notes, but when immigration rules tightened it had an affect.

"I've lost some good guys that were with me for several years," he says.

For most superintendents the hiring problem has less to do with undocumented workers and more to do with workers finding better pay in the construction and food service industries.

At Wildcat, Scott's crew is year-round with no layoffs. His crew of 19 works 36 hours a week and every other weekend. As soon as they're hired they have four personal days and two weeks of vacation, a 401(k) and health insurance. It's because of these perks, Scott surmises, that he is able to find good employees.

He notes that the construction industry is so short on labour that it's recruiting workers from the state's east coast.

Scott's employees start at $10 to $11 an hour, while other businesses, such as restaurants, bring staff on board for $15 to $20 an hour. He doubts that raising starting wages would draw better talent. 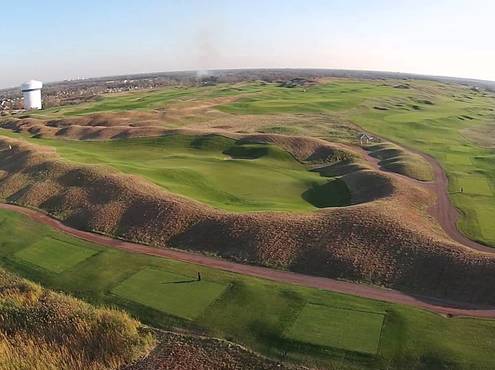 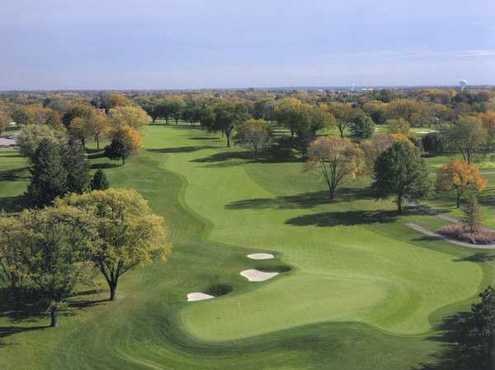 Scott attributes his high employee-retention rate to the extras, such as health insurance. His attitude of "I help you, you help me" might be another reason why his crew stays around.

Scott views his role as the "coach," and relies on his "team" to assist him in finding talented labour when there's an opening.

His staff is 60 percent Hispanic, and all but one are bilingual.

Finding employees and determining if they are legal is also a problem in the Chicagoland area. Michael Heustis is in his ninth season as superintendent of The Chicago Highlands Club in Westchester, Illinois, 15 miles west of Chicago. He says the hiring climate is significantly different now compared to when he arrived in the area.

I would rely on Hispanics to bring in others. Now that doesn't work, I am unsure of the reason why. It's possible that many workers who were illegal returned to their home countries. Another reason for the change is that many Hispanics have acclimated to their new homes and have found better jobs

For seasonal help, most of which was Hispanic, he didn't even need to post an ad.

"I would rely on Hispanics to bring in others. Now that doesn't work," he says, adding that he's unsure of the reason why.

It's possible that many workers who were illegal returned to their home countries. Another reason for the change is that many Hispanics have acclimated to their new homes and have found better jobs.

When he does hire Hispanics, Heustis is the one responsible for determining if they are legal or not, since the club doesn't have a human resources department. He admits he's not trained to root out forgeries.

"If somebody brings me a driver's license and a social security card, I do my best," he says.

To compensate for the lack of qualified help, Heustis posts ads on Craigslist specifically looking for retirees to handle mowing duties.

"It's working out great," he states.

However, he has encountered one problem as a result of the new tactic. Since the retirees aren't capable of such tasks as laying sod and raking bunkers, they were ending up with the easier tasks ahead of veteran full-time workers. So Heustis had to devise a solution so the veteran workers weren't getting left with all of the more labour-intensive tasks. He broached the subject with a number of superintendents in the region, and the solution was the same from each: Just get the job done. 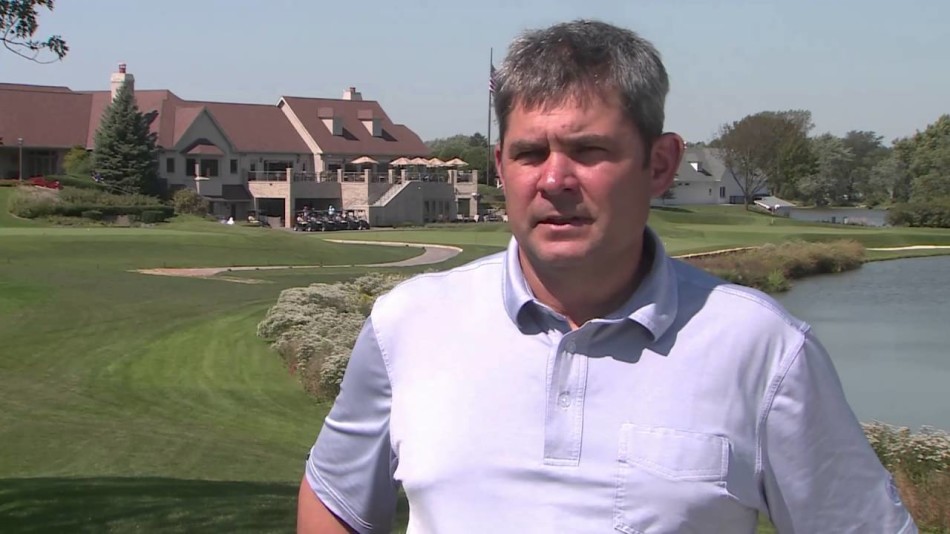 Just south of the Chicago Highlands is Ruth Lake Country Club in Hinsdale, Illinois. There, Superintendent Dan Marco is dealing with the effects of E-Verify, which his club implemented three years ago.

"It's amazing how quickly it's turned," he says.

While approximately 90 percent of his seasonal workers return each year, Marco needs new methods to recruit crew members. Previously, he could rely on his crew's contacts to help fill the openings.

"Everyone was trying to get their guys in," he explains. "This year it hit us. When I ask, they just have blank looks on their faces. They don't have anyone."

Marco, who's in his 13th year as Ruth Lake superintendent, plans to try new strategies to fill openings, such as hiring retirees, which Heustis has found success with. "We've adapted before," Marco states. "We'll have to adapt again."

The frustration of superintendents throughout the country is palpable, in part because the playing field isn't even. While one course may implement E-Verify, the one down the road might not. Twenty-eight states have not implemented the program. What bothers many superintendents is the fact that motivated people are being punished.

As one superintendent asked, off the record so as not to incur the ire of his club or Homeland Security, "Why do we want to go after people who want to work?"

You can read the original article from Superintendent magazine HERE