AQUA-AID EU's OARS Penetrating Surfactant (OARS PS) has been used extensively at Le Golf National as the Paris club prepares for the 2018 HNA Open de France and the 2018 Ryder Cup. 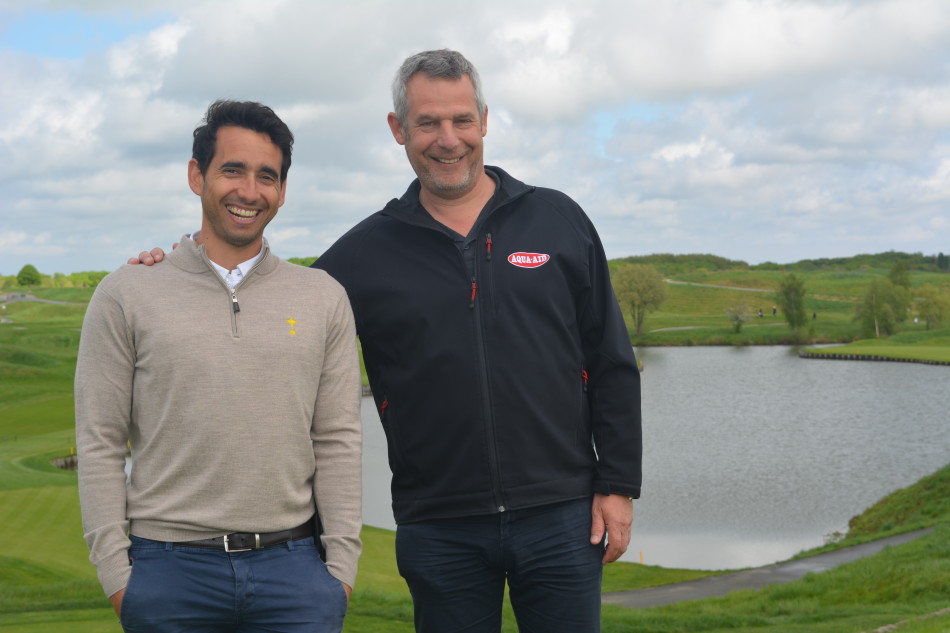 Golf courses and estates manager, Alejandro Reyes, was appointed to his position in 2013 and was tasked with creating a Ryder Cup landscape using the 7,331 yards of The Albatros course, and extensive product testing was carried out to find the best programme possible.

Following recommendations from those within the industry Alejandro was supplied by his local dealer Jacques Laborier of Celtic France and tested the OARS PS for himself and has been using it ever since as part of a programme that had the course in spectacular championship condition through 2017.

"I first heard about OARS PS in Spain, but I didn't use it until I came to Le Golf National," Alejandro said. "I'd had good feedback about OARS PS from different colleagues and had quite few telling me to test it because it was working very well for them.

"With OARS PS we saw a reduction in dry patches and what I really liked the most was that I had the feeling, and still have the feeling, that it works and the water moves better throughout the profile, and for me, that's the key.

"We use it every other week all around the course. We have two kinds of tank mix with a pure foliar, so we have all the package we need to give to the plant. Then on the alternate weeks to that, we are spraying an irrigated mix where we are using bio stimulants that we are mixing with the OARS PS.

"We have very little issues with dry spot on the course now but if we do we'll use OARS Pellets for hand watering to fix local dry spots.

"We've been testing many different products and 2017 was the last year for us to test anything, and it was a very good year for us when it came to maintaining the golf course. We were very happy with the condition, and how it was looking at the end of September was awesome. I have the confidence that we had found the winning formula and we need to stay with it, to maintain continuity of the condition of the course. We had a great 2017 HNA Open de France and really within this year it's just about replicating those standards."

The OARS pellets used at Le Golf National to combat localised dry spots work as a corrective approach and remove the build-up of organic acids that coat the surface of sand particles, which cause water repellence and localised dry spot conditions.

For AQUA-AID EU managing director Hans de Kort, having the opportunity to work with Alejandro alongside distributors Celtic France is a fantastic chance to see OARS PS in use.

"It is great to have professionals like Alejandro in the industry," he said. "When it comes to products like surfactants you have to be able to judge it on its functionality, and Alejandro has done that with great success.

"We are very proud to support the green-keeping staff at Le Golf National in the lead up to this year's golf events and like all golf fans we look forward to watching the 2018 Ryder Cup in September."

Whilst Le Golf National, owned by the French Golf Federation, is no stranger to hosting major tournaments with 25 French Opens already played on the course since 1991, the scale of the Ryder Cup challenge is massive. The regular team of 30 increases to 80 for a French Open but for the Ryder Cup it will grow to 180 with the full support of Official Ryder Cup Supplier Ransomes Jacobsen.