0 On your bike! Kenny McCurdie is retiring after twenty years tending the Mannofield Park Cricket Ground

So that's it; no more sitting on a roller in the Aberdeen sunshine. Kenny McCurdie is retiring after twenty years tending the Mannofield Park Cricket Ground, the most northerly venue in International One Day cricket. In this question and answer session, Kenny talks about his career and his plans for retirement. 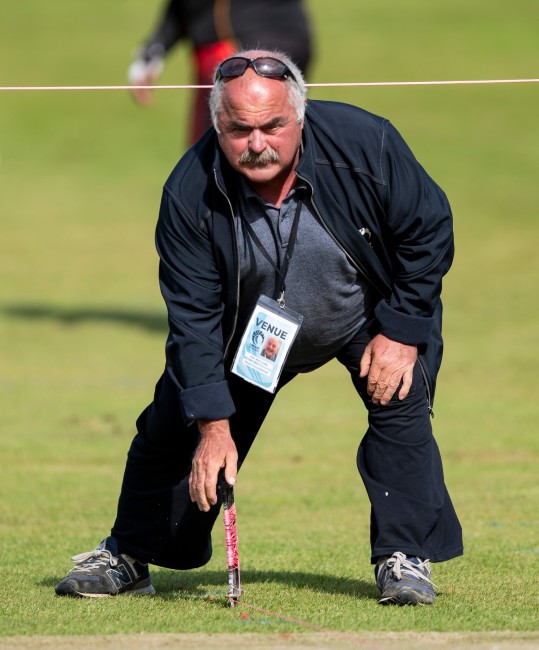 Pitchcare: How did you get into the industry?

Kenny McCurdie: Whilst at college in 1992 studying for an HND in Business Studies, I met the captain of Penicuik Cricket Club who introduced me to the club, and I assisted with the autumn renovations later that year.

I attended the IOG Levels 1, 2 and 3 courses to gain more knowledge and, in 2000, I was invited to interview for my current position

What has been the highlight?

The triangular series in 2007 between Scotland, Ireland and New Zealand was particularly memorable in so far as, for a while, it held the highest One Day International innings total of 402-2.

What were your darkest moments?

2012 - weedkiller spread on the square, resulting in nine of my fourteen pitches being out of commission for that season. 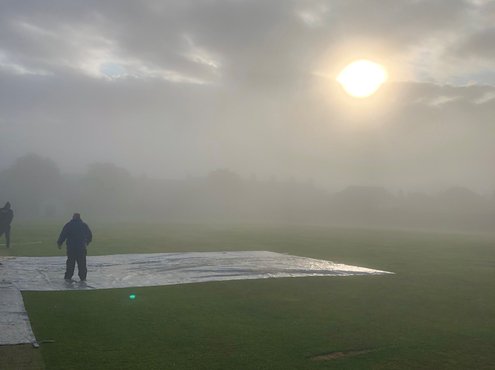 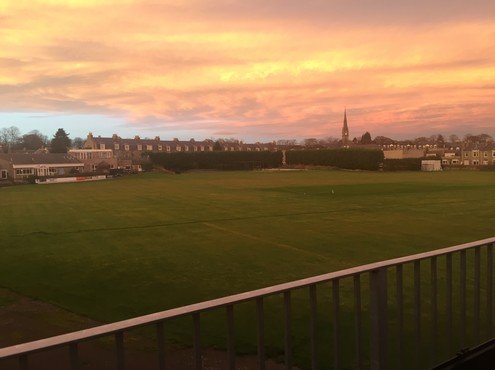 Mannofield's international status has come to the fore in recent years. That must make you very proud?

Having internationals piques my interest. They are my "Test matches"!

There's a photo of you in deep conversation with Ian Botham. How were you treated by the media generally?

I don't recall the photo! I have had a good relationship with the local papers and the nationals.

What was the best match you saw at Mannofield?

Although rain affected, the Scotland vs England match in 2014 was challenging, but eventually a very good game ensued with Callum McLeod of Scotland taking a screamer of a catch on the boundary

How did you gain the respect of the players, umpires and management? 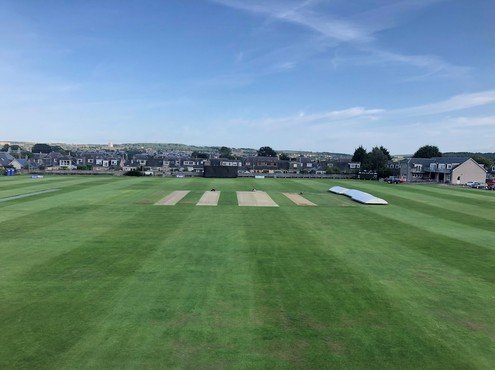 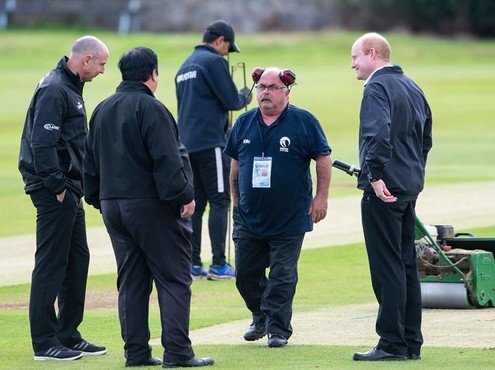 Did you have many run-ins with players and/or umpires?

It goes with the territory that there's going to be differences of opinion. I'll leave it at that!

Would you say Cricket Scotland is in a good place at the moment?

I don't have a close enough relationship with our governing body to comment, but we are suffering locally from diminishing numbers taking up the game.

By way of addressing this, my club is coaching in twenty schools, but it will take time for those children to filter through to playing at senior level.

Being so far north, did you need to do anything 'out of the ordinary' to combat the weather?

Thermals are always a good option. Keeping covers on to combat the drying effect of the wind is a regular occurrence. 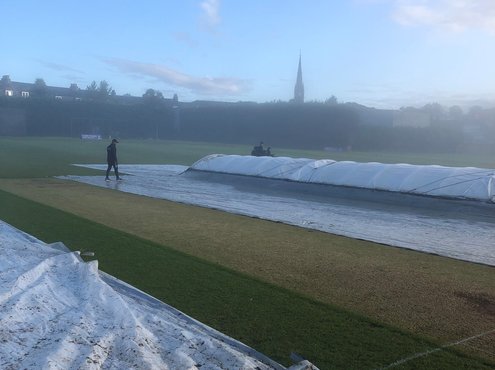 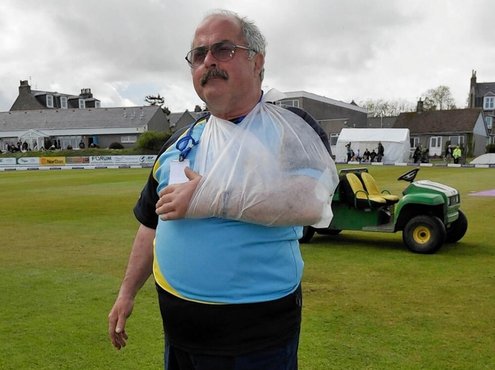 2014 saw you with your arm in a sling. What happened and how did you manage to work through that?

Whilst operating a motorised sponge roller I tore a ligament as I moved it. Fortunately, the Scotland and England physios came to the rescue, patching me up in order that I could complete the day.

How easy was it to find someone to take over your role?

My assistant has been with me for three seasons, so it should be a smooth transition.

Is there anything you would have done differently, professionally and personally?

Not really. Coming from a voluntary position to one of full-time, I had to learn quickly and decision-make at national league level. 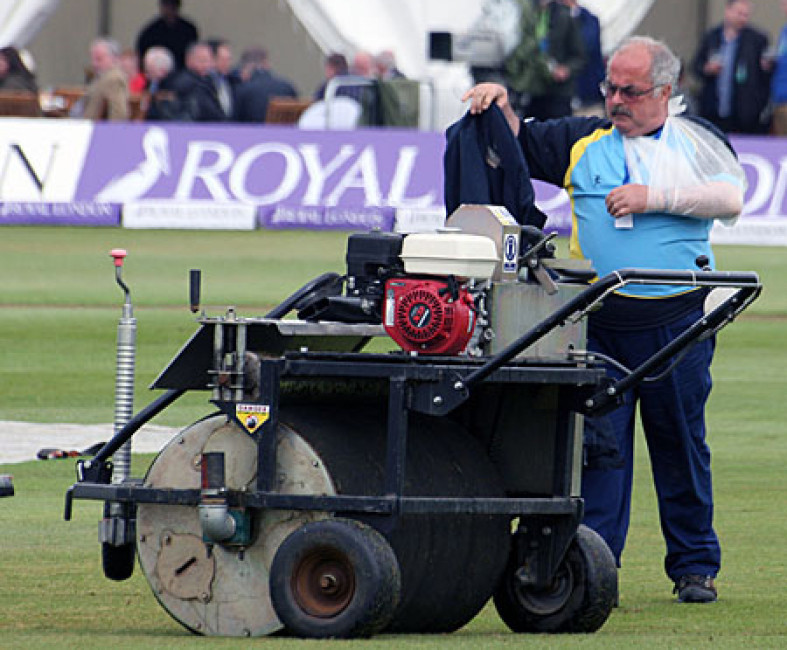 Do you have any regrets?

I gave too much time to cricket and not enough to family!

How has the industry changed over the years?

More communication between 'groundies'. Better mechanisation. Studies by universities ensuring that we have proof of best practice.

What will you miss about the job?

Having to leave my thick skin behind!

What are your retirement plans? For example, do you have any interests that have lain dormant that you might revisit?

I have been riding motorcycles with a tour company in Gran Canaria for over seven years, having made many friends during that time. It's the intention to be out there for an extended holiday assisting them from time to time.