by Louise Challiss
in Machinery & Mechanics, Aeration, and Golf
on 19 Jul 2022 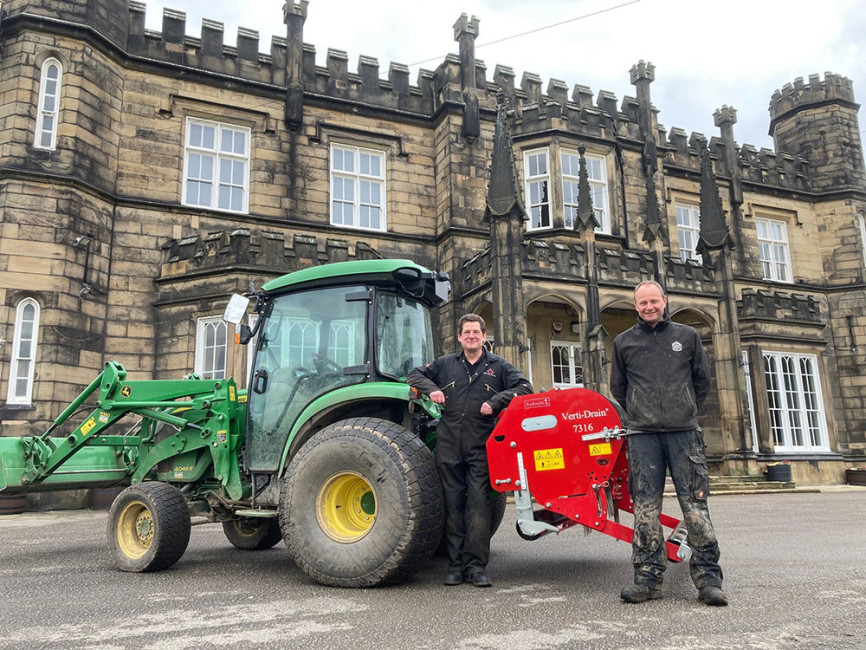 With ever-increasing restrictions on chemical usage impacting on plant growth and root development, Course Manager Andy Unwin cites an increase in the amount of aeration work taking place as the stimulus for the purchase of their new Verti-Drain 7316, delivered in March 2022.

Rotherham offers a true test for golfer and greenkeepers alike, as Andy and his team of five deal with thousands of mature trees and historic push-up greens across the 18-hole parkland course. "A lot of work has gone into the greens over the years, lots of aeration and topdressing which now means we're in a good position with sandy, free-draining greens" explains Andy, who took over as Course Manager last year. "However, things are always changing and one of the biggest issues we now face is the changes in chemical legislation, making aeration more important than ever for retaining root strength and plant health." "With our Verti-Drain® 105-145 we would traditionally have two main 'aeration weeks' - one in March and one in August, with spot treatments as and where required. This machine was purchased in 1994 and gave us years of trouble-free and effective aeration, but with more work on the cards, the time was right for an upgrade. Redexim's Andy O'Neill and Tony Dodson of Cheshire Turf Machinery brought in a 7316 and it ticked every box."

With a 1.6m working width, the 7316 is one of the most versatile models in the Redexim Verti-Drain® range. Small enough to suit smaller chassis tractors, but weighty enough to handle compacted ground, it is available with a range of tine options to suit all sports turf applications and maintenance tasks throughout the calendar.

"Of course we're all noticing the differences between the two machines. This one is smoother, with much less vibration during operation, and it's all really user-friendly - adjustments to speed and depth are nice and straight forward." Andy adds, "With the Verti-Drain® you know what you're going to get and that's reliability, which is going to be critical as we continue to undertake more aeration work around the course over the next few years."