by Steve Monk
in Industry News, General Interest, and Football
on 03 Aug 2018

The 2018/19 Premier League season is fast approaching and it's that time of year again where details of the Pitchcare Fantasy Premier League are announced! 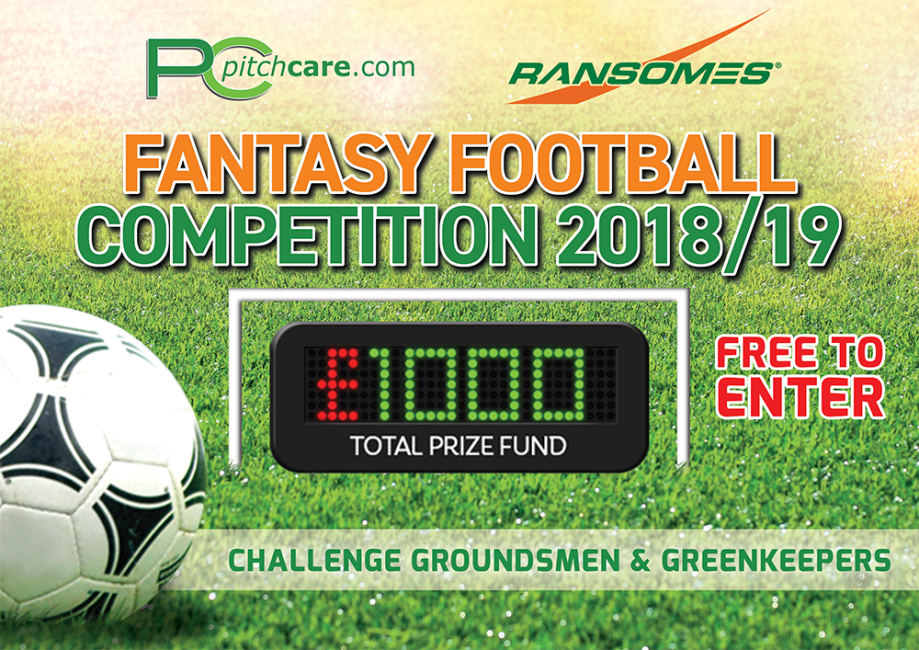 Fantasy Football League is back, brought to you by Pitchcare and Ransomes - manufacturer of the new HM600; the only mower with the versatility to do it all, the productivity to do it fast and the technology to produce a superior finish.

The league will once again be FREE TO ENTER and is open to Pitchcare and Maxwell Amenity customers, subscribers of Pitchcare newsletters, staff of Pitchcare and Ransomes Jacobsen. A total prize fund of £1000 is up for grabs with a first prize of £300 going to the winner and monetary prizes going each of the top 15 players.

This season will be very different to past seasons, Chelsea will start the season with yet another new manager. For the first time since 1997 a Premier League season will begin without Arsène Wenger on the touchline and for the first time in 5 years Maxwell Amenity's Sales and Marketing Director, Dan Hughes isn't making his usual bold claims of finishing above everybody in the office!

The season after a World Cup is always interesting to see how the players who have been busy through the summer can perform, will those players who reached the latter stages struggle to perform at their best through the early stages of the season. As with every season there are some interesting questions to be answered; Can Mo Salah repeat his form of last season and be the top scoring fantasy player for the second consecutive season? Will Harry Kane follow up his World Cup Golden Boot award with his 3rd Premier League Golden Boot award? How will Wolves' Portuguese flair fare stepping up to the Premier League? A captivating and intriguing season awaits and all fantasy managers will be eager to select their team and get the season underway!

Please note that, to be eligible for entry, you will need to adhere to our terms and conditions of entry and agree to receive email communication from Pitchcare. Proving that you are either: a professional working within the amenity sector, (ie. Groundsman, Greenkeeper, Landscaper) OR you have purchased goods to the value of a minimum value of £50 within 12 months of the start of the season from Maxwell Amenity.

The league and points are independently allocated via the Official Fantasy Game of the Premier League.

We would like to take this opportunity to thank last year's sponsor Syngenta, all previous years sponsor's staff are welcome to participate. Good luck and enjoy the season, the Premier League at least is coming home!!!

By entering the league you are consenting to receive email communication from Pitchcare. You may unsubscribe at any time. For more information please view our privacy policy.