Scottish Players' union boss Fraser Wishart has called on the game's ruling bodies to prevent more senior clubs installing plastic pitches until proper research has been done on the damage they can do to players and the game itself. 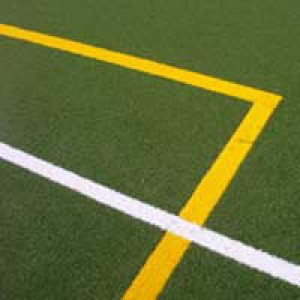 Twelve of the 42 SPFL clubs play on 3G surfaces and many players - in some cases, leading goalscorers - are left out by their managers when they visit certain grounds due to the impact the synthetic turf has on their joints.

In 2013, the SFA announced that they had asked Wishart to send out a survey of his members on the subject and more than 700 of them replied. The vast majority wanted to avoid Astroturf, but the SFA kicked the results into the long grass, where they have remained… until now.

As more clubs queue up to install plastic pitches as a money-raising venture, Wishart is demanding answers to players' questions before they are given the go-ahead.

"We know that artificial surfaces are here to stay," he admits. "They've been sanctioned by Fifa, they're in the laws of the game, and they're used in the Champions League, so it's not as though we want to reverse that process.

"But, while there seems to be a clamour at the top of the game for these surfaces to be rolled out everywhere, there are issues which have been raised with us.

"A quarter of our clubs play on plastic pitches but we would like the authorities to take stock and ensure they should all be of a similar standard.

"They already produce a different type of game because there is a different bounce," he claimed. "Players tell us it's harder to change direction and that it makes closing opponents down more difficult.

"Artificial pitches wear out. If you use them for 80-100 hours per week then they'll need replaced in a few years. I go to games all over Scotland and I can see that some surfaces aren't as good as they were three years ago. They're quicker and the ball doesn't bounce like it used to.

"We're not Luddites - we just want to ensure that the standards are as high as possible because there is a huge gap between the best and the worst ones at present.

"Clubs don't install them to have a better surface on a Saturday. If that was the case then they wouldn't be using it non-stop for the rest of the week.

"It's about fund-raising and we're not against that, but these pitches need to be properly maintained because this is a professional game."

For the full article, visit www.scotsman.com.