by Jeremy Armstrong
in General Interest, Renovations & New Builds, and Football
on 21 May 2019

The Daily Mirror has discovered that an eye-watering £5 billion is being spent on seven new stadia and infrastructure including transport and roads, built by an army of 28,000 workers who are being paid as little as 0.82p per hour. 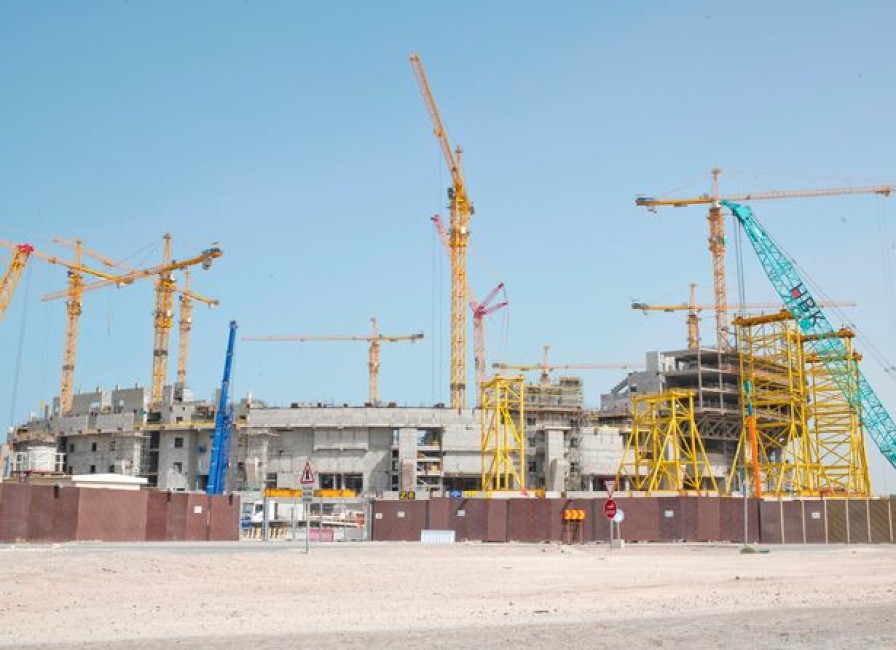 Slogging away in blistering heat in Qatar, an army of workers is doing the graft so the super-rich nation can bask in the glory of hosting the World Cup in 2022.

And many of the 28,000 people building seven new stadiums and infrastructure earn the equivalent of just 82p an hour.

The nation is ranked the world's richest and could ask the world cup contractors to pay far more than this.

Visiting some of the venues being built, the Mirror spoke to workers - many who are from among the poorest nations - and found out how little they are paid.

She added: "We secured agreement for inspections on construction and accommodation with workers' committees."

"While a huge step forward in a country where trade unions are illegal, it is limited to the World Cup venues." 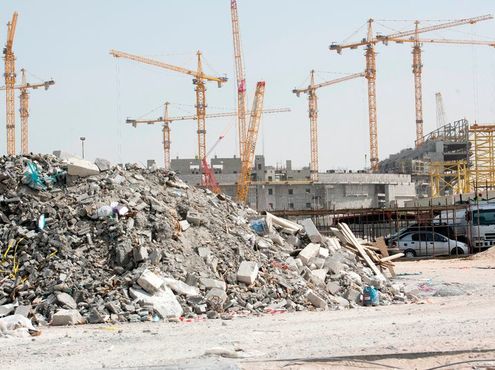 May Romanos, Gulf Researcher of Amnesty International, said: "Things are not changing as fast as Qatar would like us to believe."

"We believe that [football's world governing body] FIFA has a responsibility to respect human rights in relation to workers on infrastructure."

"In October 2017, Qatar introduced a temporary minimum salary of QR750 per month. It is less than the QR900 that the Nepali government has requested... Qatar risks falling behind on its promise to tackle widespread labour exploitation and abuse of migrant workers."

Oil-rich Qatar owns French football club Paris St-Germain, and paid £198million for Brazilian star Neymar two years ago on a contract said to be worth £500,000 a week.

In time for the most controversial World Cup ever, £5billion is being spent in Qatar on the new stadiums as well as transport links and roads. There had been reports of 1,200 deaths of workers, but organisers say there have been three fatalities recorded in accidents on construction of the venues.

Two were at the newly-opened Al Wakrah stadium in capital Doha. 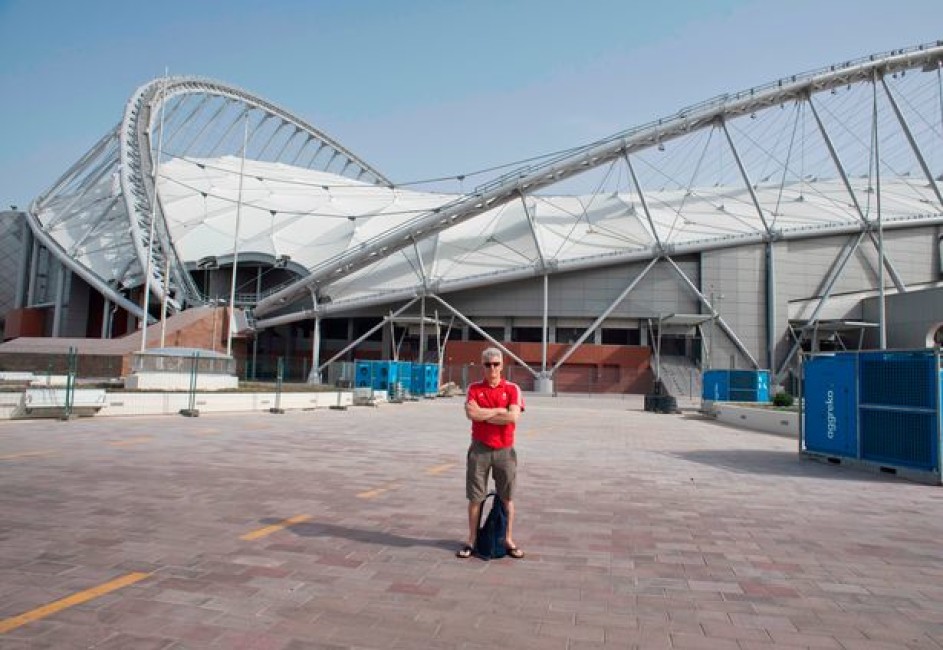 Mirror man Jeremy Armstrong in front of the national stadium

As we drove through the gates there, workers were putting the finishing touches to the 40,000-seater ground.

One worker told us: "I am a tiler inside the stadium, and help with other work. I earn 900 Riyal per month."

That is the equivalent of around £190 a month, 99p an hour. A workmate gave his pay as about the same.

Their jobs come with accommodation, food, free healthcare, one month's holiday a year and a flight home.

As with all the venues, the staff are not employed by the Qatar Supreme Committee organising the World Cup, but the contractor doing the work.