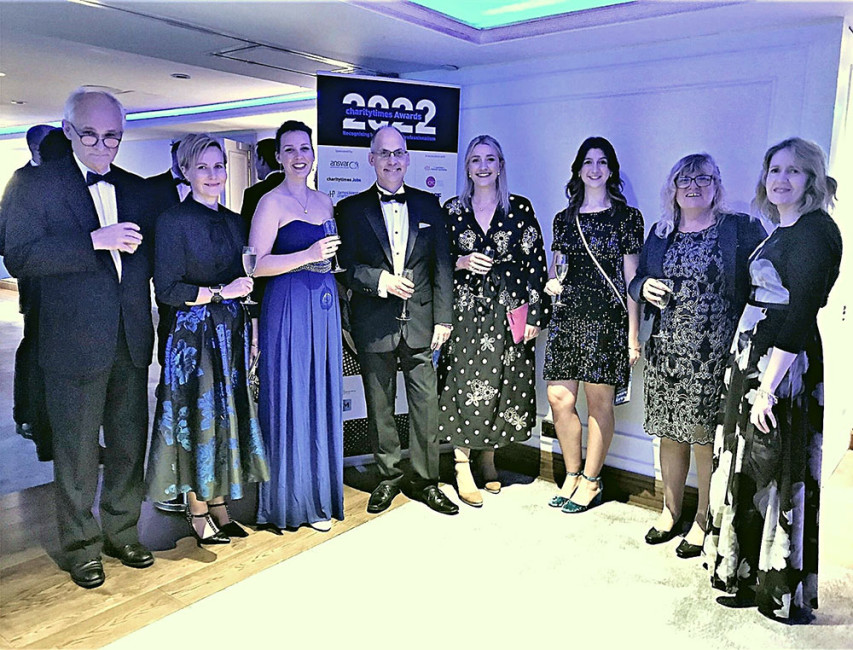 Celebrating excellence and best-practice across the not-for-profit sector, the Charity Times Awards panel of independent experts were impressed by the impact, focus and innovation shown by RABI's work supporting the farming community.

Alicia Chivers, RABI chief executive welcomes the recognition of the importance of the support RABI provides to the farming community at a national level. With the unprecedented challenges currently facing farming people, she believes the wider acknowledgement of these challenges and impacts on farming people is fundamentally important.

"It is a phenomenal achievement to represent the farming sector in the esteemed company of the other shortlisted charities," says Mrs Chivers. "RABI was particularly honoured to receive these awards in remembrance of our Patron, Her Late Majesty Queen Elizabeth II, who contributed so much to promoting and supporting the agricultural community.

"The Big Farming Survey and the ongoing outcomes from RABI's work were recognised by the Charity Times award panel as beginning fundamental change that will resonate for a considerable time to come. Winning this award helps RABI to showcase the value of our community and give farming people the voice they deserve," she continues.

"Farming people make an important contribution to our society, and it is vital they are supported appropriately. RABI has already begun to introduce innovative new support in response to the survey and will continue to develop our services to meet the changing needs of the community we serve.

"Every charity relies on the talent, dedication and commitment of its team to make a tangible difference. I am extremely proud of these awards, as they represent a public recognition and celebration of the hard work and dedication of the entire RABI team and all our supporters," Mrs Chivers concludes.

RABI has also been shortlisted for the Association of Charitable Organisations' Charity of the Year 2022, as well as the Third Sector's Breakthrough of the Year Award 2022, for its farming tailored counselling service and mental health training. Both awards will be announced later in September.