Contractor, GMC, is the latest purchaser of the agria 9600 hybrid banks mower. The family run business, which has over 15 years' experience of commercial grounds maintenance and landscaping in the Scottish central belt, says the all-weather machine has revolutionised much of their work. 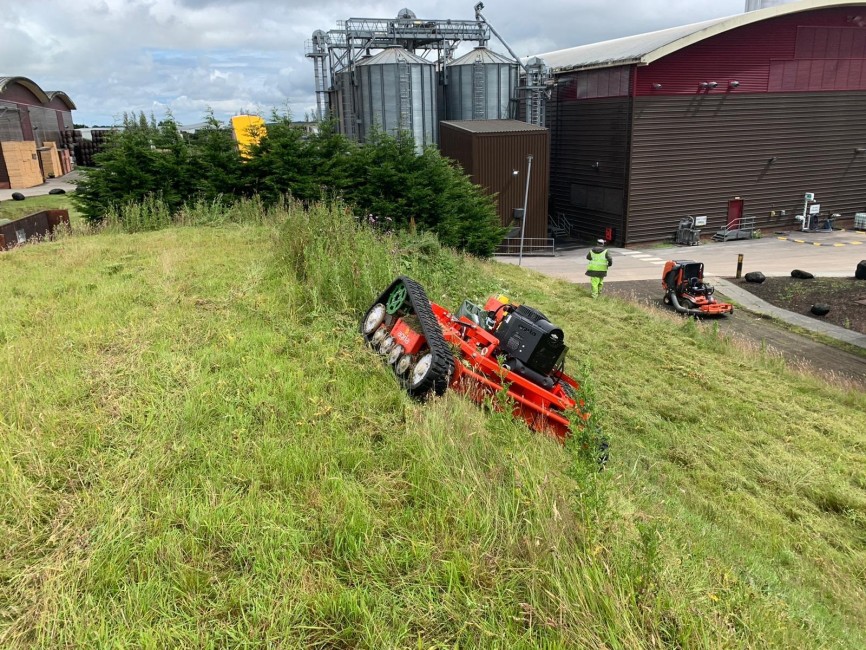 Director, Stephen Walker, said: "It's been here two months and instantly it's made everything easier and safer. Safety of the team is prioritised. Dangerous banks and slopes can be tended from a healthy distance using the remote control pad. I'm so much happier knowing we can deal with work on steep areas with a lot less risk to everyone."

The distinctive red agria 9600 has balanced weight distribution, a low centre of gravity and robust build quality. Continuous tank treads help it power up and down slopes with gradients to 50°. At 1.12 m wide it covers ground quickly and accurately, cutting and mulching in two directions.

"I can honestly say I can't find any negatives with the machine. It does far more than I ever thought it capable," continued Stephen Walker. "Complicated mowing jobs are easier. In the past we needed hedge cutters, strimmers, chippers and ride on mowers, with safety planning and briefing beforehand, Now it takes less time, often with neater results. You don't even break sweat.

"It's actually changed so much for us. The team has been freed to concentrate on other detail so we're far more productive, delivering a better all-round service to our clients." 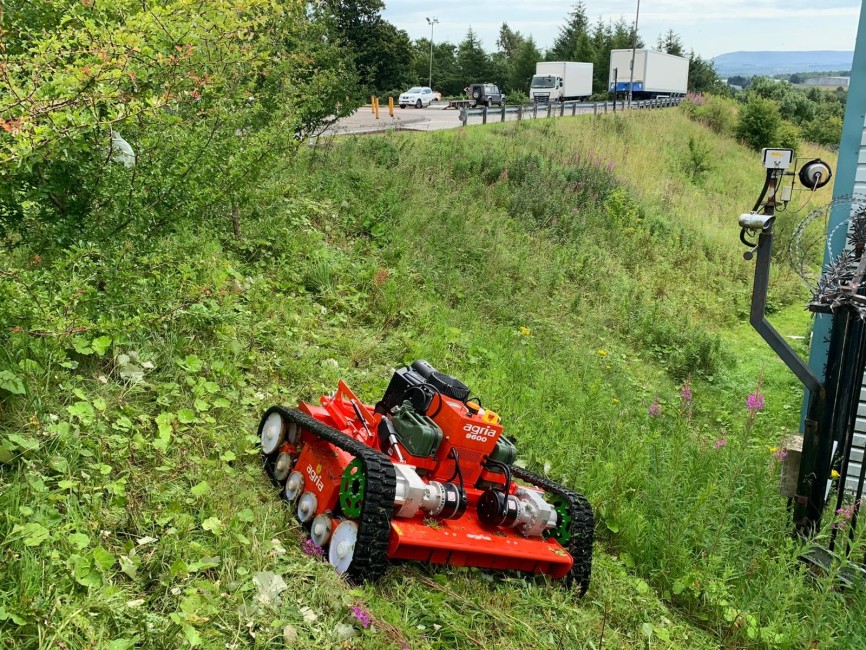 "Because it can operate in the wet we've been able to keep going throughout these last few weeks. Previously you'd never dream of getting your team to stand on steep banking on a damp, let alone wet, day. However, with the remote feature you take up safe position on the level. We've been outside distilleries, hospitals, food production plants, riversides, ponds, preparing school sites, you name it we've been there… on really steep banks, in long grass, short grass … and then often out on the flat as well. It's great; the more experienced you are with controls it absolutely opens up more and more areas and opportunities. When talking to prospective clients I've brought out pictures of the machine showing what it can do and it's being received well."

GMC who have 24 employees are based at Bathgate, West Lothian and purchased their machine from Scottish dealer Fairways GM. Fairways GM is a sister company to both Agria UK and Wiedenmann UK. Installation and operator training were carried out by Agria UK's Andy Kerr.

Wilson Morrison, Sales Manager at Fairways GM said: "Can't lie. Stephen has become an expert operator in just a few months. He's at the stage where he can show us a few of its tricks. Undoubtedly being able to work in the damp and wet has been such a benefit."