Following their official re-brand in July 2021, Redexim will be returning to BTME 2022 to showcase equipment from across their sports turf and landscaping divisions. While a stop by stand Purple 432 will see a new name, the same technical team will be on hand to discuss some of the iconic machines from across their extensive portfolio - including the high-speed Verti-Drain 2519 and Redexim Multiseeder. 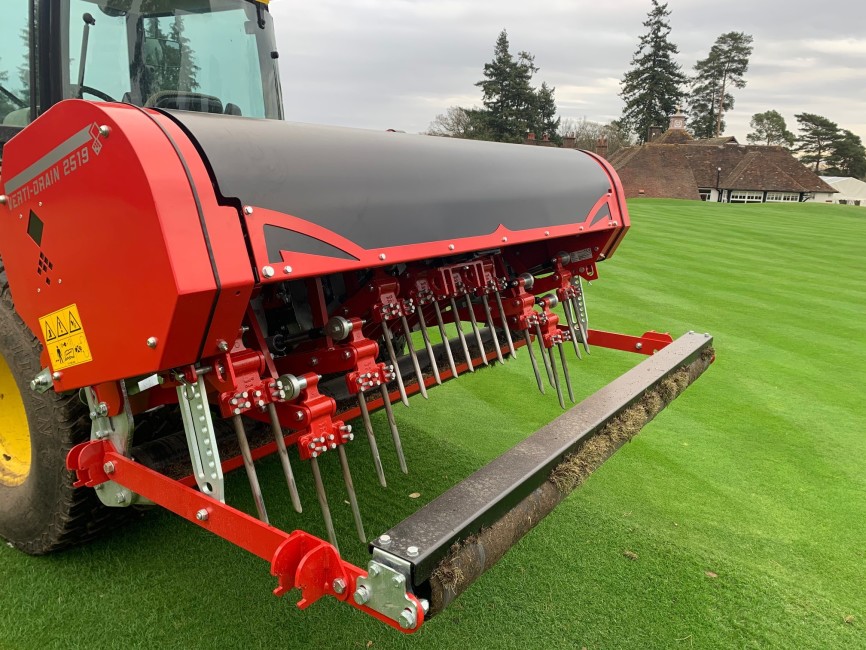 Thanks to its 1.9m working width and ability to accept a range of tine options, the Verti-Drain 2519 has proven its credentials as the ultimate in versatile, precision aeration. Re-engineered to include a new draw-rod system and an easy-to-adjust heave lever, the 2519 offers a PTO speed of up to 540rpm - allowing it to cover almost 9000 sq.m per hour when spaced at 165mm. This high-productivity output has made it a popular choice with greenkeepers and grounds managers alike since it was officially launched at BTME two years ago.

Also on the stand, and making its debut in Redexim red, will be the Multiseeder. The Multiseeder is perfectly suited for work on both fine turf and amenity areas and has gained a reputation for being one of the most accurate dimple seeders on the market. Two spiked rollers saturate the ground with up to 1890 holes per sq.m, creating the perfect dimple in which to deliver the seed, brushed into the hole by a rear-mounted brush to ensure not just optimal soil contact but a clean and tidy finish. The ability to have the rollers fixed or floating means the Multiseeder takes undulating surfaces easily in its stride, and with three working widths of up to 2.1m, there's a model to suit most applications.

With machines spanning aeration, topdressing, overseeding, brushing and synthetic maintenance to name but a few, the Redexim team look forward to answering any technical questions and reconnecting with visitors, once again, in Harrogate.