You may think that if you're operating petrol-powered equipment, particularly in poorly ventilated spaces, that exposure to harmful hydrocarbons is largely unavoidable. Benzene is just one of the many hydrocarbons found in conventional pump fuel and exhaust emissions, often considered the substance most dangerous to human health. However, there is an alternative in the form of Aspen Alkylate petrol - switching to which can reduce benzene emissions by up to 108 times! 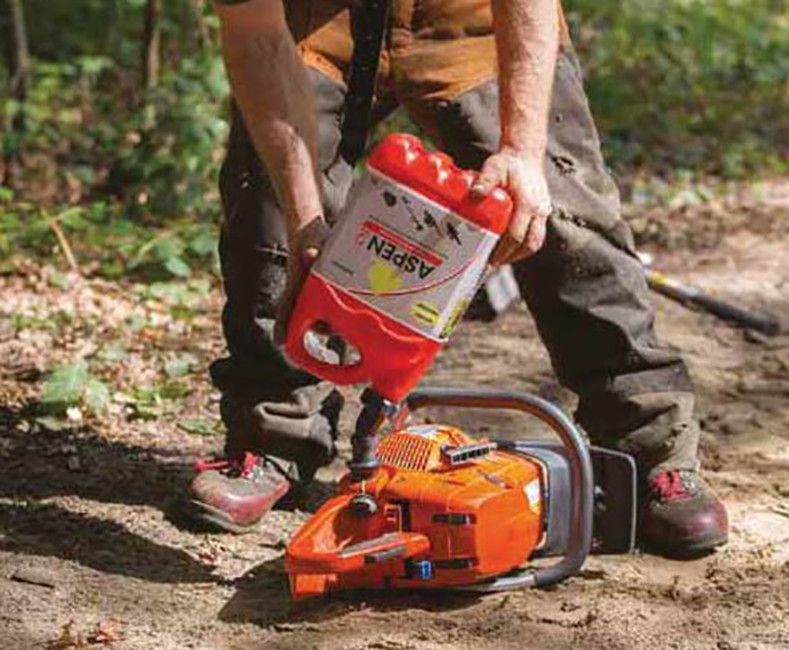 The Control of Substances Hazardous to Health Regulations 2002 (COSHH) regulations advise against benzene exposure completely, but where this cannot be reasonably achieved, there are steps that can be taken to adequately control exposure as far as is reasonably practicable - and certainly below the workplace exposure limit (WEL) assigned for benzene of part per million (ppm) of air averaged over an 8-hour period. One way of doing this could be switching from traditional pump fuel to Aspen.

An Alkylate petrol, Aspen is made using only the cleanest Alkylate components that occur when oil is refined. This process involves combining excess gases from the distillation of crude oil and from the cracking plant, resulting in a liquid alkylate. Once some additional components are mixed in, the result is a finished fuel which is significantly purer than traditional petrol, with content of harmful aromatic hydrocarbons such as benzene and polyaromatics (PAH) close to zero.

Being virtually free from benzene, as well as sulphur and many other harmful substances, using Aspen Alkylate petrol improves the health and performance of your equipment, the working conditions for the operator and significantly reduces the harmful impact your machinery makes on the environment. Aspen is also ethanol-free, which improves reliability, maintains engine performance and preserves the life of component parts which can be susceptible to failure when running on conventional pump fuel, especially if it has been left for any extended period of time in storage.