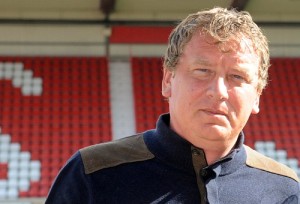 Recently relegated League One football club Swindon Town has secured a site with the intention of building a new training centre.

Earmarked a new headquarters for the club as well as a training ground, the facility is expected to include a gym, treatment rooms and lecture/training rooms for the first team squad and academy players.

The training ground will house a grass pitch and a 4G artificial surface.

A training centre with seven grass pitches and a 4G floodlit surface will also be built on the site for community use.

Money for the project will come from the Nigel Eady Trust - a foundation set up by the wealthy Swindon Town supporter who passed away in 2012.

Swindon Town has held initial discussions with Highworth Town Council in an attempt to secure support for the project.

The club hopes it will be developed within 24 months.

Power said that it would be the "first time that Swindon Town FC has ever had its own state-of-the-art training facility".

"We want this new training centre and pitch facilities to be of benefit to the local clubs as well as Swindon Town," he added.

Last month, the club was relegated to League Two, ending its five-year stay in the third tier.