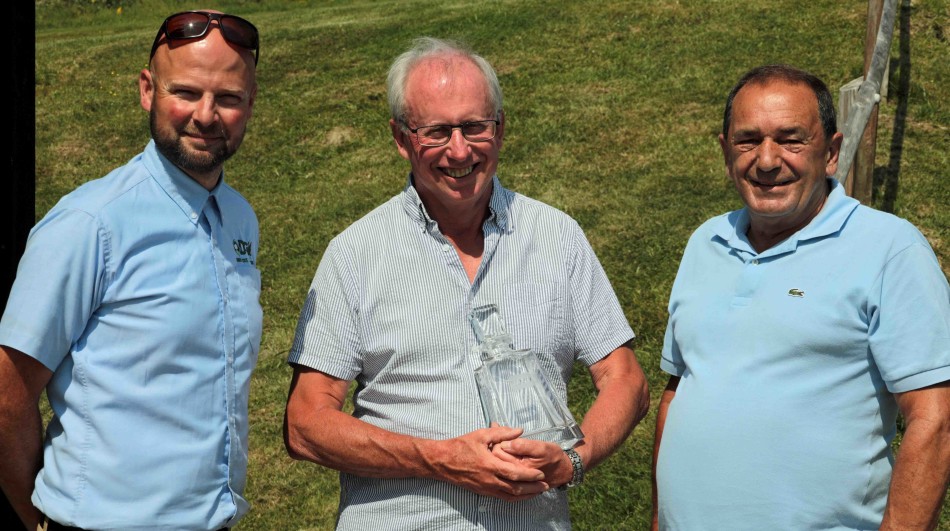 Now 65 years old, Robert originally came from a sports-ground maintenance and horticulture background, landing a post as head greenkeeper at the club in 1978 when he was only 22. Initially thinking of the position as he says, "another rung in the ladder", he ended up enjoying his work so much he stayed until his retirement, over four decades later!

One of Robert's biggest achievements while at Weymouth Golf Club has been his involvement in training and education, club accreditation and charity work, he says: "Training and education are paramount when it comes to staff improvement. In the early days, one of my priorities was to obtain funding for training and education from committees. Although challenging, once it became apparent that increased technical skills, as well as greater motivation and morale, resulted in an overall improvement on the work carried out on the course, getting support for these areas became a lot easier.

In Robert's long-run career he's experienced many advances to the greenkeeping profession, some of which he calls "remarkable". He says: "The evolution of mechanisation and machinery is remarkable and has made the lives of greenkeepers everywhere a lot easier and safer, not to mention more productive. There's now an open world of possibilities when it comes to the maintenance and design of turf, which simply wasn't there when I started out.

"I sometimes relay to younger greenkeepers how many of the machines they take for granted today didn't exist when I started, and when they did, it was only a few prestigious clubs that could afford them. The rise of technology means now we all have the machinery we need to do the job properly."

Toro is the one brand Robert has worked with from the very beginning. "Bringing new equipment from the United States, it completely revolutionised the greenkeeping world," he says. "One machine that, without a doubt, made my daily routine so much better was the Toro Greensmaster 3 riding greensmower; it did so much to cut maintenance time on the course."

Robert's personal favourite, however, was the Toro Sidewinder with its mowing units able to shift sideways, allowing the mower to cut close to obstacles while keeping both operator and machine away from hazards. "If ever there was a mower that can lay claim to being in a class of its own, then surely this is it," says Robert.

With the club a Toro customer and considering Robert's long-term relationship with local Toro dealer Devon Garden Machinery and his long-standing contribution to the greenkeeping profession, the news of Robert's retirement was certainly a milestone to be marked.

John Pike, previous regional manager at Reesink Turfcare, who has also recently retired after 48 years in the turfcare industry, was happy to be involved, he says: "I was delighted to come out of my retirement for the special occasion of marking Rob's retirement. I worked with Rob for many years as did Dennis Lumley, who worked at Devon Garden Machinery before his retirement, so we arranged a surprise lunch meeting for Rob. There, Elliot Wellman, who is Weymouth's current contact at Devon Garden Machinery, and I presented Rob with a Reesink/Toro decanter, plus a nice bottle of malt to fill it!"

Robert calls himself "extremely fortunate" to have been surrounded with individuals who would end up becoming long-time friends, one of which is deputy Rob Mabb, a most-trusted work companion of 35 years and recently promoted to the course manager position at Weymouth upon Robert's retirement, is one of them. A choice that Robert couldn't be "more pleased with".