0 Revealed: How a Premiership rugby club really works - behind the scenes at Northampton Saints

Premiership rugby clubs are big operations these days. In addition to a senior playing squad of around 50, an academy of about 20 players and a support staff of around 35, most clubs will employ a further 70 people in a variety of capacities. 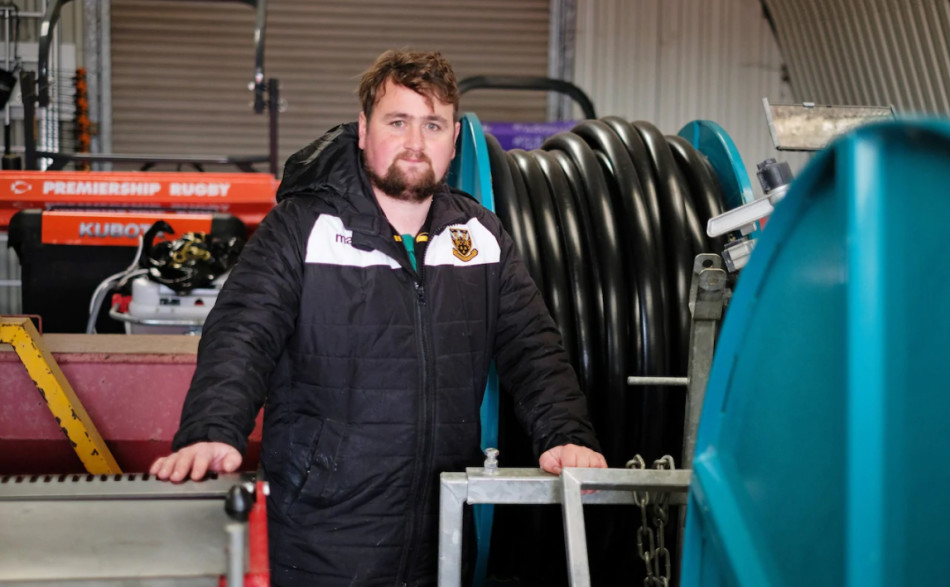 Their roles are rarely acknowledged, but are often integral to a club's success. To gain a better understanding of life in rugby's shadows, The Daily Telegraph was granted exclusive access behind the scenes at Northampton Saints to speak to the people who make the club tick.

I used to love watching rugby but since starting work here as a groundsman it has killed the enjoyment. I find myself just starring at the pitch and how it is performing. It has taken all the fun out of it for me.

Northampton are one of just three clubs in the Premiership that has a purely natural pitch. I know the players love playing here. We often get comments from the away teams as much as our players, and that means a lot. All our training pitches are grass as well but that means a lot of hard work. There are no shortcuts and when we have a home game we work seven days a week.

On the matchday, we will be in at six in the morning and we will hope to quadruple mow it, twice each way, so it is really banging and bold. When it is on TV you want to make it even bigger, brighter and bolder. People see us on the lawnmowers and divoting with our forks and think that's what it is about. Groundskeeping is a science and an art.

I know just about every blade of grass at Franklin's Gardens. We will take samples of the pitch into a science lab to analyse it. An agronomist will come in and does a report for us. We bespoke our fertiliser to get the right levels of nitrogen and potassium and make sure we spray at the right times. Everything has to be perfect.

In a shaded microclimate like a stadium if you don't get things right you will get things like disease or the pitch will start wearing away very easily. You have to be very aware of what weather is coming and prepare accordingly. When the Beast from East hit a couple of years ago, we worked 36 hours just shovelling snow. We were one of the only clubs that got the game on the next day. That's what it means to us.

You can read the full article from The Telegraph HERE