Ribble Valley Borough Council has invested in their own Imants ShockWave to help alleviate compaction and gets games on. 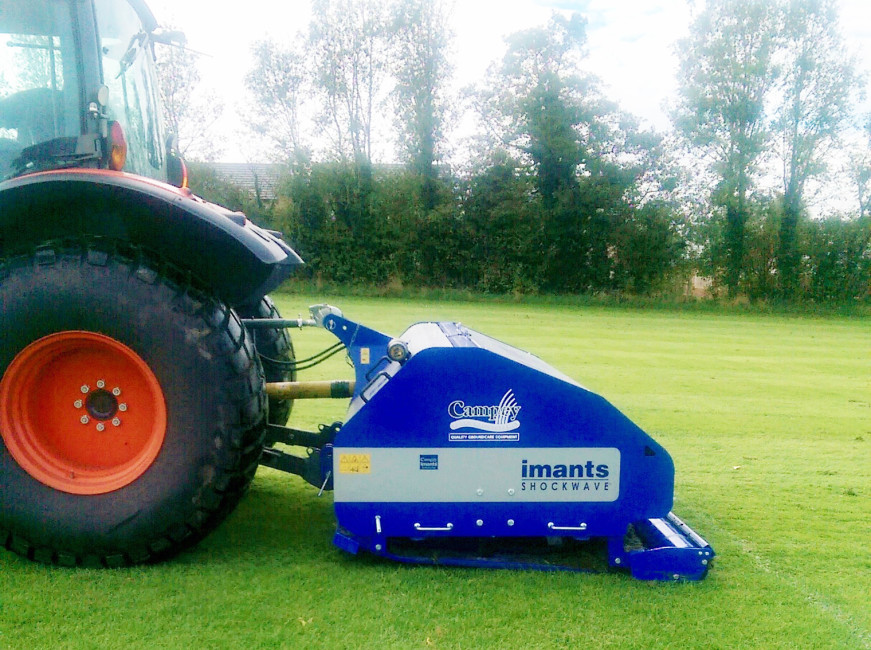 Chris Shepard, Head Gardener at Ribble Council has 14 sports pitches and the fields at Clitheroe Castle, a medieval construction that has been in place for 800-years, to look after as well as other non-sports areas across the Ribble Valley.

The council had a desire to improve the drainage on the pitches and prevent fixture cancellations while improving other areas that were less problematic. To achieve this the decision to purchase a ShockWave was made and it has had a busy start to life during its first three months in Lancashire with the difference already visible.

Chris said: "There were some pitches that had some standing water, but it had got to a point where we needed to do something regarding drainage for all of the pitches and the land to put money back into it and improve our facilities and we thought to get better use in the winter periods that the ShockWave was the way to go.

"There has been a difference in some of the pitches we've used it on. There was one area that would always hold water but that's gone now. It's still a bit softer underfoot than the rest of the field but you're not squelching water like you would have been.

"Once we go on that area again, we'll be able to go deeper and get down to 18 inches and that'll definitely help."

The ShockWave is specifically designed to revitalise heavy wear areas by relieving soil compaction and in turn improve aeration and remove surface water. When doing the linear aerator causes very little disturbance, to the point that play can continue virtually straight away.

For Chris this is an important factor when deciding when to deploy the machine because it can used close to fixture to provide maximum benefit without any risk of causing injury to players.

He said: "People can use the pitches on the same day we've used the machine and that's a massive benefit because we don't have to shut a pitch down for a week. It allows us to make a solid plan with the machine and work on the pitches when we want to and if an area needs to be worked on close to a fixture then we know that's fine."

The ShockWave comes in five different models with the depth ranging from 120mm-380mm. Often it is best to start at a shallower depth to relieve compaction before setting the machine to go deeper on a second run and alleviate any remaining problem areas.