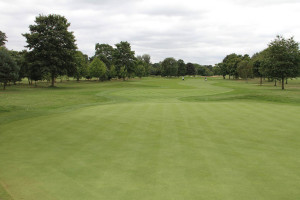 The exclusive Roehampton Club, in the heart of South West London, has become the first new member of the recently rebranded World of Leading Golf (WLG), a corporation representing some of the globe's most distinctive clubs.

Formerly known as Leading Golf Courses of Europe, WLG changed its identity to better reflect its burgeoning worldwide influence. Roehampton Club, a unique private members' sports club, with a reputation for its smooth greens, is the first venue to be accepted as a member since the new name was launched.

Originally formed in 1901 as a polo and croquet club, Roehampton Club's list of members and visitors reads like a Who's Who of society - Sir Winston Churchill and the Duke of Edinburgh played polo regularly there, while King George VI, Admiral Jellicoe and David Lloyd George all captained the golf club. Later, tennis legends Angela Mortimer, Christine Truman, Margaret Court and Evonne Goolagong all won open hard-court titles at the venue, while, today, member Boris Becker regularly coaches aspiring juniors at the club.

WLG general manager Claus Feld said: "Roehampton Club is only the second English club to join our organisation and the first since we became World of Leading Golf. It follows Stoke Park and it is testament to the standards we set in our organisation that two such prestigious, high-quality venues should choose to become members.

"The core of the terms of admission to the World of Leading Golf is an utter devotion to the quality and values of golf. Member clubs and potential members are tested anonymously to certify the clubs' compliance to WLG standards, which enables us to identify the 'best of the best' and position them as the 'Champions League' of golf courses."

Roehampton Club's chief executive, Marc Newey, added: "The international approach pursued by the World of Leading Golf really is a convincing concept. While we are confident we will meet the exacting quality standards laid down, while being proud of our full membership with a waiting list, we do appreciate how important it is to attract new international members who are moving to London - one of the most exciting world cities to live and play sport in."

The idea of a Leading Golf Courses union was born in Austria, and was quickly copied in Germany, Switzerland, Italy, Spain and Portugal. The creation of a European 'umbrella' association was a natural, organic progression and it was inaugurated in 2012. It established itself as the leading European quality certification group, providing travelling golfers in Europe with peace of mind and a stamp of quality assurance.

WLG focuses on marketing and communication platforms for certified premium clubs in order to promote awareness throughout Europe. Print and on-line publications - such as its annual almanac and regular newsletters - serve as reference guides for the demanding golfer, while 'members only' travel offers and other advantages help deepen the relationship between the designated golfers and WLG member clubs.