A fundraising bike ride was recently completed, which saw nine enthusiastic cyclists travel from Lord's, the home of cricket, to Haslingden Cricket Club - a staggering 222 miles. 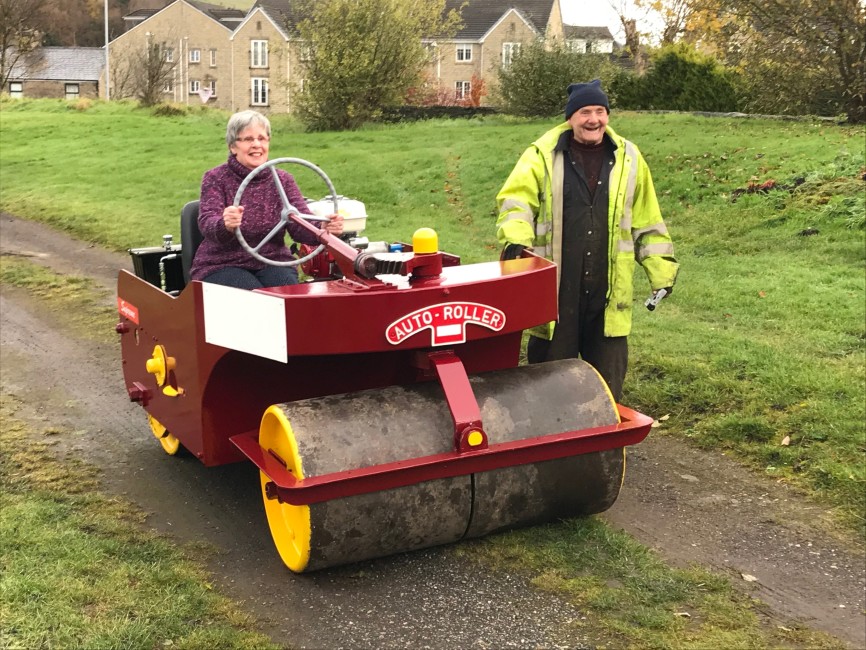 Eileen on the new roller

The aim was to raise funds for the club to purchase new equipment and a staggering £7,800 was reached. The ride was a magnificent success and the club were able to fund a replacement roller from Eric Smith at Swillington Rollers, whilst also making a £1000 donation to local Rossendale Hospice.

Given his links with cancer charity work, Eric thought that this was magnificent event and ensured the club could afford his roller.

Committee member, Ian Cameron commented: "We now need to try and find a new home for the old roller and, if we can get a fair and reasonable price for it, we will also donate 10% to the hospice and the balance will continue to improve the cricket provision at the club."

The bike ride was first conceived after members completed a cycle in 2016, covering all the grounds in the Lancashire League (ninety miles in one day). Haslingden Junior Chairman, Graeme Clarke and fellow Junior Committee member, George Farrell then had the brainwave to expand this to a three-day event and cycle.

Ian continued: "Obviously, the cycle took quite an amount of planning and, whilst in the process, our junior treasurer Eileen was diagnosed with breast cancer and had to undergo all the treatments required, meaning she was unwell for some time. During this period, she received the usual support from family and friends, but found the support from Rossendale Hospice to be invaluable in terms of the facilities, access to counsellors and also the opportunity to engage with people going through the same problems." 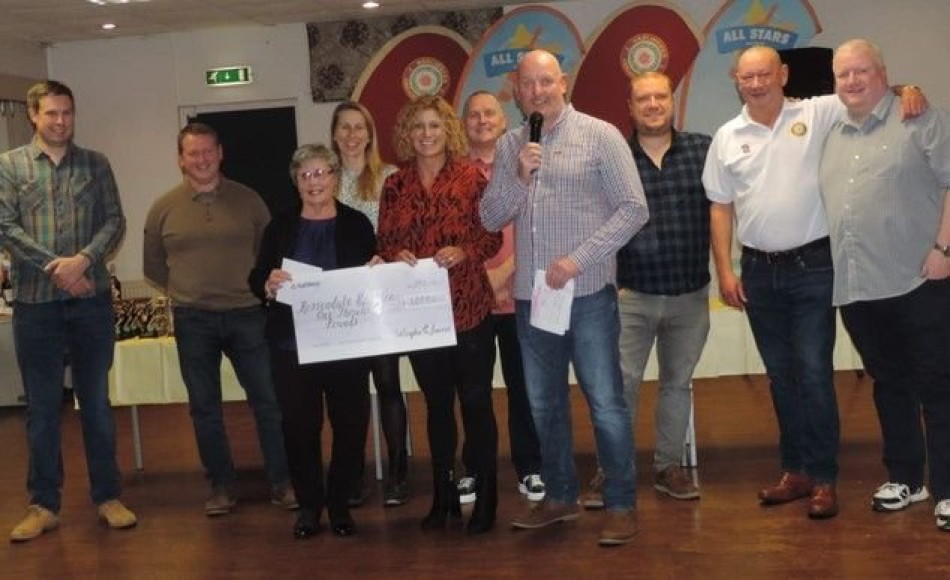 The nine riders were Steven Abraham, Graeme Clarke, Crystal Clayton, George Farrell, Andy Horrocks, Paul Mercer, Deborah Scott, Jeff Stanton and Dave Strachan who were supported by a crew of five people across a refreshment/moral car and a support van for repairs, replacements and supplies etc.