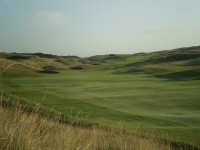 Robert Patterson, course manager at the Royal Aberdeen Golf Club, says that preparations for next September's Walker Cup are going well with the course looking good even after the severe winter.

Greenkeeping work at the Balgownie Links is set fair for the months before this biennial clash of top British and American amateurs. It will be the biggest tournament ever held on the course. Royal Aberdeen might be the sixth oldest club in the world, but Robert and his team are in the fast lane as far as course maintenance is concerned.

Royal Aberdeen has been using John Deere equipment for the past 10 years. In late 2009 the club bought 21 mowing and utility machines from dealer Alpha Plus Groundcare on a five-year finance deal. Robert describes John Deere as "the whole package", and one that enables him to produce high levels of course presentation throughout the year.

"Sand top-dressing on all areas of the course has begun, to keep surfaces dry and firm," says Robert of the work to date. "The Pro Gator and top dresser combination has proved invaluable, allowing us to dust the greens and approaches every week.

"As spring approaches, the 4320 compact tractor and our fairway dresser are also letting us treat all the fairways with sand in a single day. In addition, the lightweight 7500 fairway mowers are making a huge difference to the density and composition of the turf, as it follows the severe contours that we have. They leave a very tight finish, too." 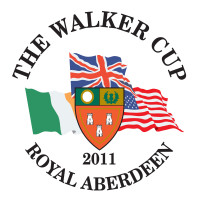 Mowing programmes prior to The Walker Cup are going to be pretty much the same as in previous years, according to Robert. The greens will be hand and triple mown at 3.5mm - John Deere's 180C walk-behinds and 2500E hybrid triplex greens machines doing the work.

Tees will be hand mown at 5.5mm by 220A pedestrian units, and the approaches cut by triplex mowers at 5mm. Fairways will be cut and boxed-off by the 7500 PrecisionCut mowers at 8mm in traditional half and half pattern - no television aesthetics requested here.

"Our members are very proud of their golf course and always expect high standards," adds Robert. "John Deere equipment allows us to achieve that consistently."