Since having a new Toro irrigation system installed in 2019, Royal Cinque Ports Golf Club's course has seen a "remarkable improvement" according to Course and Estates Manager James Bledge. 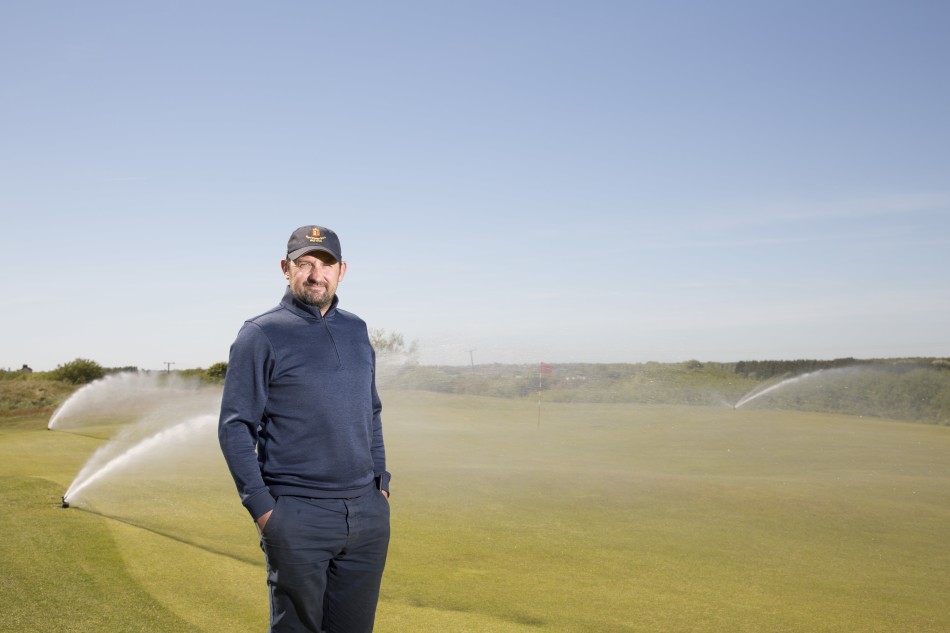 "The new Toro irrigation system has been a huge success," explains James. "We've reached the top100golfcourses.com world rankings for the first time ever, which we can in part attribute to the remarkable improvement the course has seen thanks to Toro irrigation."

"Not only did Toro help us get through one of the driest summers in history last year, but the water savings were incredible," says James. "We kept within our water allowance and didn't lose any turf coverage, which is definitely something our old system wouldn't have managed. In fact, the turf quality has come on leaps and bounds despite the tough conditions."

Part of James' drive to continuously improve the course, March 2019 saw Royal Cinque Ports install a Toro Lynx Central Control System and Infinity sprinklers on the greens, surrounds, approaches and fairways with B Series sprinklers on the tees and T5 and PRN combinations on the walkways. The installation came shortly after another Toro machinery fleet agreement, so had the added bonus of securing the club's position as a Toro Total Solutions customer.

Despite its success, it wasn't a given that Toro would be awarded the irrigation contract. In fact, initially James considered staying with the same brand as the previous system for the irrigation update, but changed his mind after being "thoroughly impressed" by Toro in a demonstration by Reesink Turfcare.

"The whole team really liked the way the Toro Lynx Central Control System and the sprinkler heads worked," says James. "In particular, being able to change the trajectory and ease of set up of the sprinkler heads is incredibly useful when it comes to dealing with the strong winds we get here as a links course."

"The course itself has changed quite a bit in the last twenty years and, as a result, lots of areas weren't benefitting from the irrigation, such as the walkways. So, we wanted something which would water more of the course and target areas more efficiently. The Toro system has given us the opportunity to tackle the issues we were having and make further improvements."

Plus, James tells us, he was keen for a more sophisticated control system: "Having previously had a 20-year-old irrigation system, faults with the electrics meant it was time for a change. The system had stopped coming on during the night which was a huge issue. A complete replacement was needed which included the pumps and wiring alongside a new control system, sprinklers, additional pipework and the creation of a new abstraction point from the water source to the reservoir."

"The new control system is much more modern and it's great to be able to make adjustments from my mobile phone and provide the same accuracy as hand watering. It's a real game changer."

With the installation completed by one of the leading golf construction companies MJ Abbott, both the installation process, and the support from Reesink Turfcare since has impressed James. "It's been really great from the first demonstration through to now. In particular, Robert Jackson and Peter Newton at Reesink have gone above and beyond. The communication has been a different class, whether we needed parts, back up or training, Reesink was always available to help."

He concludes: "With our Total Solutions package, we are continuously improving and well on the way to making the club a 'bucket list' destination."