Royal Norwich Golf Club Limited are aiming to build a benchmark for golf in East Anglia with their new £10 million courses and clubhouse, with MJ Abbott undertaking the £4.5 million land redevelopment. 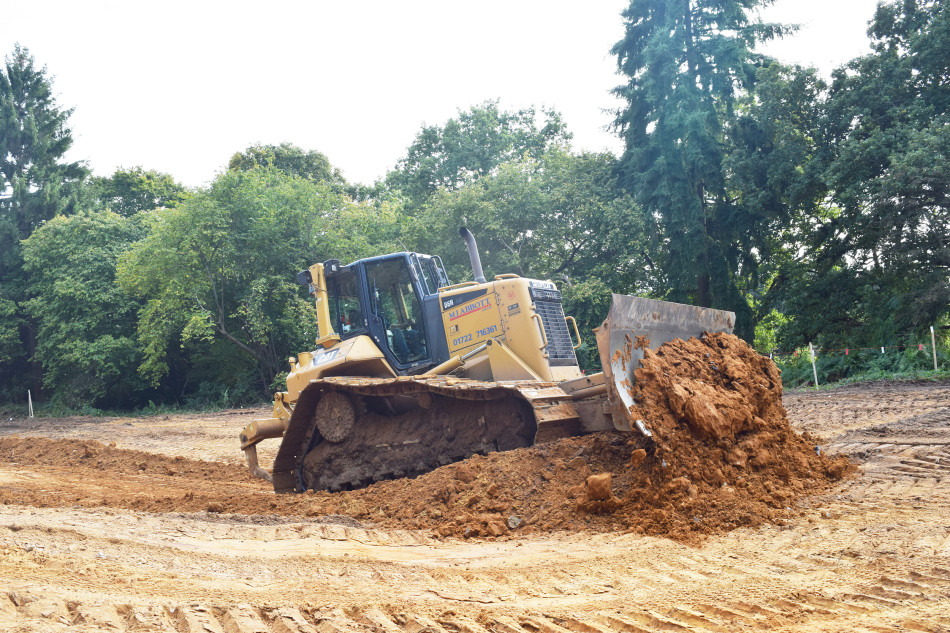 For the club and its members, the new courses, which are being built on the former Weston Park site will provide a challenging golf experience for professionals and amateurs whilst offering the feel of an established course that's been in situ for decades.

Ground was broken at the site in June and the plans of experienced and renowned golf course architect Ross McMurray from European Golf Design are starting to be moulded into the vast landscape on offer, with thousands of tonnes of earth already having been moved into place.

This ambitious project is set to draw top level amateur tournaments to Norfolk and the appointment of a contractor to execute the vision of the architects who had been drawing up concepts from as early as 2007 was vital.

Peter Todd, who was appointed Estates Manager and Director of Royal Norwich golf Club Limited in July 2017, was on the panel that picked the contractor, bringing with him years of experience from Gleneagles and The London Golf Club, explains the rigorous process of making sure the best company were put in place.

"When making this decision it was apparent how important it was for the club going forward because we needed a contractor who we knew would be able to deliver the project to our requirements," Peter said.

"To ensure we got the best candidate for the project we came up with very objective criteria. Multiple contractors bid the work, and they were scored on this set of criteria.

"We looked at level of resources, how much labour was in house and how much was sub-contracted, financial stability of the company, their track record and reputation. So, there was a whole host of measures in place and it was scored by a professional panel.

Steve Briggs of MJ Abbott Ltd comments "It was important to the client that we were able to offer a full package including every aspect of construction including construction, drainage, irrigation and finishing works in-house with our own dedicated and trained staff"

In order to facilitate the existing 550-plus members, potential members and visitors the 18-hole championship course has been designed with up to 5 tee boxes on each hole, so that golfers can choose their challenge based on their ability, varying from a 5,300-yard round to the full 7,300-yard championship course.

Peter also stresses the importance of the six-hole course that is growing in popularity, giving golfers who have less time to spare a chance to keep playing the game, whilst giving young golfers a starting point.

Peter explains "Ultimately, with the club's new vision and strategy we want everyone from grandchildren to grandparents to be a member of the club, and by doing that recognising that golfers are started much earlier in life and playing on until they are a lot older."

Seeding the course is due to start in May 2018, allowing the course just over a year to grow and bed in before it opens in summer 2019, when Royal Norwich will leave their home of almost 125-years and begin life in their new club house and facilities.