Bury St Edmunds, Suffolk (17 May 2021) Royal Norwich, the first 'Royal' golf club ever to relocate to a new site, is the latest organisation to appreciate the multiple benefits of Ventrac. Situated on the Weston Estate to the north of Norwich, they recently took delivery of a Ventrac 4500 all-terrain compact tractor in dual-wheel configuration and a Contour mowing deck. 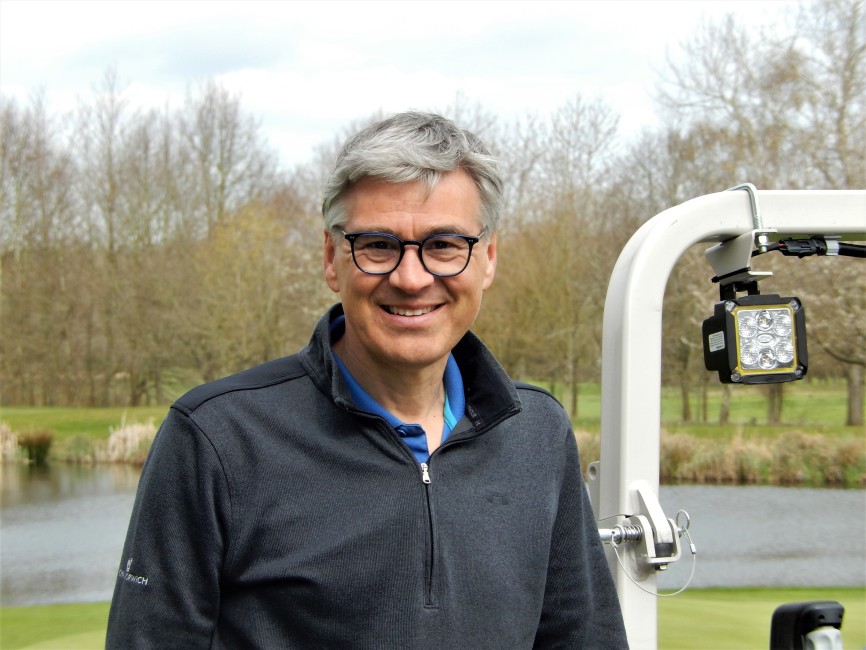 Estate manager Peter Todd is delighted by the Ventrac's versatility

Peter Todd is the highly respected turf manager who, in his role as estate manager and director on the Club's board, specified the purchase following a demonstration earlier this year. He began his career in 1990 working for Transcontinental Golf Construction, a hands-on role that included constructing the Nicklaus Signature courses at both Gleneagles and then the London Golf Club. He stayed on for the grow-in at the London, rising through the ranks to course manager, and managed the staging of numerous televised tournaments including the Volvo World Match Play Championship 2014 and the European Opens in 2008 and 2009.

"I first met Rupert Price, the owner of the UK Ventrac franchise, at London Golf Club just prior to leaving to take up this appointment," he said. "I was extremely impressed by it's all-round capabilities, but as I was leaving to join Royal Norwich, I didn't think it pertinent to pursue the purchase.

"However, that positive impression stayed with me and I contacted him for another demonstration, so that my new team could see it on our course and have the chance to evaluate it; a structured process of evaluation that we always go through when considering a major cap-ex machinery purchase. 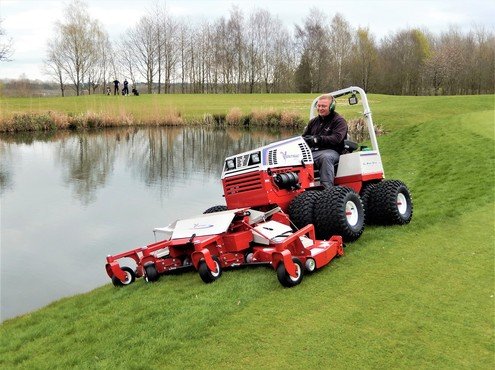 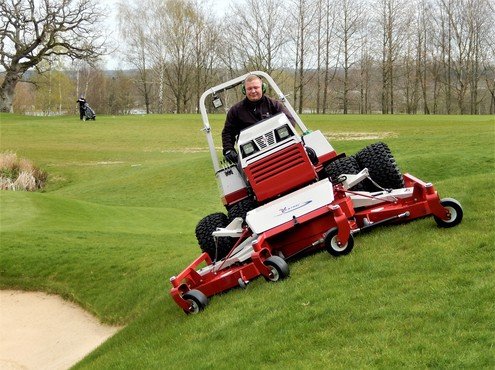 The Contour deck follows the undulations on greens and bunker surrounds

"My primary concern is the safety of my staff when operating equipment, especially on sloping terrain around greens, bunkers and tee surrounds. We demoed machines from the major manufacturers, but none could safely carry out these two prime tasks on the sloping ground.

"The Ventrac is the only machine that can handle the pronounced shaping around the course without scalping. It's exceptionally stable, especially with its dual-wheel configuration, articulating frame and low centre of gravity. The Contour deck flexes superbly to follow the ground contours and its counter-rotating blades ensure the cuttings are thrown backwards and not on to the greens. Its manoeuvrability around our rectangular tees is exceptional, allowing it to turn through 90 degrees easily and efficiently. What you get is all the attributes of a four-wheel mower with the manoeuvrability of three-wheel machine.

"I also like the out-front set-up of the Ventrac with all the attachments clearly visible to the operator. The 3-point hitch at the back is useful as we can attach drag mats and, because of its very low ground pressure, use it on greens for brushing in top dressing.

"Obviously, mowing slopes in the wet is challenging for most equipment, but this is where the Ventrac excels. However, in dry conditions the grass becomes 'glassy' and can be equally slippery, but again, not an issue for this machine. 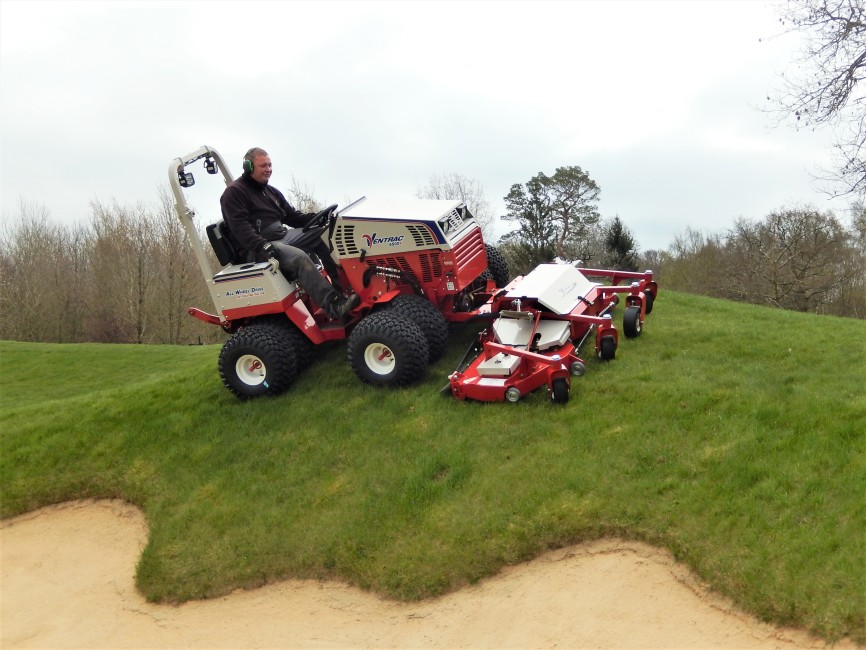 Greenkeeper is impressed by the slope climbing ability of the Ventrac.

"We had a demonstration of the Trencher attachment and I can see this being beneficial in soft areas, especially in the autumn and the blower is a definite possibility as we are a parkland course and can get out in the very wet winter and spring conditions that have become a feature of our weather. This is undoubtedly, a very versatile machine."

The Royal Norwich course at Weston Estate opened on 16th September 2019 with Ryder Cup legend Ian Poulter playing the inaugural round to mark the completion of the 10-year project to create a world-class sporting venue in East Anglia.

The 18-hole genderless course was designed by Ross McMurray of European Golf Design and built by the UK's leading golf course contractors to the highest industry standards. It is capable of hosting the sport's leading events in the future. It also includes a 6-hole academy course, built to the same specifications as the main course and designed to both encourage new players into the sport and limit playing time to under an hour; something which has been identified as key to growing engagement in the sport.