Fresh off the success of the 2019 Open Championship it hosted, Royal Portrush Golf Club has signed another five-year agreement with Toro, bringing the relationship between the historic club and the brand to 30 years. 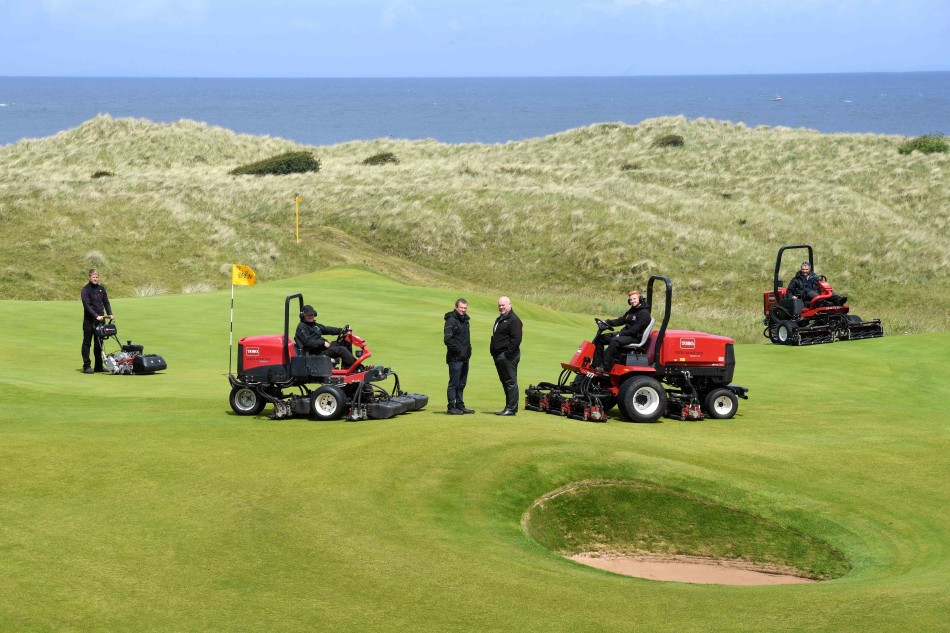 When we last spoke to course manager Graeme Beatt The Open had just concluded and recovery of the course was paramount. Now, Graeme can look back at the event and all that came with it.

He reflects: "In the four years running up to the competition we made some big changes. This included adding seven new holes, 34 tees and 22 bunkers across both our courses. And the Dunluce links course, which held The Open, had added five new greens, 19 tees and 18 bunkers, plus changes to every hole of some kind. Additionally, two miles of road and 18 miles of pipe and ducting were installed to accommodate new infrastructure for spectators of The Open. Toro machinery and irrigation were integral to our prep, the course maintenance throughout the event and the aftercare. And the whole time we saw excellent results which, with 25 years of experience with Toro at the club, was nothing less than expected!"

It's this long history of Toro's excellent performance and reliability that saw the club sign a further five-year agreement at the conclusion of last year, continues Graeme: "I've been using Toro for the majority of my career and during that time the machines have proved themselves to be reliable and robust. The finish they provide is second to none. Combined with the excellent service from Reesink Turfcare, there really was no question who we would turn to for our next renewal, especially after the huge success of The Open, which was a real team effort.

"Reesink loaned us 25 Toro machines, joining our 50-strong existing fleet, and we simply wouldn't have been able to make such a success of hosting the event without that help. With many of the players staying late to get extra practice, we had to get the course - all 7,300 yards of it - ready within a very short time period each morning. And it wasn't just the increased number of machines that allowed us to do this, but the efficiency and quality of those machines."

And the quality of Toro machines was further proved after the conclusion of the competition. With so many spectators, a huge 237,750 making it the highest attended championship outside of St Andrews, Toro was needed to help with the recovery of the links course.

"The course was generally in great condition when the competition ended as the maintenance throughout was to such a high standard, from both the machinery and irrigation," says Graeme. "However the spectator areas had seen a lot of stress, so it was important to have high-quality machinery to aid the turf's recovery, which of course Toro provided."

With the course back up to standard and a new agreement in place, Graeme's thoughts turned to the next five years and he has big plans: "We're looking at bringing in Infinity sprinklers across the whole course after seeing them in action on the new holes. They perform so well, particularly in windy conditions which we have a lot of here! We're also considering introducing hybrid mowers to the fleet. Not only are they better for the environment and eliminate any possibility of an oil leak, but they are now tried and tested machines."

But ultimately, what this latest deal does is "continue to provide golfers with a championship standard experience," says Graeme.