Myerscough College's nine-hole golf course is predominantly for the students education, however they also have private members as well. Regular meetings take place between golf teaching staff and a private members committee so everyones needs are catered for.

The students include some of the country's most promising amateur golfers. They train, as has long been the custom in many parts of the US, to be qualified as PGA Professionals and move on to either play in the major professional leagues, or to take up residence as a club's Pro Shop runner. For them, the variety of holes is a pleasure.

For the greenkeeping and groundsmanship students, however, it is simply a valuable tool to better ready them for whichever type of course they may end up.

The ground beneath the college was originally waterlogged farmland, but the golf course was constructed with no expense spared, and the holes are split between parkland, marshland, links and even experimental surfaces used at very few other clubs.

This is a delight for the college's Head Greenkeeper John Berry, as it would be something of a pleasure for most greenkeepers to experience, but beneath the top level will always lie the same difficulties, such as a tendency to develop moisture-activated diseases.

John, 61, said: "Fungicides are the important issue for me, because when we get our students back, that's in the middle of September, and they want the golf course from then until May." 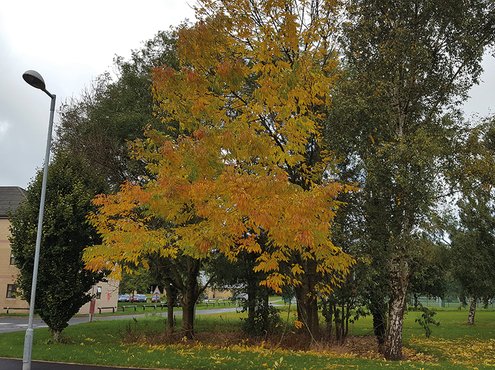 "And we can't have scars cropping up for them or what have you, so it needs to be perfect right through what is basically the football season."

"We don't really have a normal golf season, which is why we don't do normal renovations. We certainly don't do one big rip-apart job at the same time of year all the other courses are doing it."

"Over the years, through Gary Potter at ALS, I've got these fungicide packages that are designed to be used at specific times of year, and they've been useful."

"We've had times when a lot of people in the area have been telling me they've been having a lot of problems with disease, and we've just not shared them. Last year, I mainly used Bayer products, but this year I've moved onto a combination of the Instrata standard and the Instrata Elite with 50/50 fludioxonil and difenoconazole."

The course had a little Take All Patch around the greens at one point recently, because of an accident involving the equine centre.

About twenty months ago, thirty horses escaped and trampled one of the greens. Heavy dressings of rootzone to repair the damage caused the ground to become too alkaline. John told us that it was quite dominant last year. However, it was rid of quickly. It's starting to return mildly this year, but an application of Heritage Turf Disease Control with 50% azoxystrobin has smitten it again.

This was a focus for him, because this green was a practice area, and PGA students spend a lot of their time perfecting their short game on this surface, so its quality is important in their ability to continue learning to play the game well.

In addition to those learning to play as PGA pros, they have "a wide mix of people", in John's words. He said: "This is why my job can be difficult".

"Of course, you've got the golfers who don't want the place to be messed around with too much and, at the same time, the students of greenkeeping are just starting out and they're going to make mistakes. It's a delicate balance."

Asked about whether the course's greens are USGA spec, he said: "The practice area we were just talking about is actually a crown green bowling green. I've adapted it to be more like a putting green, but the construction there is based on the old clinker drainage system."

"It's a good material though. Don't get hung up on the fashionable stuff. It's basically a clay push-up with ly-tag-filled drains underneath."

"It's a very round particle, which originally comes from a volcanic source. So, the drainage it provides is excellent, and those things combined make for a good putting surface." 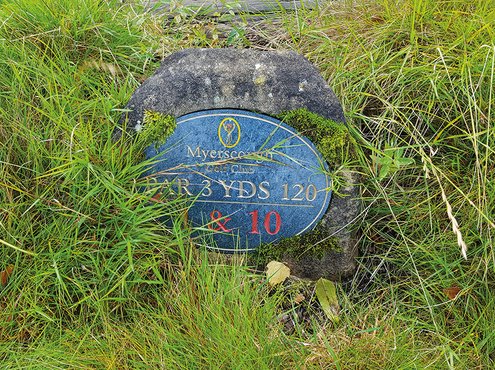 "The way it was taught to me when I studied was: we imagined we had a bucket of soil, then a bucket of marbles, and just poured the water over them to see the maximum potential for drainage."

"Knowing how the difference in drainage can potentially be that huge highlights to you that it must be on a spectrum, and smooth particles like that must help a lot."

On drainage, they also once had a visit from a contractor who showed them the oft-unspoken benefits of vertical draining over lateral draining.

This was considered, until they were quoted almost two-and-a-half times as much cost for the project over their traditional methods.

This allowed them to undertake other drainage projects, such as the extensive laterals under their new practice area, which is sandwiched between the course and the students' residences.

The site also has winter sports pitches, which are also verti-drained regularly with a machine that the college owns. Prior to the purchase of this, John always had it done often anyway, and made his reliance on its benefits clear.

At present, he verti-drains the pitches a few times during the early winter months, and makes sure to do the greens at the same time, as well as in February or March.

The pitches are taken around twelve inches deep with the longer tines, but even as far as sixteen with the extra-long contractor's tines. When doing the greens though, he needs to keep the work to around 8-9 inches, as the drains are so close to the surface. His cutting heights are 22-25mm for both football and rugby, to avoid damage. The practice greens are 4mm, and the course's greens have recently risen to as high as 5mm for the same reason.

John said: "They do just fine at that height. It also helps with the disease factor and in the wet conditions with cutting too."

"If you try to cut them too low when they're wet, the mower sinks in and when you think you're cutting at 5mm, you're actually cutting at 3mm."

The students do a lot of the aeration, because they have specific modules to cover. This is often uncomplicated and can include slitting, scarifying, and v-mowing.

John and his staff, however, tend to be more responsible coming into the winter, because they aim to reduce the incidence of, for example, annual meadow grass on the putting surfaces, and other issues which require quick, specialist attention.

The new training area was constructed by a local contractor. Such projects at Myerscough are based on capital bids, and this was won by the local firm.

As the college's funding is based on studentship, these bids are put in around July, then when the college finds out how many students it will have, they can arrange funding priorities around August.

Another source of revenue is facility hire. Blackpool Football Club's academy is run at the site, as is the club's under-18 squad.

The grounds used to feature a cricket square, so John was, at one-time, greenkeeper and groundsman for multiple surface types, having undertaken the cricketing groundsmanship qualifications through the ECB (England & Wales Cricket Board). Including John, there is a permanent staff of four on the college's team. This is usually complemented by a summer casual labourer.

The site covers around thirty hectares, including woodland. The playing surfaces make up around sixteen of those, including golf, football and practice areas.

There has also been a large investment in drainage work on the grass rugby pitches as well as the addition of a state of the art floodlit 3G sports pitch which is fully accredited for football and rugby use.

John was a civil engineer prior to working at Myerscough, and took that technical know-how into his next endeavour after deciding to transfer to turfcare.

He associates this higher level of engineering knowledge with the change that came later in his career, feeling that one needed to be very apt back then to pass qualifications:

"When I was taught here the highest qualification was a National Diploma, and all the teaching staff also had these certifications.

"Now, they do a lot more testing on the playability of surfaces, which can't be a bad thing. In my day, I think the focus was to get the agronomy right first, then care about the surface. Now, the grass is the priority, and they learn the science if they have to."

"They go out onto the greens with stimpmeters, use Clegg hammers, and onto the football surfaces testing the reaction that the surface gives."

"At the end of the day, our job as groundstaff is about making the student experience the best it can be when using our facilities."