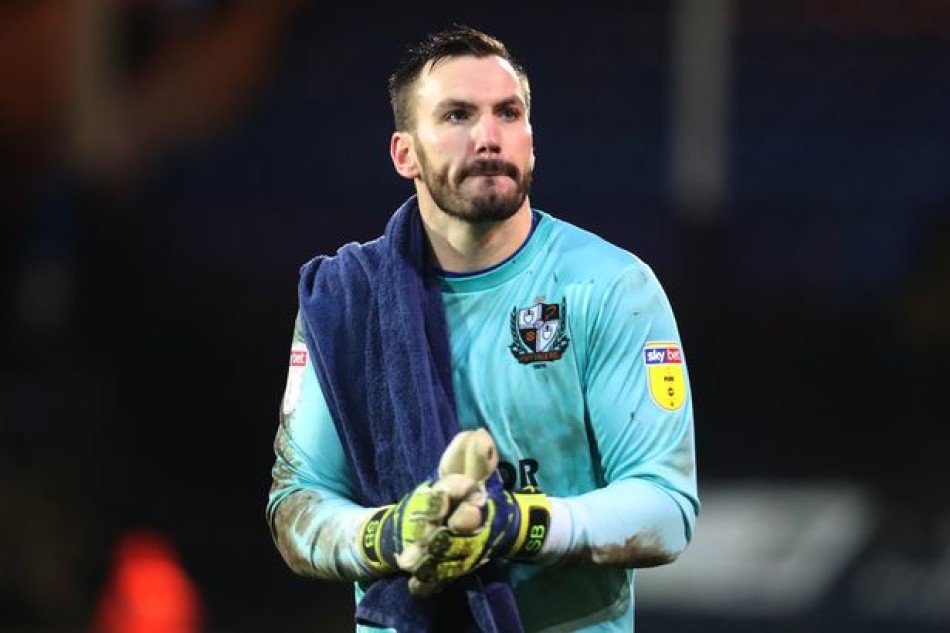 The keeper says the pitch badly needs money spending on it because Speed is being left with an impossible job.

Brown highlighted the pitch when asked why he felt the Valiants' away record - with just two defeats in their last ten games - is so much better than a home record of just one win and three draws in the last 11 games.

Speaking after the 1-0 defeat at home to Carlisle, he said the pitch is working against the Valiants, adding: I think everyone has seen what good football we can play away from home on better surfaces. That out there is not acceptable, it is unacceptable for a professional football club in League Two.

"But that is unacceptable for a League Two club, it is the worst in the league. The lads have got no confidence playing on it, you lose your footing.

"You have seen today, a bit of rain and it is lucky to be on. I don't think they would have started the game with puddles appearing. It is not Speedy's fault but some serious money needs to be spent on it because that is not acceptable for a professional football club."

Vale have an old fashioned pitch from when the ground was built it 1950. That makes life much harder for Speed than for groundstaff at League Two rivals who have had new pitches installed, or had new pitches when their club moved to a new ground.

The groundsman also has no control over when, for example, home managers might want the grass left long, but Brown feels the issues with the pitch are more fundamental than that.

For the full article visit: www.stokesentinel.co.uk/sport