Brora GC in Sutherland has had twelve months like no other in its 130-year history. 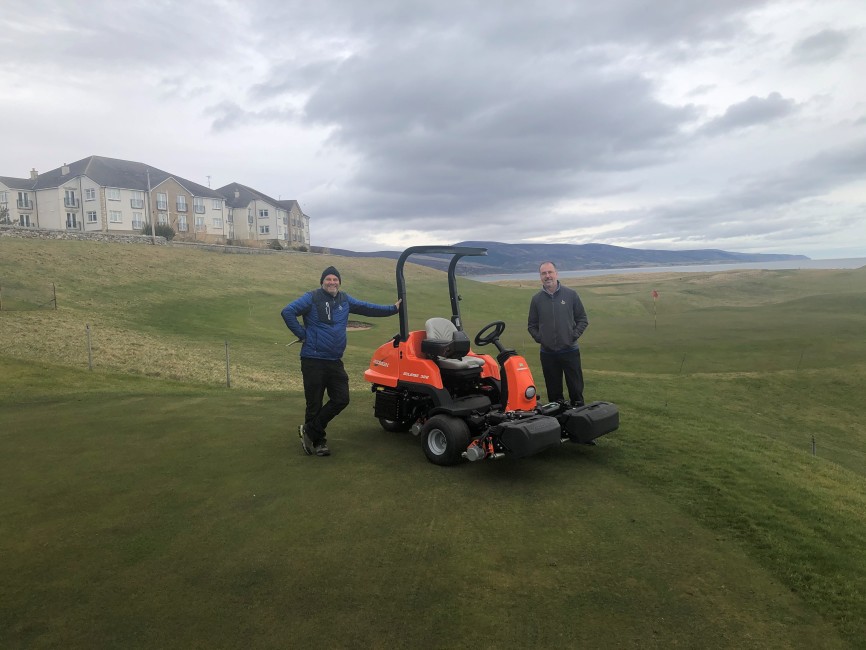 In common with many golf clubs, last March, it experienced the lows of the pandemic and the harsh reality of a much-reduced income. "We were flying high with consistently good visitor numbers and then it all stopped dead," said head greenkeeper, James MacBeath.

However, what happened next took everyone by surprise.

Resourceful enterprise from within the club, saw Brora launch a local membership campaign which ended up with global interest. Golfers from across the world rallied for the club that has Tom Watson, five times Open Champion, as an honorary member. Astonishingly, membership climbed from 500 to 700, which took in over £280,000 and the online sales in the shop reeling in over £40,000.

"It was just great that our plea was heard, and we were so grateful for such instant response," continued James MacBeath.

But more good news was to follow. In March this year, after a four year initiative, the club became the landowner of its own links. For just the small sum of £70,000, including a £20,000 grant from the Trustees of local Kilbraur Windfarm, it was able to purchase the land on which it stands, from landowners Sutherland Estates.

"It's all transformed so quickly. We continue to operate with two furloughed staff on rotation until September, so there are just three of us making sure the visitor experience is still as worthwhile. It's hard going but we will come through. Once the club can move beyond all restrictions, we will be in good place," said James MacBeath.

One of the upshots of a little more financial stability and an increased membership, was to bring in some additional equipment. While decisive about the machine required, the financial ups and downs meant it was essential to secure excellent terms. James MacBeath, in conversation with his opposite number, Muir Ross, at neighbouring Golspie GC, found out that both clubs wanted a Jacobsen Eclipse 322 greens mower in the same timescales, from dealer Fairways GM at Inverness.

"Talking it through with Muir, it made sense to buy these together to benefit from economies of scale and look for the best deal long term. John Morton, Area Manager at Fairways was happy to oblige especially as it was a second Eclipse for both clubs and he knew us both well.

"Now it's here, it's gone straight into use with the original one, bought in 2011, still going strong. Currently we're out every morning at 5.30am five days a week and by mid June that will be up to seven days. Quality is always the determining factor for me when I choose a machine. The units on the Eclipse still beat all others in the market. It's got to be to the required standard every time. A clean and professional finish is essential.

"However, it says a lot for both our clubs - that they have gone above and beyond to back their greenkeeping teams with machinery investments at the appropriate time. We've also been well served by the team at Fairways GM and they always make an effort to attend to us quickly."

John Morton said: "Brora and Golspie's arrangement to buy in tandem was a useful way to do business as they are just six miles apart. It's testimony to the Eclipse's quality of cut that they both decided to go for the same machine again. They are not alone choosing to upgrade their Eclipses but still retaining their older ones for the fleet."