by Phil Helmn MG
in Renovations & New Builds, Technical, and Golf
on 04 Jan 2022

Sene Valley Golf Club in Hythe, Kent have embarked on a long journey to improve the course's infrastructure that involves all aspects; cost-effective greenkeeping, long term development, agronomic stability, replacing an ageing machinery fleet and improving the course. Phil Helmn MG has been tasked with delivering this ambitious project within the next three years. 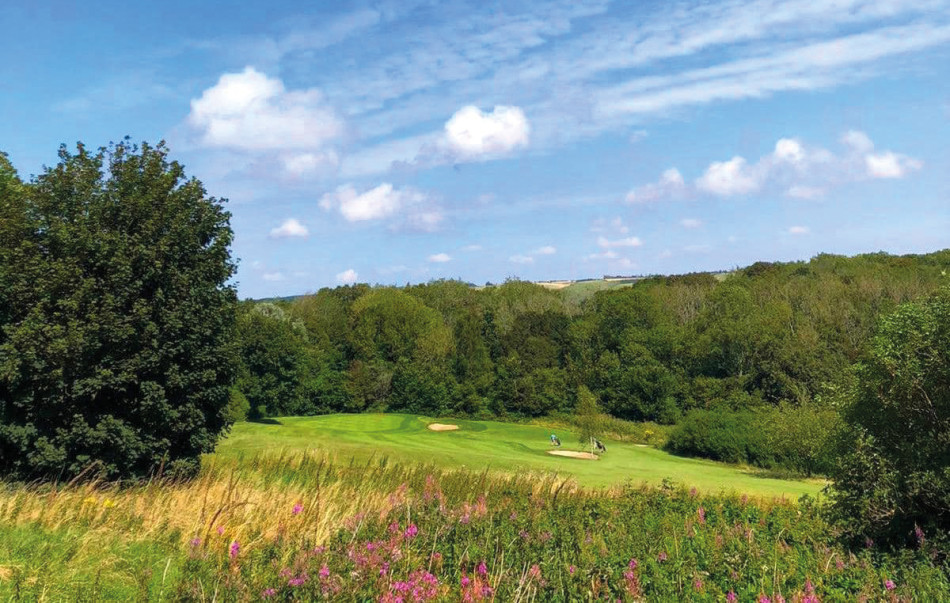 Sene Valley Golf Club is located at the top of Blackhouse Hill, just outside Hythe in Kent, and is a welcome and memorable test of golf to all levels of player. It offers an undulating challenge to players of all abilities, with many natural hazards, tricky par threes and well protected greens.

Sene Valley boasts beautiful undulating fairways due to its coastline layout on many of its holes. It is not, however, a seaside links, but has more of a cliff top, downland feel which is soon realised on arrival as the course weaves through stunning pine and birch trees, with spectacular vistas across the English Channel seemingly from every direction. Sene Valley isn't a long course, but those who turn up expecting a glut of birdies will only live to regret it.

The land which is now Sene Valley was once the home to Hythe Golf Club. Hythe was founded in October 1894 and occupied the land up until the outbreak of WW2. In its heyday, it was an extremely respected club, boasting full membership made up of primarily wealthy local businesspeople and flourished throughout the early 1900s. Many famous pro golfers visited the club for testimonial/exhibition matches which added to the club's local stature and popularity.

This all ended with the outbreak of WW2 and the land being requisitioned by the Ministry of Defence due to its cliff top strategic location. Unfortunately, as a result, the land and its buildings were extensively damaged, and the membership did not have the resources following the end of the war to conduct the necessary repairs to both the course and clubhouse. Hythe Golf Club remained abandoned for decades, eventually reverting to farmland for grazing, and the club disappeared. 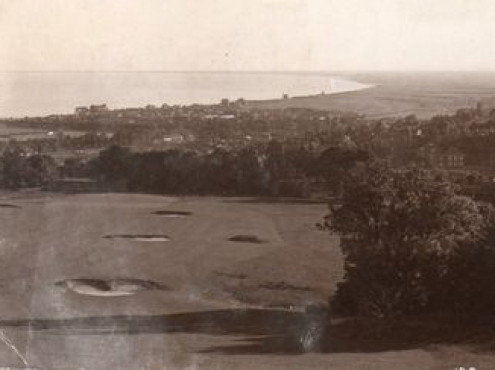 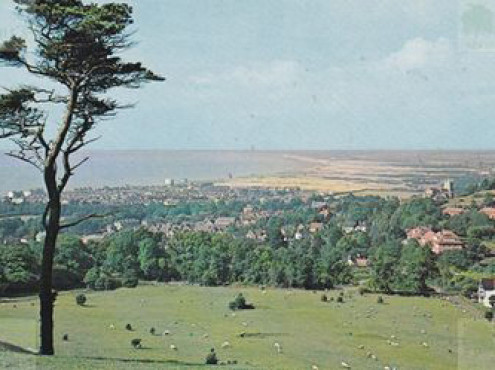 In 1965, The Radnor Estate purchased the site of the former Hythe Golf Course on behalf of Folkestone Golf Club, which leased their golf course on the Radnor Estate at the time. They engaged Henry Cotton, whose playing days were over but, by the mid 1960s, had moved into teaching and course design. Cotton had notched up wins at The Open three times in 1934, 1937, and 1948. In addition to those popular victories, Cotton also won thirty tournaments in Europe. He played for his country in three Ryder Cup matches and twice captained the British team. Cotton's brief was to design the new course using the Hythe layout as the bones as a starter. The Estate also constructed a new clubhouse, and the new club was then leased back to the members in 1966. So, the present Sene Valley Course occupies most of the original area of the old Hythe Course, but the configuration of the holes is different.

I was extremely fortunate to be asked to join the Sene Valley team and begin work on a vision plan for both the existing greenkeeping team and the golf course. The plan involved mapping out the next three years with key objectives and S.M.A.R.T. goals (or milestones) plotted along the journey. The foundation to this elementary process was based on the following: 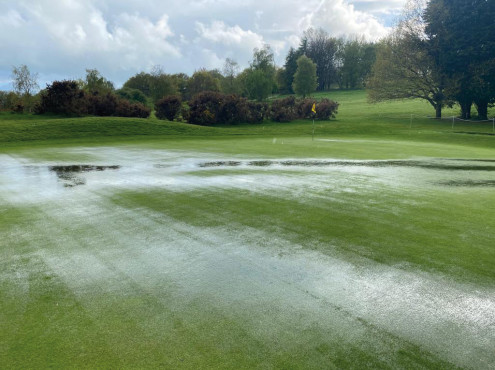 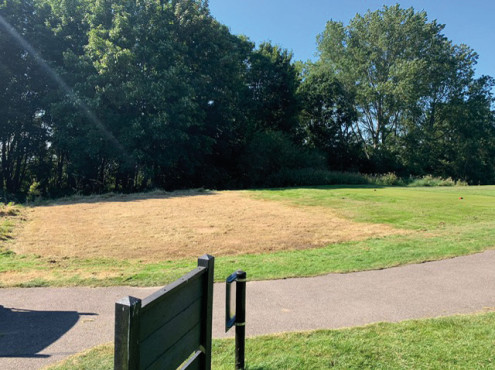 1. Cost-effective greenkeeper knowledge to highlight significant cost savings on machinery and materials within the existing budget which could then be reinvested into the club

2. Mapping the long-term development of the team, the agronomics and the presentation of the golf course. This is achieved by developing the right personnel with the right values and knowledge whilst having the backstop of expertise always on hand

3. Team building, culture development and building motivated teams will translate into success and elevated levels of presentation for the club

4. Long term gains are achieved by understanding that golf clubs are businesses, where a quality golf course not only enhances the enjoyment for its members, but can also attract customers from far and wide which helps to generate greater profits for the club to re-invest.

Team become confident, dynamic, self-sufficient and respected as a professional unit within the club. Golf course on a sound agronomic path where cost effective programmes firmly in place. 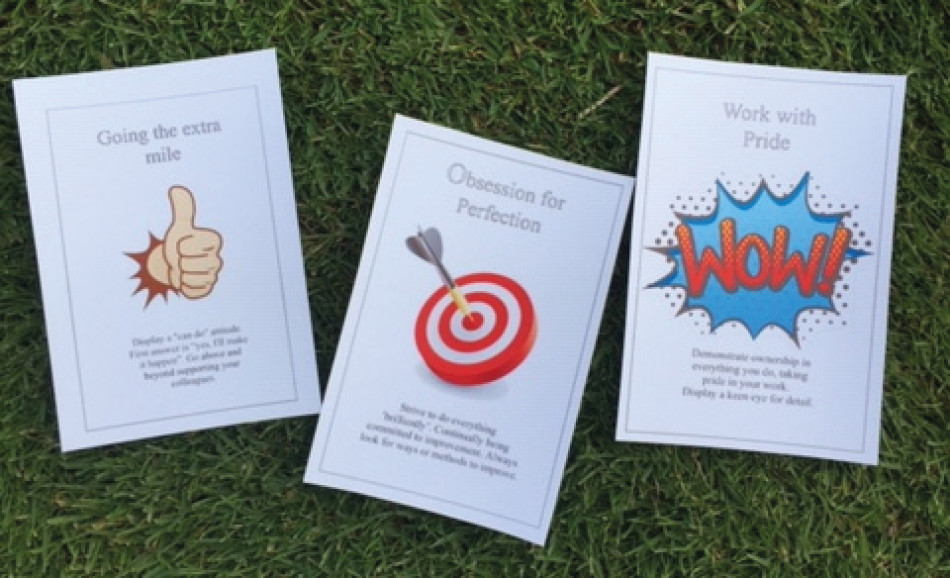 Officials at Sene Valley are genuinely forward thinking and realise that the club's long term success is reliant on a solid plan for the future. The greens committee and I have been tasked with creating a vision document or blueprint for alterations and improvements to the golf course with associated costs. Costing such work is vital for the finance committee to allocate funds and make provision for the works. Like me, you will discover finance people simply hate surprises and, by producing a costed believable plan of works, keeps them happy(ish)!

Like most large projects, producing a document of this size can seem quite daunting, but by far the best way to tackle any large-scale job is to break it down into smaller, more manageable pieces. The process therefore initially involved identifying the large problems/issues the golf course suffered from, then moved onto smaller issues which needed improving. With these 'problem' items firmly at the top of the 'list', it was a matter of breaking the remainder of the jobs into hole-by-hole smaller issues.

Obviously, the overall aim of the committee was to picture what the golf course should look like regarding visual appearance and, just as importantly, ensure it was agronomically stable. All this 'visual' improvement needed to be supported with a solid behind-the-scenes infrastructure to support the future developments. 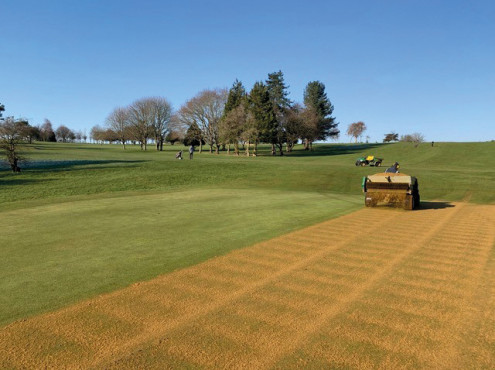 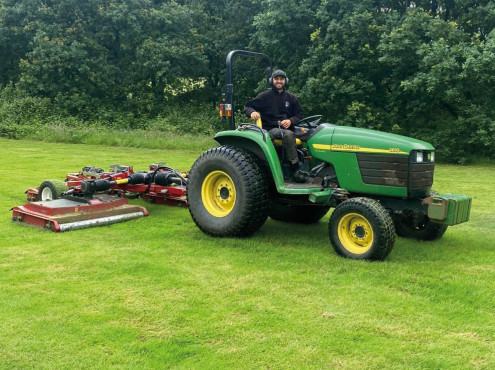 The key areas we decided required improvement were:

• Improve greens which were prone to waterlogging, predominantly poa and high thatch levels 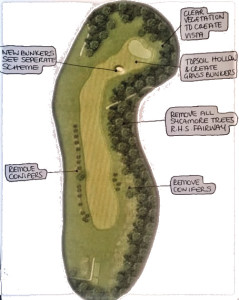 • Invest in team numbers and training and personal development

Now I know what you might be thinking, wow that seems a lot of work! Where do you start on such a mission? Well, once all the areas to be tackled have been thoroughly identified, the next part of the process is to record this information and begin working on an order of works. Obviously, the priority must be given to jobs which will reduce the risk to the course deteriorating further or pose a significant risk to the health and wellbeing of the agronomic stability of the greens and tees as an example.

Other decisions can be made based on cosmetics and infrastructure which have reduced risk to the course and club. However you decide to organise the tasks in hand, it is vital that you follow a process, and by far the best one I have used with great success is the model originally discovered by Henri Fayol. These five steps of managing the overall project is key to success. It formalises the initial idea, the planning, carrying out the works, constantly monitoring the individual tasks progress and finally closing each completed element. 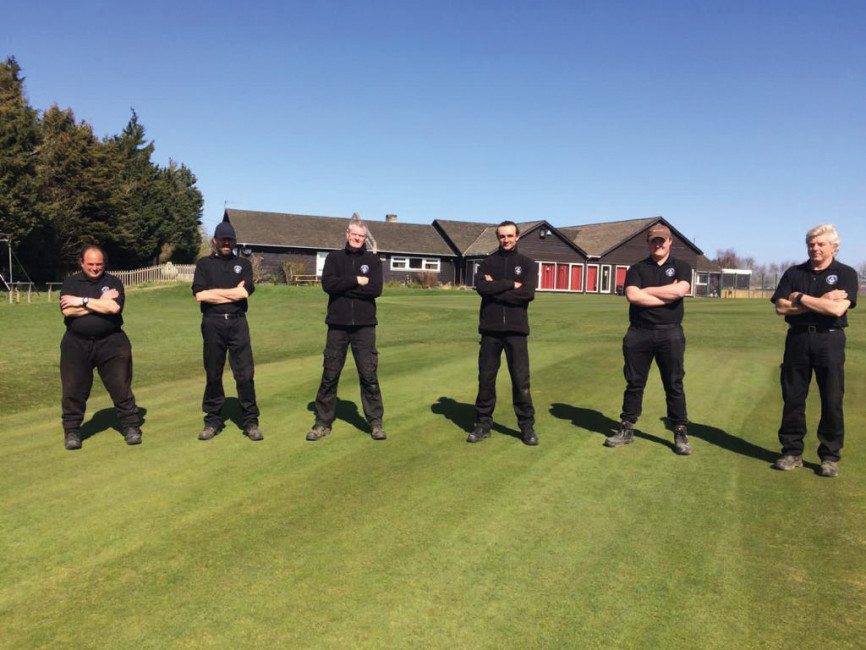 The underpinning key to our overall success falls down to two key elements. Communication is vitally important and, to that end, we have instigated a video platform to 'get the message out' as and when it happens. We've decided to video every key job as it happens to reduce negativity and involve as many people in our journey as possible. The other, equally important factor is to improve the team's culture so that all these amazing differences can flow more freely. We have introduced a set of three team values which everyone is encouraged to demonstrate daily. They are:

1. Going the extra mile. Display a "can do" attitude. First answer is "yes, I'll make it happen". Go above and beyond supporting your colleagues

2. Obsession for perfection. Strive to do everything 'brilliantly'. Continually being committed to improvement. Always look for ways or methods to improve

3. Work with pride. Demonstrate ownership in everything you do, taking pride in your work. Display a keen eye for detail

The whole Sene Valley team, and let's not forget the membership, have started a long but exciting journey indeed! In the first six months of my new role at Sene Valley the foundations have been firmly recognised and embraced by everyone. We have begun involving as many members as possible and increased our communication levels. We are on our way, so watch this space for future developments and hopefully some great updates in the future!