Sentosa Golf Club has officially reopened its world-class state-of-the-art championship course, The Serapong, after it underwent an extensive renovation to maintain its immaculate conditioning and playing standards. 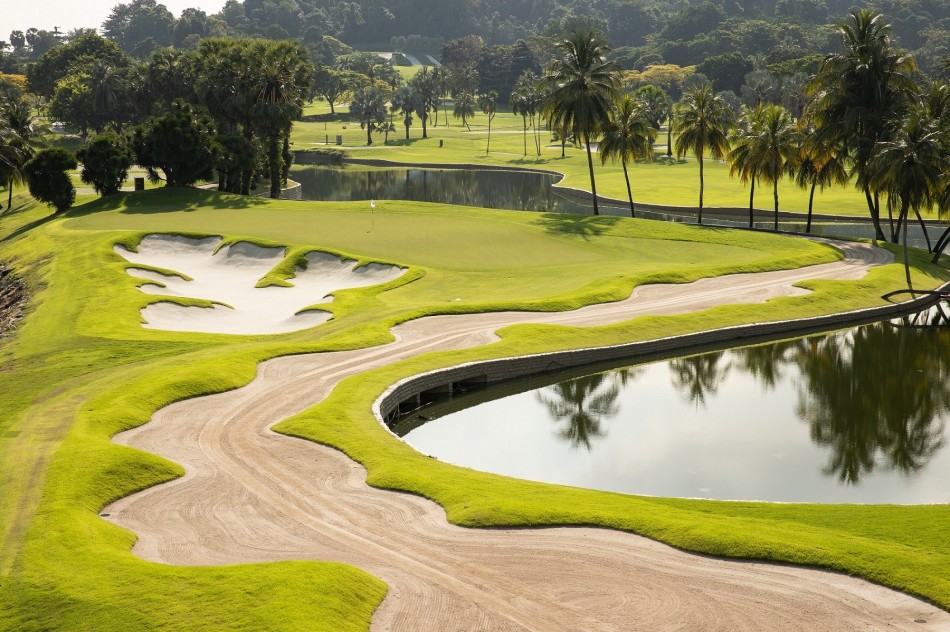 The 14th hole on the newly renovated Serapong Course

The renovations are headlined by a new bunkering style with creative, artistic serrated edges to enhance The Serapong's character and overall strategy, whilst elevating the course to a new level on the world stage. The club used 6,000 tonnes of new sand during the renovations to reinstate consistency, texture and tournament ready compaction for improved playability.

Modifications have also helped to enhance and preserve the personality of many of The Serapong's iconic holes, including the signature 5th hole, which overlooks metropolitan Singapore and its bustling port.

Masterminded by Andrew Johnston, the club's General Manager, Director of Agronomy and resident Golf Course Designer, The Serapong has been closed since March and, alongside the new bunkering, a number of other key course upgrades were implemented during that time.

These included the re-grassing of fairways, rejuvenating them with minor grading adjustments and improved drainage strategies, as well as modifying the greens soil profile by introducing new carbon technology to boost soil chemistry and profile structure.

Enhancements to the greens are set to make The Serapong's putting surfaces even better, which is hard to believe given the wide acclaim they already receive from its members, guests and visiting Tour Professionals.

Finally, the renovations also paid close attention to the re-levelling of all tee boxes, reinstating them with the historic tabletop flat finish The Serapong is renowned for. It will enable the club to continue to maintain the tees at a super low mowing height of 3mm, improving the quality of the playing experience for members and guests.

Speaking ahead of The Serapong's reopening, which is a soft launch ahead of a grand reopening next March, Andrew Johnston said: "The last time The Serapong was renovated was nearly 14 years ago and since then the course has grown to become one of the world's best, picking up multiple accolades in the process. Despite the challenges presented by the worldwide pandemic, we have found a way to pull the Sentosa family together within the safe working restrictions to complete the works. This has been a very exciting project that was well overdue, and we are confident the changes implemented will only enhance the golfing experience for our members and guests.

"Being located in a sub-tropical climate means the golf course ages faster than an ordinary one, and these renovations are crucial to maintaining the quality of the playing surfaces, as well as the conditions and high-standards that we pride ourselves on here at Sentosa, 365 days of the year."

Dominic Wall - Director - Asia-Pacific at The R&A, commented: "The newly renovated Serapong looks great, and continues to showcase why Sentosa Golf Club is one of the world's leading golfing venues. It is fantastic to see that, throughout the entire process of the renovations, the project continued to align with the club's ground-breaking sustainability agenda. With our Asia-Pacific headquarters located at the club, we look forward to seeing Sentosa's members and guests back out on the fairways taking on The Serapong's unique challenge."

Cho Minn Thant, Commissioner & Chief Executive Offer at The Asian Tour, added: "The renovations undertaken on The Serapong by the team at Sentosa have been nothing short of breath-taking. The renovations have enabled The Serapong to retain its unique personality and characteristics that made it one of the world's top golf courses, as well as the best golf course in Singapore. With the course now reopening to members, we are looking forward to welcoming back Asia's best players next year to battle it out at the SMBC Singapore Open." 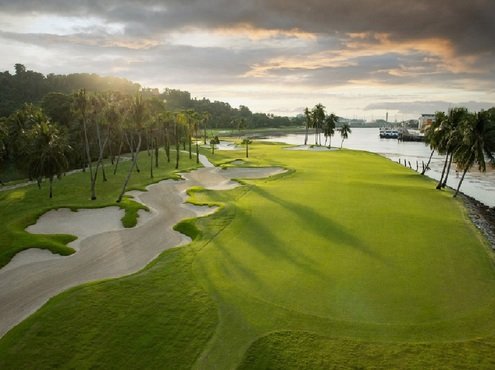 The Serapong was originally designed by the world-famous golf course design firm Golf Plan and Ronald Fream, opening in 1982. The course was further renovated in 2006 by the Bates Golf Design Group, who were led at the time by their VP of Design and Construction, Andrew Johnston, and whose designs have seen the course's trademark contours, extended stone-lined lakes and breath-taking Singapore harbour backdrop become renowned across the world.

It was recently voted 'Singapore's Best Golf Course' for the second year in a row at the World Golf Awards back in October and finds itself regularly listed as one of the world's greatest golf courses.

The Serapong has played host to the Singapore Open since 2005 (initially Barclays Singapore Open, then SMBC Singapore Open from 2015), welcoming some of the world's finest players such as 2005, 2006 and 2010 winner Adam Scott, 2018 winner Sergio Garcia and rising Asian star Jazz Janewattananond, who captured the title in 2019.

The 2020 edition was one of the most memorable in history with all three of Rio's 2016 Olympic medallists, Justin Rose, Henrik Stenson and Matt Kuchar in attendance. Kuchar eventually took the title finishing on 18 under par